Hughes, who along with Hitech GP had a tough start to the 2017 season, snatched the top spot on the grid for race one with a couple of minutes of the session remaining, after getting a useful tow from Callum Ilott.

It was a complete turnaround from free practice in the morning, in which Hitech's quartet was mired down the field.

"There was a little bit to improve in my driving in the chicane, and we thought we had something that definitely needed fixing," said Hughes, "but it seems like we've nailed it."

Of his slipstream of Ilott, he added: "I was already P3 before that, and then I backed off at the last corner so I wasn't too close.

"I don't think I did any of my best corners on that pole lap, and the biggest thing is he made a mistake at the last corner and went wide.

"After that I still had laps to go, but I couldn't get into the rhythm, but to be honest I don't care!"

McLaren-Honda protege Norris possibly got a sniff of a tow from Guan Yu Zhou, who was around a second up the road, but more importantly the Carlin star found his way to the hairpin apexes so that he nailed them sweetly, having been a long way adrift in free practice.

Pedro Piquet topped both free practice sessions and was also on top for some of the qualifying session, the Van Amersfoort Racing man finishing up just 0.015s off pole in his best Euro F3 showing to date to take third. 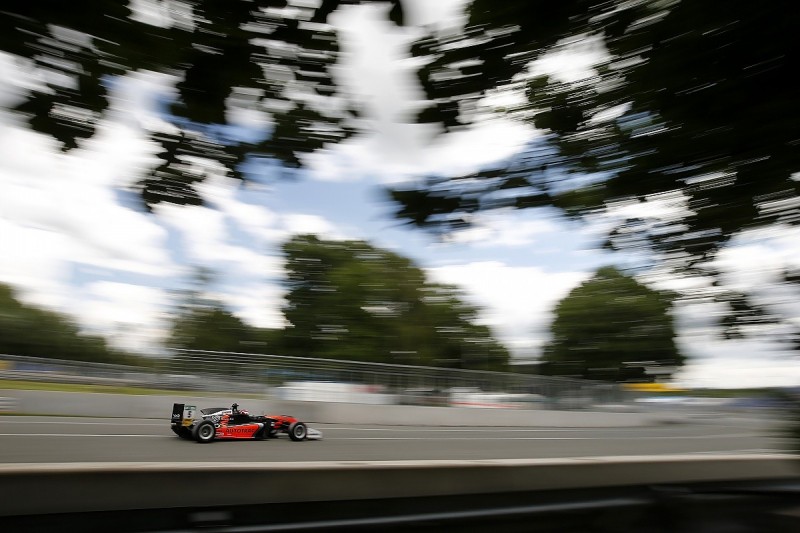 "The sector that we lost the most was sector one, where I lost a tenth, and on my lap I didn't have any tow," said the Brazilian.

"When we get the car to work well I can deliver, and the races before I was in trouble, but also not as fast as my team-mates.

Prema Powerteam pair Maximilian Gunther and Ilott qualified fourth and fifth, the two title contenders not appearing to pick up anything close to a tow from anybody.

Carlin's Ferdinand Habsburg, neat and tidy all day, secured sixth ahead of the Prema machine of Ferrari junior Zhou.

For the second round running, championship leader Joel Eriksson starts race one from the back row after taking 17th place.

The Motopark team founded a broken rear damper on the Swede's car just before qualifying, so there was an emergency change, and the squad still felt as though something was amiss with the set-up.