Richard Verschoor will join Van Amersfoort Racing for his third season in Formula 2 next year, the team has announced.

The Dutchman, who scored one win and three more podiums with Trident in 2022, will move to the Zeewolde-based VAR team for its sophomore F2 campaign.

He finished 12th in the standings in 2022, slipping one position in the standings from his disrupted 2021 campaign split between MP Motorsport and Charouz, taking his only victory at the season opener sprint race in Bahrain.

The 2019 Macau Grand Prix winner took a second victory in the Austria feature race, but was subsequently disqualified for not having enough fuel left in his car.

Verschoor took part in the Abu Dhabi post-season test with VAR, setting the fastest time on the opening day.

Speaking after the announcement, Verschoor said: “I am extremely excited to return to the F2 grid again in 2023 and I am really happy to do so with Van Amersfoort Racing.

“It is special to be able to announce this on my 22nd birthday as well! As both myself and VAR have grown a lot during last year in F2, I feel very confident about the upcoming season.

“For me, testing with VAR during the post-season test at Abu Dhabi instantly confirmed their extreme determination to further grow, and that suits my attitude very well!

“It will be an exciting year and I especially look forward to racing in Melbourne, not to mention Zandvoort. I’m ready for another year of F2 excitement!”

Verschoor stepped up to F2 for 2021 after two seasons in FIA Formula 3, and took his first win at Silverstone before having to sit out the Jeddah round due to funding issues. He returned with Charouz for the Abu Dhabi season finale. 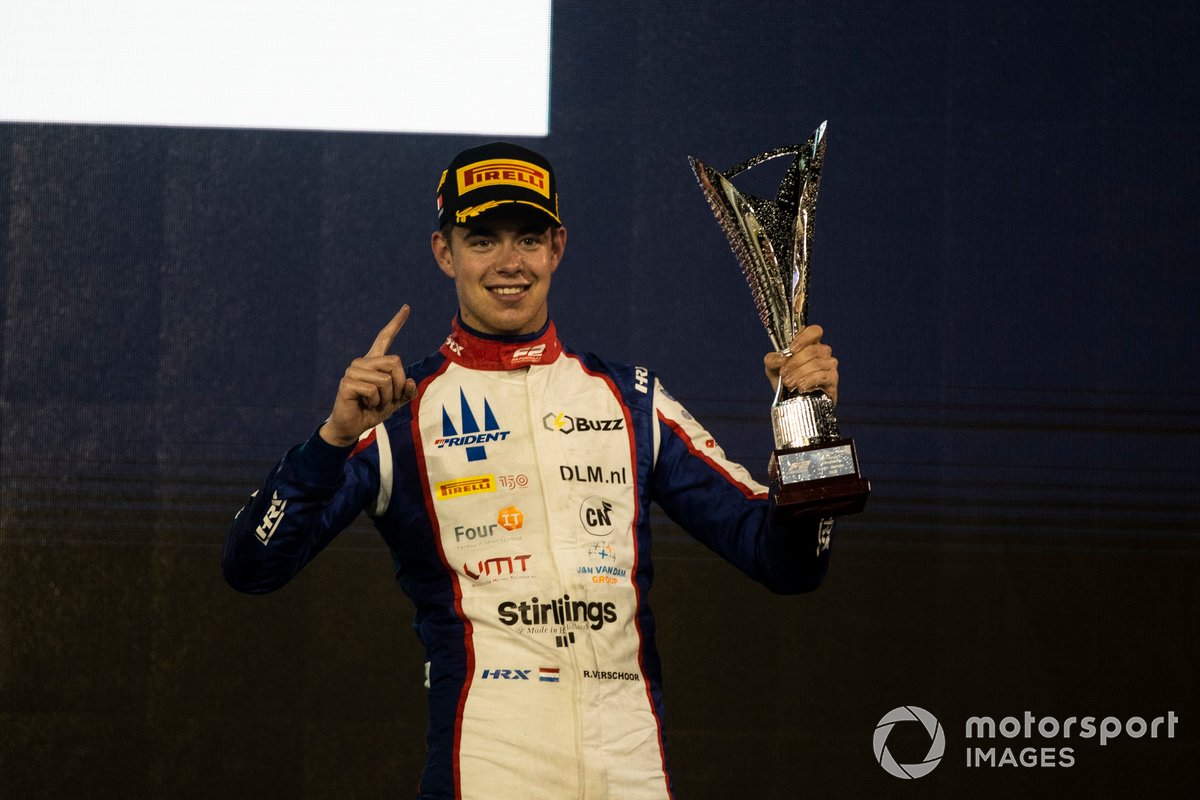 VAR ran several drivers in F2 during the 2022 season, with David Beckmann replacing Jake Hughes in the #24 car midway through the year, before Juan Manuel Correa took over for the season finale.

The #25 car was driven by Amaury Cordeel, who will drive for Virtuosi next season, at all rounds aside from Silverstone where Beckmann replaced the Belgian while he served a one-race ban.

Rob Niessink, CEO of Van Amersfoort Racing, said: “Of course, it is special to have a talented, Dutch driver like Richard as a part of our 2023 F2 line-up.

“It might be needless to say that we, as a Dutch team, enjoy very much the opportunity of having a countryman as part of our driver line-up, especially at this high level of racing.

“Last year we went on a huge learning streak, which for sure will continue into the new season.

“Richard brings, besides his raw talent and race craft, valuable F2 experience to the team and that will surely benefit us when it comes to further developing the car.

“He impressed strongly during the post-season test with us at Abu-Dhabi, setting the fastest overall time on the first day out on track.

“As last year, 2023 is going to be another exciting year for all of us and we look forward to the moment the lights go out for the first time in Bahrain!”

It is not yet confirmed who will drive alongside Verschoor at VAR in 2023.