The top 12 is reversed for tomorrow’s sprint race, which puts Logan Sargeant (Charouz) on pole for that race. Matteo Nannini (HWA Racelab) will start in second, with MP Motorsport’s Victor Martins in third.

The session at the Red Bull Ring was marred by heavy traffic that ruined many drivers’ laps. There will be an investigation after drivers were weaving on track, as well as slowing between Turn 9 and Turn 10.

Clement Novalak (Trident) was out on track first, leading the 30-car procession onto the circuit.

There were several near-misses as the whole field crammed into the short circuit, bunching up on the warm-up lap in an attempt to create a gap for a clean lap and warm the tyres.

Hitech Grand Prix driver Roman Stanek was the first to set a representative fast lap, with a 1m21.082, before being quickly beaten by a succession of other drivers. 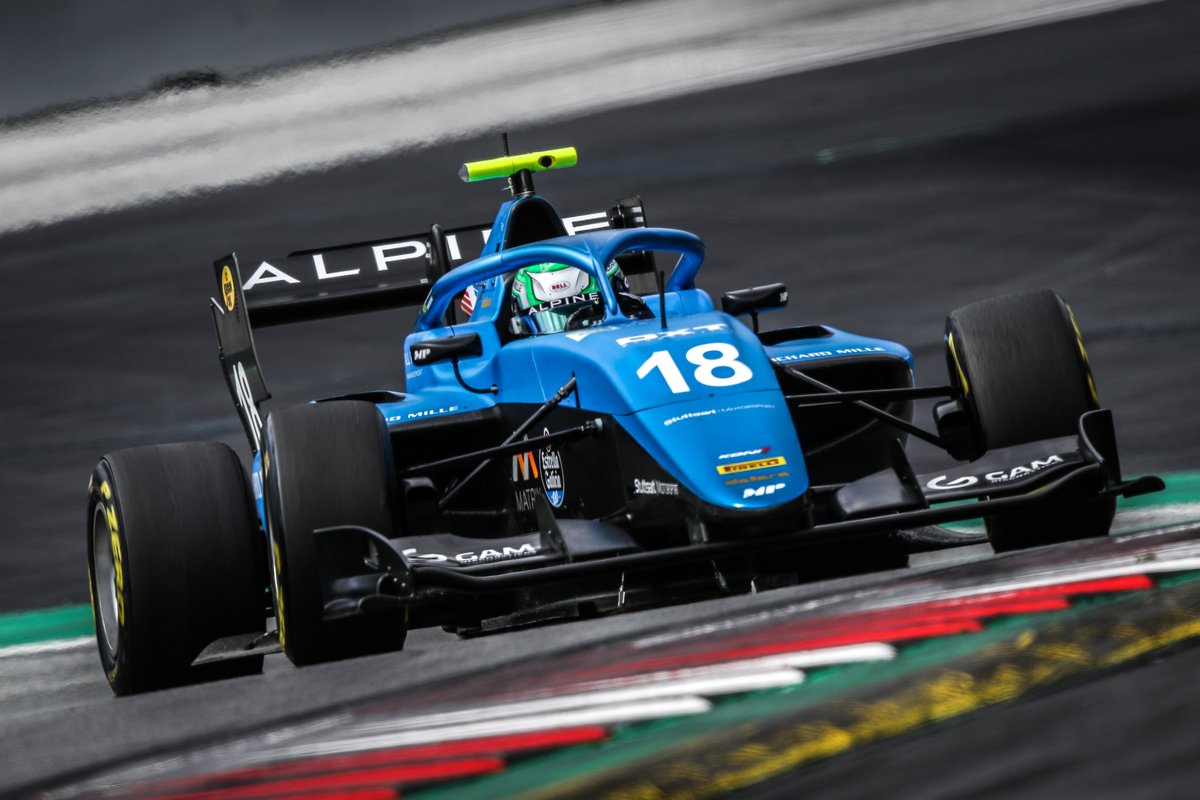 As the times tumbled, Vesti topped the timesheet, setting a 1m20.153 – just four-hundredths ahead of second placed Sargeant.

By the halfway mark, the top 22 times were within seven-tenths of each other, before drivers dived into the pits for fresh tyres and another chance at a quicker time.

As they exited the pitlane, Enzo Fittipaldi made contact with another car, with the Charouz driver under investigation for an unsafe release.

The session was then red-flagged after Carlin driver Ido Cohen - one of many who had been shown the black and white flag for breaching track limits - stopped on the side of the track near the start-finish line, before restarting several minutes later.

With just three minutes to go, the times began tumbling, with several drivers swapping places to take the lead.

Roman Stanek received a three-place grid drop after the race for impeding Lorenzo Colombo at Turn 9 during the session, and he will now start from P25.

Austria F3: Caldwell tops practice ahead of Crawford and Sargeant