Austria F3: Caldwell tops practice ahead of Crawford and Sargeant

Olli Caldwell topped the timesheet in FIA Formula 3 practice in Austria, beating Jack Doohan to the top spot after he had his time deleted.

Doohan (Trident) set a 1m19.745s lap to go quickest after a tyre change towards the end of the session sent times tumbling.

But the lap was deleted for exceeding track limits, handing the lead to Prema Racing driver Caldwell.

Championship leader Dennis Hauger, who won the first feature race of the season in Barcelona, only managed sixth place.

Smolyar set an early quick time of 1m21.531s, before Enzo Fittipaldi (Charouz Racing System) went top, shaving a tenth of Smolyar's time, before he too was pipped to the top spot by Dennis Hauger in the Prema car.

Caio Collet (MP Motorsport) was the first driver to break into the 1m20s, setting a 1m20.548 to go fastest, while others also broke into the bracket shortly after.

By the halfway point, Hauger led from Collet and his team-mate Victor Martins, who sits second in the drivers championship. 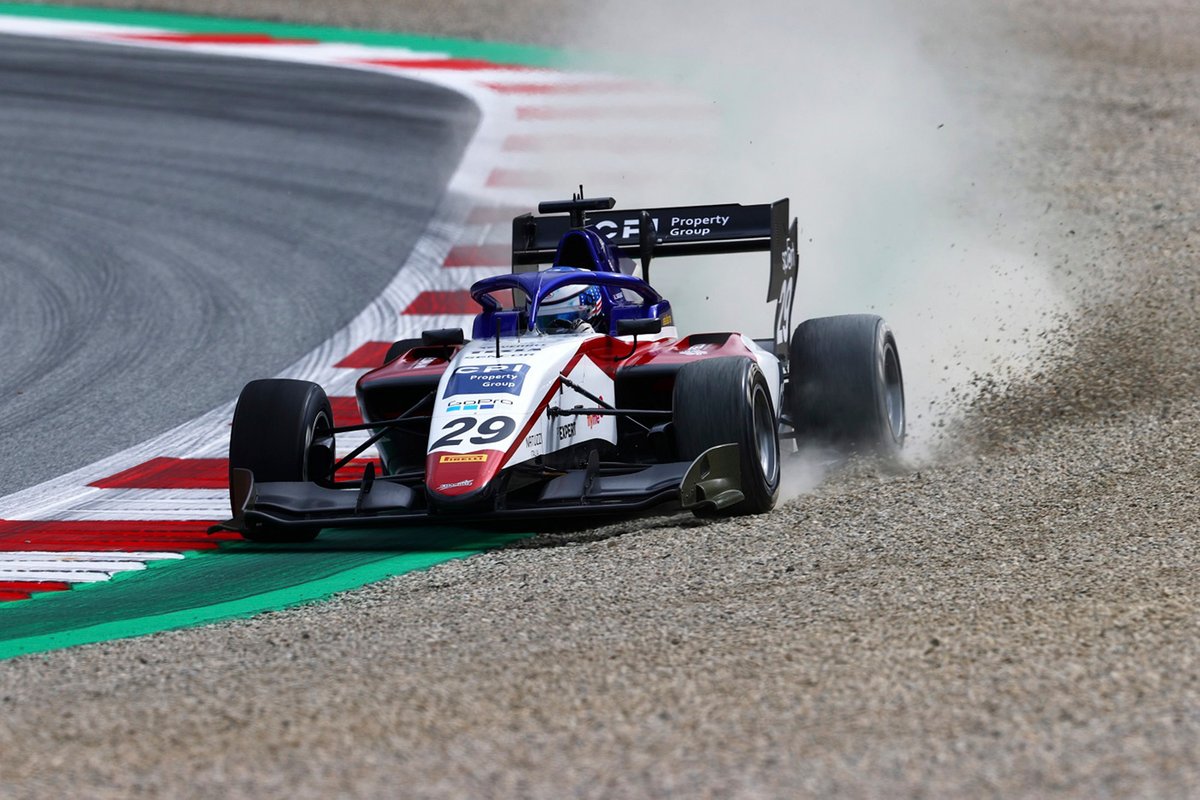 Juan Manuel Correa (ART Grand Prix) was placed under investigation for breaching track limits, with others including Doohan having times deleted. Campos Racing driver Amaury Cordeel and David Schumacher (Trident) saw the black and white flag for their infractions.

With less than ten minutes to go, two of the top three were Prema drivers, with Collet in second.

With fresh tyres on at the end of the session, Caldwell became the first driver to set a 1m19s time, going fastest before Doohan beat him to the top spot, only to see his lap time deleted late on.

The drivers will return to the grid this afternoon for qualifying, setting the grid for Sunday’s feature race. The grid for Saturday’s first sprint race will be set by reversing the top ten finishers in that session.