Prior to the five-month, 158-day mid-season hiatus, drivers Felipe Massa and Edoardo Mortara had combined to score a points finish for the team in each of the five races.

But at the Tempelhof Airport circuits, the duo has accrued only five points in total to fall behind series debutant Porsche in the teams' standings down to ninth.

Meanwhile, Mercedes - of which Venturi is a powertrain customer - has shown a marked performance gain to climb from fifth to fourth, despite a technical failure for Nyck de Vries and a puncture that preceded retirement for Stoffel Vandoorne.

Speaking in a select media press conference, Wolff said: "First of all, to make it clear, I'm hugely disappointed by our performances in Berlin.

"We are a team that were fighting for top six finishes at the beginning of the season.

"We were a team that did score in every race and a team that were very much seen and regarded as very competitive.

"Suddenly, we've come to Berlin and it seems like it's a stretch to even finish into the top 10, which for us is alarming because in the end we had a very productive offseason.

"We felt that we were coming to Berlin very well prepared.

Wolff reckoned that some of the performances could be attributed to qualifying form, with Massa achieving a best start of sixth ahead of the fourth race. 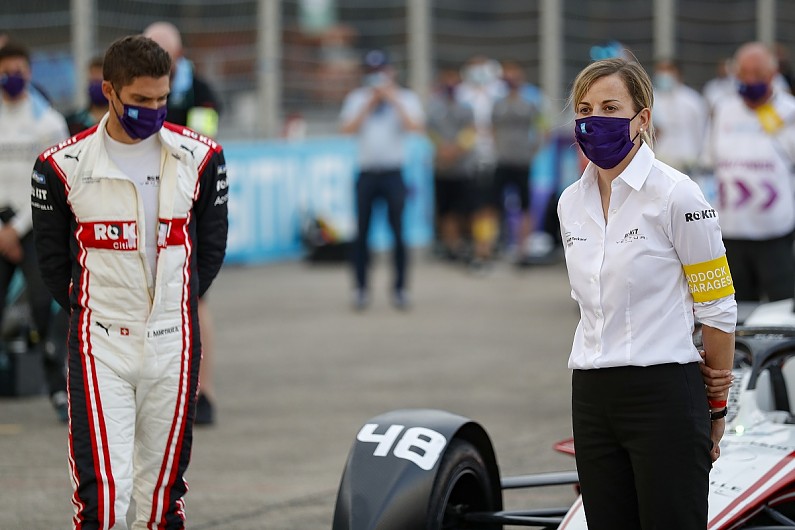 She added that the repeated use of the Berlin venue had caused the order to tighten up and was forcing drivers to take more risks on a flying lap and that errors had cost positions.

"When you have half a season condensed into six days, you've seen that it's massively reduced the deficit between the teams," Wolff said.

"There's certainly a much finer line between hero and zero because drivers are now hugely aware that if they don't get a good qualifying lap in, it's practically over for them in the race."

Wolff also cited race three victor Maximilian Guenther as suffering similar problems for BMW Andretti, given he had failed to finish any of the other rounds in Berlin.

The tight schedule also meant it was "difficult to comprehend" what Venturi had done right or wrong.

Wolff said: "We don't feel that we've done massively wrong in any areas, and it's not one area we're lacking.

"We're simply very close but not close enough to turn it into top points scoring finishes.

"But certainly it's something that we're aware of and going to try and rectify as quickly as possible."