This dropped them to fifth and seventh and, although they showed impressive pace to recover to second and fifth, da Costa held on to record a "historic" win for BMW Andretti.

"It was basically on regen - similar to what other people [including Lucas di Grassi, Sam Bird and Robin Frijns] had in qualifying and shakedown," Preston told Autosport.

"We had a similar issue but we thought we fixed it [after practice, where the team was fined €2000 in total for the offence on each car].

"It happened to us - early enough to get the [fine] - but we thought we'd fixed it and in the race it happened again.

"Now it's known - and so many people have obviously had the same issue - [fixing it permanently] will be the number one priority.

"We've tried a few things to come up with a quick fix and then there will be a more serious fix back at base.

"When you brake, the system has to keep below a certain kW regen [level] and you're trying to go down the line and follow the rule.

"If you spike across the line, it's actually quite hard - the brakes may lock or something - and then your control system has to react because now we've got brake-by-wire.

"That's why I think everyone had the problem, as they tried to follow the braking curve." 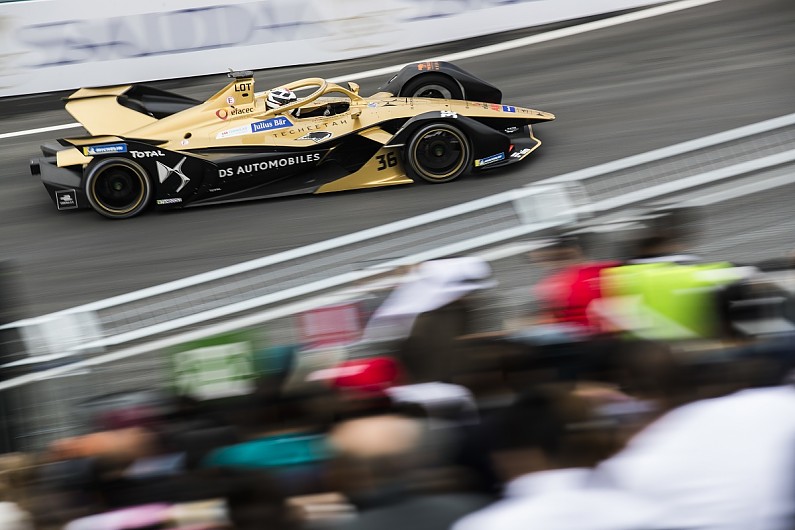 Preston reckons the issue is related to the introduction of the active braking systems on the Gen2 FE cars, but was unsure "why it doesn't come out in testing".

"[I suppose] it's just sort of the competition of a real race weekend," he continued.

"It puts everyone right onto the edge to try and compete. Sometimes more things show up in races more than they do in testing."

Asked if the team was frustrated not win the first race of the season, Preston said: "Of course, but at the same time we were super quick.

"We had all the strategy calls work well - even though we had the drivethrough.

"The car was super fast, the drivers were super fast, all the calls from the engineers were great, our operations were very good.

"So we'll go into the next race very positive, really, and have a good Christmas, I suppose!"