The long-expected move for the 18-year-old Frenchman comes after he made a late-season Euro F3 debut with the squad in 2017 at the Nurburgring.

He went on to contest the Macau Grand Prix, in which he finished seventh.

Fenestraz then joined Carlin's pre-Christmas testing programme with its flotilla of Volkswagen-powered Dallaras.

As a reward for winning the Renault Eurocup, Fenestraz has been promoted into the manufacturer's Renault Sport Academy, affiliated to the Formula 1 team.

"Since I first got behind the wheel of a Formula 3 car I really liked the handling and the aero efficiency of the car, so I'm really happy to compete in the 2018 European championship and to continue my journey with Carlin," said Fenestraz.

"The team is very professional in its approach to racing and you can quickly understand why it has such a track record in all single-seater categories!

"My goal will be to get first place in the rookies classification and to get the best result in the overall championship." 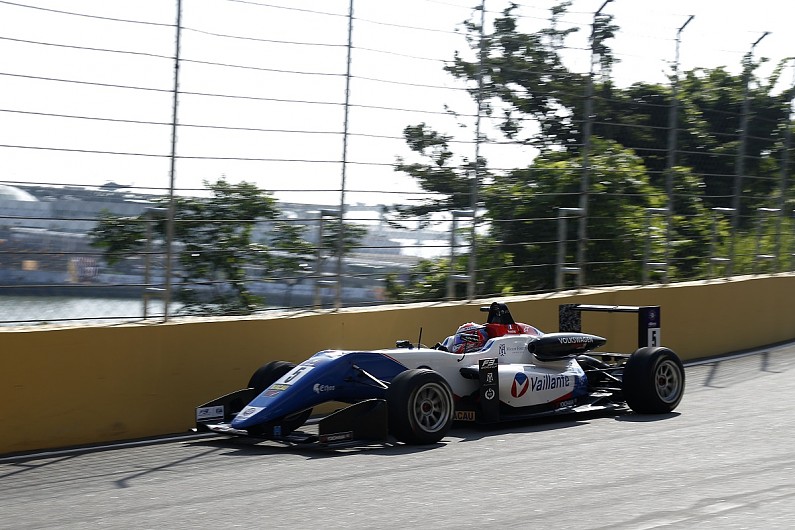 Team boss Trevor Carlin added: "Sacha has raced with us once in the championship already where he was extremely impressive in qualifying particularly.

"We were pleased to work with him again in Macau where as a rookie he was extremely impressive and finished the race very well - we know that he has the potential to do great things on track as he has already proven in the Formula Renault 2.0 Eurocup, so we have no doubt that he will be competitive from the word go as he hits the track this year."