The Indonesian driver stopped on the track after an incident on the final lap of the feature race and had to be helped out of his car before being taken to hospital for precautionary checks.

It was later confirmed Gelael suffered a broken D4 vertebra in his back after what was reported to be a 45g impact with a kerb.

Yesterday, DAMS confirmed Juri Vips will step in as replacement for the injured Gelael at next weekend's F2 round at Spa-Francorchamps, while he is provisionally set to retain the role for the Monza and Mugello rounds as the Indonesian driver completes his recovery.

Masi said that the kerbs in Barcelona meet the required FIA standards, but he acknowledged that improvements can always be made.

"They absolutely are fit for use, and safe from an FIA perspective," he said. "Safety is something we are continually evaluating, circuit design solutions and so forth, and this is no different to any other.

"We'll have a look at the details of the incident, together with our safety department, gathering all the footage and all of the available data, and if there's amendments required, then we'll make those.

"It's fullness of time, it's not a knee-jerk reaction at all. Certainly [it is] something that we're looking into, the causes of the true picture.

"I do a circuit inspection, a track condition report after every event, recommendations are made for the following year's event that you see through all the various circuit changes that occur year on year, some of which are quite public on television.

"And you can see that F1 through their graphics has been showing some of those, and some of them are more pure safety features that are upgraded. We'll continue to evaluate as we always do. Safety is something that never ends." 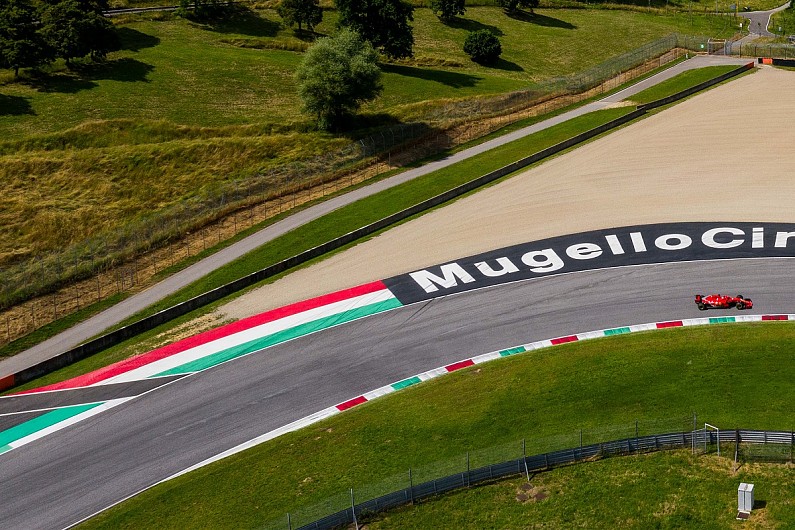 Masi inspected newly-added 2020 F1 venues Imola and Mugello last month, and this week he has been to the Algarve track.

Asked by Autosport about the Italian circuits he said: "I visited both venues after the Hungarian GP, and having never been to either of them, it was good to see.

"Both of them, there are some changes required from a safety perspective, but having said that, obviously with both circuits holding an FIA Grade 1 circuit licence, there were few improvements that were needed for an F1 race that will be made to both.

"And both circuits have been absolutely willing and accommodating to make those changes."