Juri Vips is set to make his FIA Formula 2 debut with the DAMS team in place of the injured Sean Gelael at Spa-Francorchamps next weekend.

Gelael suffered a back injury, sustaining a broken D4 vertebra in an impact with a kerb on the last lap of the F2 feature race at Barcelona last weekend, and has been ruled out for the next three rounds.

Vips, who will fill in for Gelael at DAMS and partner former F3 team-mate Dan Ticktum, will also contest at least the Monza and Mugello rounds.

Last year the Estonian raced in the FIA F3 series, winning three races and finishing fourth in the championship. He was also second at last year's Macau Grand Prix, where he took pole position.

For 2020 Red Bull steered him towards Super Formula rather than F2.

PLUS: The Japan-bound youngster hoping to be Red Bull's next F1 star

He contested one race last year, the Super Formula finale at Suzuka, but his season has been compromised by the COVID-19 crisis and travel restrictions that mean the 20-year-old has not been able to get to Japan.

Earlier this month he took part in the first rounds of the Formula Regional Europe series at Misano.

"I'm very thankful and happy for the opportunity that DAMS has given me," said Vips.

"I know it's going to be really difficult to just jump in with more than half the F2 season already completed, but I will do everything I can to give the team as strong a result as they deserve.

"I'm also looking forward to working alongside Dan, who I'm sure will help me get up to speed, and we will aim to get good points for the team." 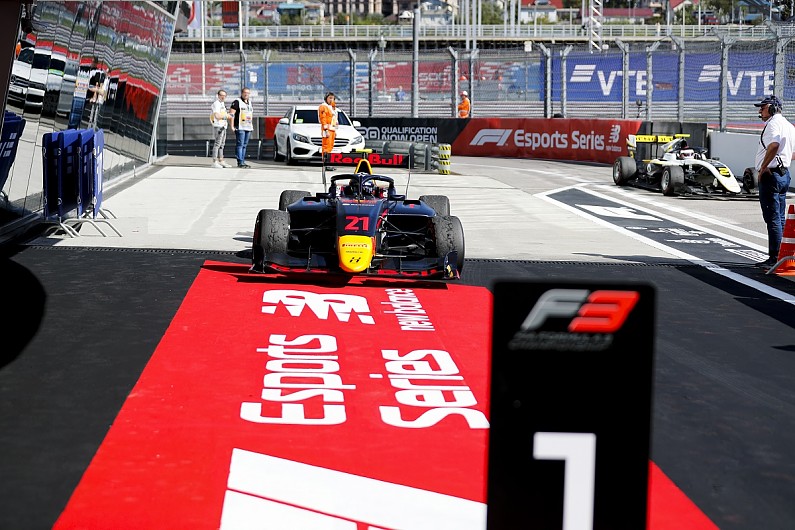 The DAMS team management added: "It's always difficult for a team to have to change a driver during the season, especially in the way it's happened.

"Sean is very well integrated and close to every member of DAMS, so this hits us hard.

"Nevertheless, we have to push on and ensure Dan has a good team-mate for the upcoming races.

"We have the pleasure to bring on board Juri Vips, who's a very talented driver and has shown his pace in junior categories.

"It will be difficult to get started because he's never driven in F2, so Spa is going to be more of a test than a proper race weekend.

"He will have good support from the team, the engineers and Dan as well, so we hope for a strong start to the second half of the season."

Gelael was released from hospital on the evening of the Barcelona accident and on Wednesday he confirmed he will be out of action "for six weeks minimum".

In an Instagram post he wrote: "Hey guys, I'm back home in Jakarta as a result of the injury.

"I will be out for six weeks minimum, which will mean I will miss the majority of the races.

"It has been a very challenging season... And because of the support of all of you, we still keep working hard, we still keep faith, and we still thank God for everything."