A new award for the Formula 2 rookie of the year has been named the Anthoine Hubert Award, which has been given to Renault Formula 1 junior Guanyu Zhou.

Zhou took five podiums and a surprise pole position at Silverstone, where he now holds the F2 lap record.

Like Zhou, Hubert was a Renault Formula 1 junior, and received full Academy status this year after winning the 2018 GP3 title.

"It's emotional, and it's a huge pleasure to receive the first ever trophy in Anthoine Hubert's memory for F2, for the entirety of motorsport," Zhou told Autosport.

"So it's really nice to receive that and a big thanks to the F2 organisation.

"This year we had ups and downs but overall it was a successful year, overall we had a lot of potential, fighting for wins, podiums all the time. Getting the front row start.

"Overall it's a good memory of this year and to finish of with this trophy is just incredible nice." 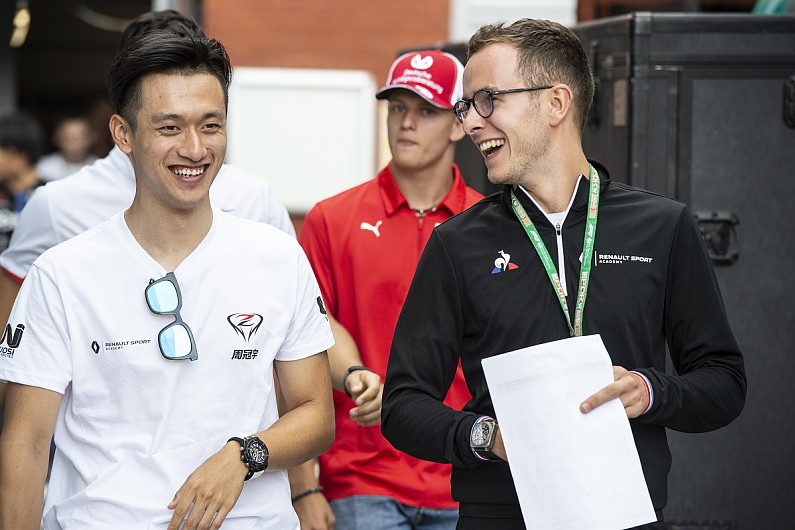 He added: "I am wishing Anthoine all of the best up there, I am trying to do him proud and I will continue trying to make him proud for the rest of my racing career."

Hubert passed away on August 31 after a crash in the F2 feature race at Spa, having been just behind Zhou in the points' standings.

Findings from the investigation into the crash are expected to be published in the next few weeks.

The Frenchman was competing for the Arden team, which had proved resurgent with the addition of GP3 champion Hubert and engineers as part of a tie-up with HWA - which takes over the team's entry for 2020.

He won two races, his home event at Paul Ricard and the Monaco sprint race.

Arguably, his best performance came at Bahrain on his debut, where he took fourth from 11th on the grid despite not having any radio.

"Anthoine will always be part of our family," said F2 CEO Bruno Michel.

"We wanted to honour him and ensure that he is remembered fondly in every season to come.

"As such, we have decided to give this award named after Anthoine to the best rookie of the season, a title which I am convinced he could have fought for by this year's end."