Arden elected not to field a second car in the last round at Monza and just ran Calderon.

Trident Racing and the Sauber Junior Team also fielded just one entry in Italy as both - along with Arden - had cars impounded for the investigation into Hubert's crash.

Markelov said Hubert was very much in his thoughts as he joins Arden for his home event at Sochi and the Abu Dhabi season finale.

"First of all I want to give my best to the family of Anthoine," said Markelov.

"This guy was not only a good driver, he was a great man who was happy all the time and always gave us a smile. He showed everyone his talent.

"Thanks to the team for trusting me in this situation and I'm going do my best for them. We are going to drive together in memory of Anthoine."

Markelov made 110 starts in GP2/F2 across 2014-18, then decided to move away from the series into Super Formula for 2019, while also ceasing his relationship with the Renault F1 team having completed Friday practice running for the team at Sochi last year.

The Russian driver returned to F2 at the Monaco round earlier this season with MP Motorsport, where he finished sixth and fourth while replacing Jordan King, who was contesting the Indianapolis 500 that weekend.

Markelov's GP2/F2 high was finishing second to Charles Leclerc in 2017, but he could not repeat that result with the new car in '18 and was fifth in last year's standings. 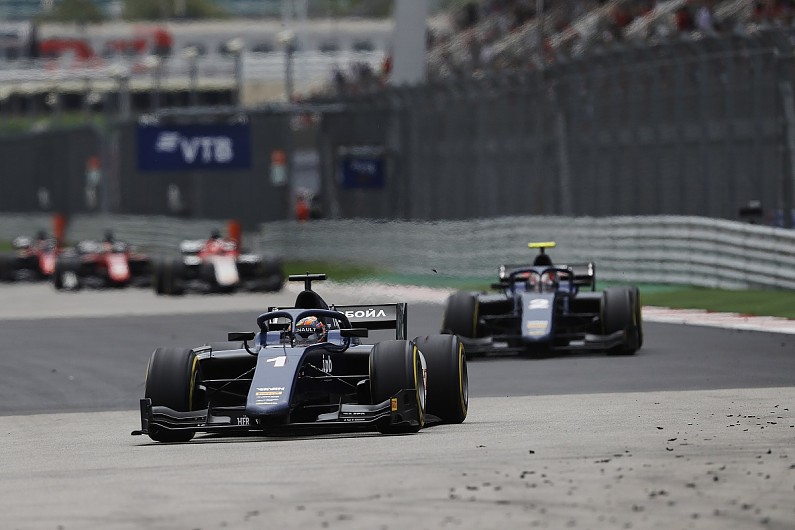 Super Formula introduced a new car for 2019 and Markelov and his LeMans team have struggled to get on top of its set-up needs. He is yet to score a point with two rounds remaining.

Toyota is understood to be still weighing up who will replace Markelov at Team Le Mans, to which it supplies engines, for this weekend's Super Formula round at Okayama and the finale at Suzuka.

It could promote a Toyota-backed youngster such as Ritomo Miyata, who is second in the Japanese Formula 3 Championship going into this weekend's final round at Okayama but cannot catch Sacha Fenestraz for the title.

Another contender is Yuichi Nakayama, who partners Heikki Kovalainen in the Super GT SARD Lexus team, and raced full-time in Super Formula between 2014-16.

In F2, Markelov will use the car #22 when he competes with Arden.

Hubert had used the #19, unusually taking the higher number of the team's two when given the choice as it is his brother, Victhor's birthday.

Juan Manuel Correa - currently in intensive care due to his injuries from the Hubert crash - will miss the rest of the season and another Russian - Matevos Isaakyan - will drive the Sauber Junior Team's entry in his place.