Arden driver Hubert passed away as a result of injuries suffered in the Spa F2 feature race in August.

Now all of the Renault Sport Academy members are using Hubert's scheme, which traditionally featured a red star but was changed to pink for 2019 after he graduated from GP3 as champion to F2 with Arden - which runs a pink livery.

As a tribute to their fallen friend, all of our Academy drivers will be racing with Anthoine's helmet this weekend. ⭐#RacingForAnthoine pic.twitter.com/brBnp6Foeg

Hubert used the design at all but one race this year, running a tribute to his hero Alain Prost at Paul Ricard.

"It's a nice way to remember him," said Zhou.

"He couldn't come and compete in the final few rounds of the season, it's nice having his helmet and hopefully I can do well with it. 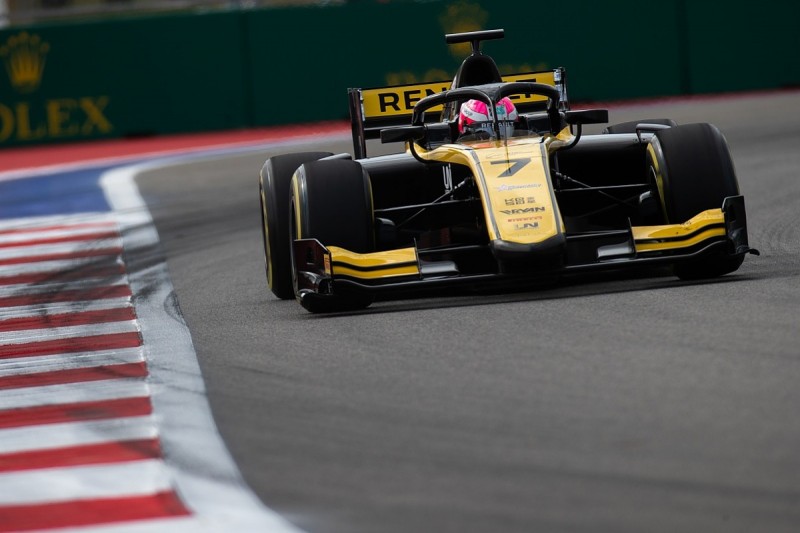 "It was Mia's [Sharizman, Renault Sport Academy director] idea, it was his idea to use the helmet design, all the drivers came to Sochi with his idea.

"It's a good way to have Anthoine around in the paddock with us."

ART Grand Prix's David Beckmann will miss this weekend's Sochi FIA F3 finale after his father was involved in a serious car crash, which left him in a coma following head injuries.

The team has confirmed that Beckmann will not be replaced this weekend, and that its #1 car will therefor not race.

David Beckmann has withdrawn from Round 8 in Sochi due to a family emergency. Everyone at Formula 3 sends him their best wishes.

Beckmann was tipped to challenge for title with ART following a race-winning GP3 campaign a Trident, but is the lowest of the ART drivers in the F3 standings in 13th.