The Italian took pole for the first race of the season but then had a clutch issue, where he raced from sixth to second. He then won the sprint race from seventh on the grid.

But since then the Italian has struggled.

"I'm speechless, it looks like after Bahrain everything is going badly, like a comedy film," Ghiotto told Autosport.

"Everything that can happen has happened to us. Right now my mind, I'm blown away.

"Every time I hope it will be different but it isn't.

"The bad thing is the pace is there as Guan Yu Zhou showed it [his Virtuosi Racing team-mate took a fourth and a third in Paul Ricard].

"We always have the potential to be in the top three. But it's the second weekend in a row with zero points.

"We should have double the points we have now." 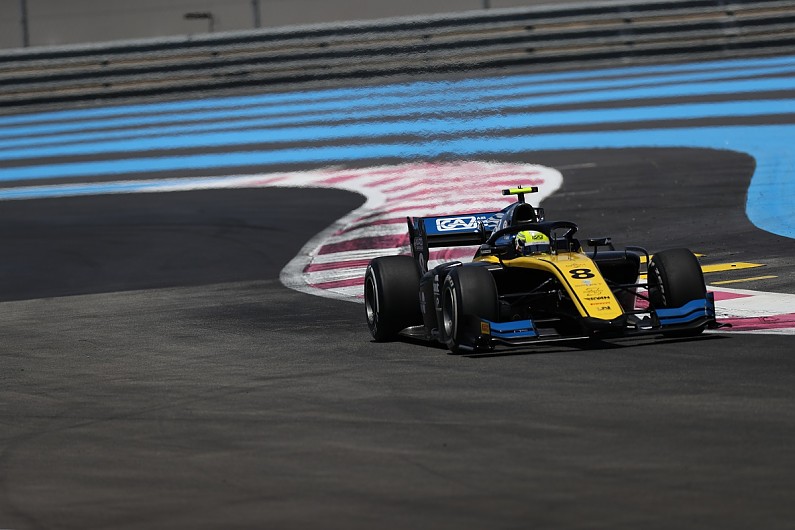 In Baku, Ghiotto crashed into the back of Sergio Sette Camara's car under a safety car period, ruining that weekend, then he scored a fourth and a second in Barcelona.

In Monaco he took second in the feature race but was excluded for a non-conforming steering part - which does not affect performance - and then in the sprint race he crashed into Mahaveer Raghunathan, earning a three place penalty for Paul Ricard.

Last weekend he led most of the feature race on the alternate strategy despite starting 14th on the grid, but then after his pitstop his steering wheel became really heavy, and he was involved in a crash with Juan Manuel Correa, ending Ghiotto's race.

That means he now trails points' leader Nyck de Vries by 54 points, heading into the second leg of the F2's back to back calendar in Europe, visiting the Red Bull Ring.

"Austria is a track that I like and it's a little bit like a second home race for me because it's only a three-hour drive," added Ghiotto.

"That is a race that I'm looking forward to."