Honda Formula 1 Nobuharu Matsushita delivered a stunning pole position for the Formula 2 race in Baku after an epic battle with Nyck de Vries and Luca Ghiotto.

The track remained slippy as a result of cancellation of the preceding F1 practice session, which was cut short because of a loose grid cover which flew up into the floor of reigning F2 champion George Russell's Williams.

Almost immediately after the session had started, Sean Gelael stopped on track at Turn 7 with a car issue. Marshals helped him to get back underway but those pushing the rear of the car were hit as Gelael got going again.

Once back at the pits, he was unable to continue and had to watch from the Prema Racing pitwall.

After the first set of rapid runs were complete with around 12 minutes to go, Virtuosi Racing's Ghiotto headed de Vries of ART Grand Prix and Matsushita as drivers pitted for the usual mid-session debrief.

The action continued with just over seven minutes remaining and the drivers all fighting for clear track as the whole field joined the street circuit together.

Matsushita - returning to the series after a year in Super Formula - delivered a rapid lap with just over a minute to spare as ex-Carlin driver Lando Norris watched on. It is his second F2 pole after Monza 2017.

It was good enough for a large 0.4s gap over de Vries, while Ghiotto's struggle in the middle sector means he will start third after taking pole in the season opener in Bahrain. 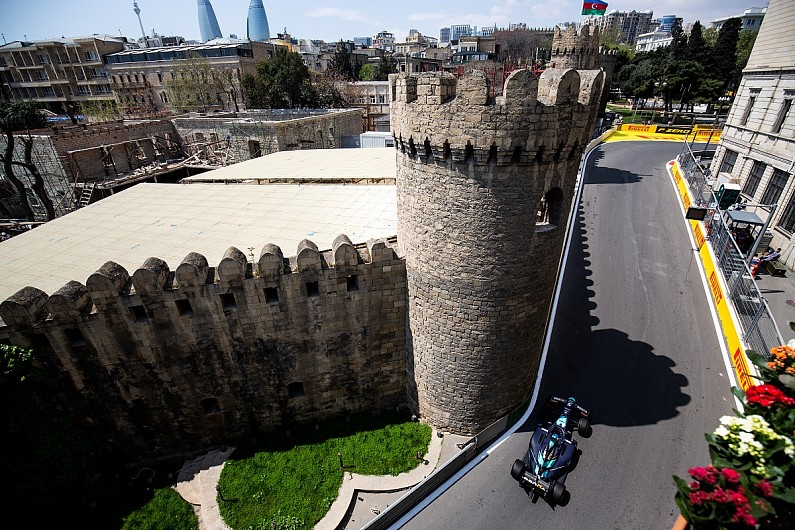 Sergio Sette Camara was disappointed with his preparation laps and had to settle for fourth with DAMS, while a strong weekend for MP Motorsport's Jordan King continued as he rounded out the top five.

Ferrari junior Mick Schumacher claimed that Sette Camara had turned in on him during the preparation laps, but delivered his best qualifying in the series so far in round two with sixth for Prema ahead of Bahrain feature race winner Nicholas Latifi who said he had "zero grip in the rear end".

The reigning GP3 champion pulled off an incredible save to avoid the wall at Turn 16 to head Trident Racing's Ralph Boschung rounding out the top 10.

Louis Deletraz - recently confirmed as assisting Haas with its F1 simulator work - could not match his polesitting team-mate, taking 12th.