Russell ran over a loose manhole cover on the run down to Turn 3, with the car briefly lifting into the air and shedding debris all over the track.

"I just hit it and got the biggest smack through my body," Russell explained to Sky Sports afterwards. "I was just going down the straight on my normal line."

As Russell pulled over on the exit of Turn 3, the session was red-flagged for his FW42 to be extricated while track workers attempted to force the manhole cover back in its place.

Amid suggestions that the circuit inspectors now need to check over 300 manhole covers around the track surface, the session was abandoned completely shortly afterwards.

Williams deputy team principal Claire Williams described the situation as "not acceptable", telling Sky Sports: "It's not what you would expect from a Formula 1 circuit, the drain covers are supposed to be welded down. We'll be taking that up with race control." 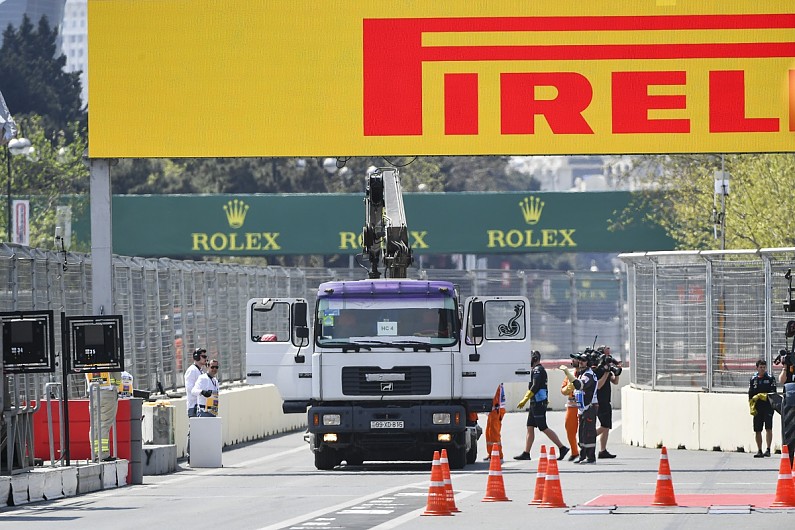 Russell's FW42 was caught up in another incident as it returned to the pitlane on the recovery truck, as the crane that had extricated it made contact with a bridge and was damaged - spilling liquid onto the F1 car sat on its flatbed.

All teams but Mercedes had completed at least an installation lap in the first 10 minutes of practice, while the two Ferrari drivers were the only ones to set timed laps.

Television replays suggested that Leclerc's car had initially lifted the drain cover that was then struck by Russell.