The current generation F2 car was teased in the announcement trailer for F1 2019, which will release over the Austrian Grand Prix weekend.

According to a Codemasters release, the 2019 F2 season will be added to the game in the form of a digital download "later in the year" and complete with "online functionality".

Autosport understands that the inclusion of F2 into the game has been a long-held ambition at Codemasters and at select F2 rounds last year a team conducted digital scanning of the drivers, which continued into 2019.

F2 has also been one of the most frequent requests from the game's community, according to Codemasters.

Paul Jeal, F1 franchise director at Codemasters said F2's inclusion "comes at a perfect time with the top three drivers from 2018 in George Russell, Lando Norris and Alexander Albon progressing to F1 for this season".

"We can't wait to unveil more details on how this is integrated into the career mode in the coming weeks," added Jeal.

Codemasters has also revealed a feature designed to celebrate the rivalry between Ayrton Senna and Alain Prost in a series of head-to-head eight-race challenges.

The feature will launch to fans who purchase the F1 2019 Legends Edition and those gamers will get to drive as Senna in the 1990 McLaren MP4/5B and Prost in the Ferrari F1-90 - the renamed 641 machine.

Codemasters also says that Senna and Prost's likeness has been added to the career mode, while "exclusive themed" liveries from their cars will be added to the online multiplayer as custom options.

F1 2018 featured a wide array of classic machines that have been retained for the newest game.

But Codemasters has celebrated its 10-year anniversary of publishing F1 games from its Birmingham base by adding two 2010 F1 race-winning cars in Jenson Button and Lewis Hamilton's McLaren MP4-25 and the Ferrari F10 driven by Fernando Alonso and Felipe Massa to its roster.

Jeal said: "Fans can see from the new cover art design that F1 2019 has a strong theme of rivalry running through it, just like the main sport itself.

"As such, we are absolutely delighted to have resurrected F1's greatest-ever rivalry between Ayrton Senna and Alain Prost.

"Their rivalry began right back in the 1984 season and reached one of the most dramatic ever climaxes on the first lap of the Japanese Grand Prix during the 1990 season.

"It's a rivalry which has transcended way beyond the sport and is regarded as the greatest of all time by F1 fans.

"We know our community will love that the two legends of the sport have finally been immortalised together in our game."

Codemasters will reveal further features in the build-up to the game's launch on June 28.

Last year it unveiled new concepts in the form of a 'development diary' video series. 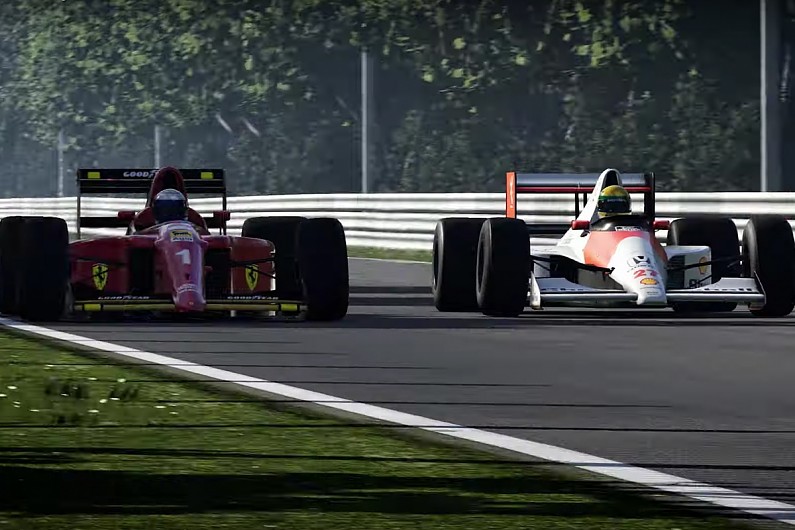 The inclusion of F2 is an exciting move for the F1 game series and shows the team at Codemasters is enjoying the new lease of life given by Liberty Media embracing all attempts to get new fans on board.

Autosport first found out about the plan to get F2 on board early in 2018 and Codemasters has had to be patient, but it has now opened up the potential to give the career mode another lease of life.

F2's current season being a later addition is a slight disappointment but the unprecedented twist of events that meant the 2018 campaign produced three current F1 drivers makes it more palatable.

The potential for F2 to be an online option is also exciting, although long-term players are likely to be more concerned with the glitches and issues that have often held back an online experience that Codemasters has poured resources into over the last few years.

Naturally, the next question will be if the new FIA Formula 3 series will find its way into the game in the next few years. 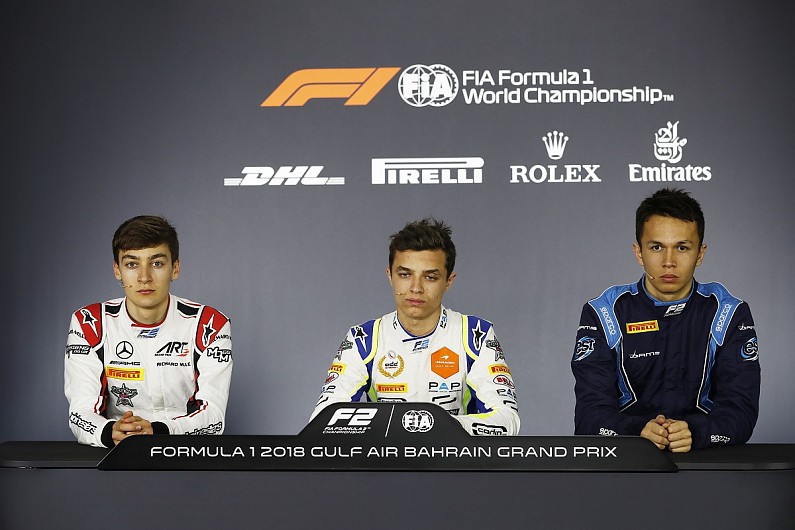