The last year and a half was a whirlwind for Anthoine Hubert, and he was finally starting to force people to take him seriously as a future Formula 1 driver before his death at Spa this weekend.

"That's one hell of a talent lost," one person close to the fallen driver said in the wake of the tragedy. But he was so much more than just "talent".

Always greeting you with a "hey mate" in the paddock, 22-year-old Hubert was a social butterfly. A smile always partnered his black-rimmed glasses and he was forever making jokes in the paddock. Even if he was too busy to stop and chat, he made sure to acknowledge you - on Saturday he roared past on his bicycle but still stuck out an arm for a high-five.

Speaking of bicycles, they were the theme of the last conversation I had with him. As well as keeping sharp with karting in the summer break, he'd also just been on a training camp with Renault where he'd done 438 miles of riding in six days. I'd replied that that's why I like journalism, so I can eat a lot and sit behind my computer screen. He quipped he didn't blame me and asked if he could do it too.

Just after the tragic announcement of Hubert's passing, Roberto Firmino lashed home a third goal for Liverpool Football Club and the irony of the timing was not lost on me. Anthoine would have been the first person in the paddock I would have headed to, to point out my team was fantastic and unbeaten this year. Since Liverpool had beaten Lyon in a pre-season game - Lyon being the place of Hubert's birth on September 22 1996 - football had been a light-hearted needling point between us. 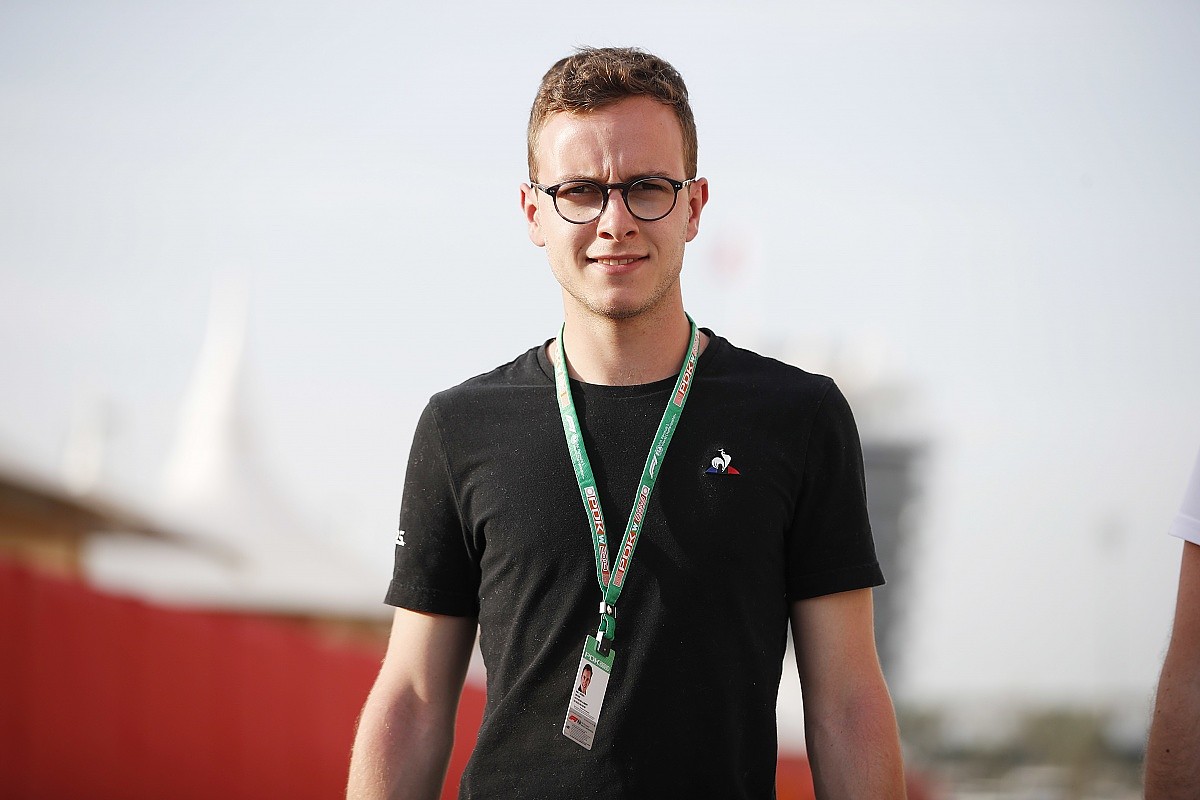 Despite Hubert's easy-going and fun nature shining through in the paddock, when the helmet was pulled over his head, a dictaphone shoved under his nose or a meeting called with his engineer, the smile disappeared and an insightful and serious driver greeted you with a steely and fierce look in his eyes. No one could ever deny his determination.

Hubert was introduced to motorsport from a young age as his father, Francois, was a clubman rally driver in France with some (admittedly limited) success. But Anthoine was hooked and the almost mandatory FIA-level karting followed.

The pressure of the GP3 title battle must have been intense, but in the paddock it never showed as he was always free for a chat, interview or intense football-related banter

He was a champion his first year in a racing car as he roared to success in French Formula 4 in 2013. He beat future ADAC GT and Spa 24 Hours winner Jules Gounon on the way to the title, while eventual SMP World Endurance Championship LMP1 driver Matevos Isaakyan was also in the field.

Two years in Formula Renault Eurocup followed. 2015 proved to be a race-winning campaign as Hubert took fifth in the championship, and then '16 was a disappointing season in European Formula 3 with Van Amersfoort. He was eighth in the standings, but well beaten by team-mate Callum Ilott.

In 2017 he made the jump to GP3 with ART Grand Prix but brought up the rear of the team's pack behind George Russell, Jack Aitken and Nirei Fukuzumi as they swept the top four in the standings with only Hubert failing to win a race. 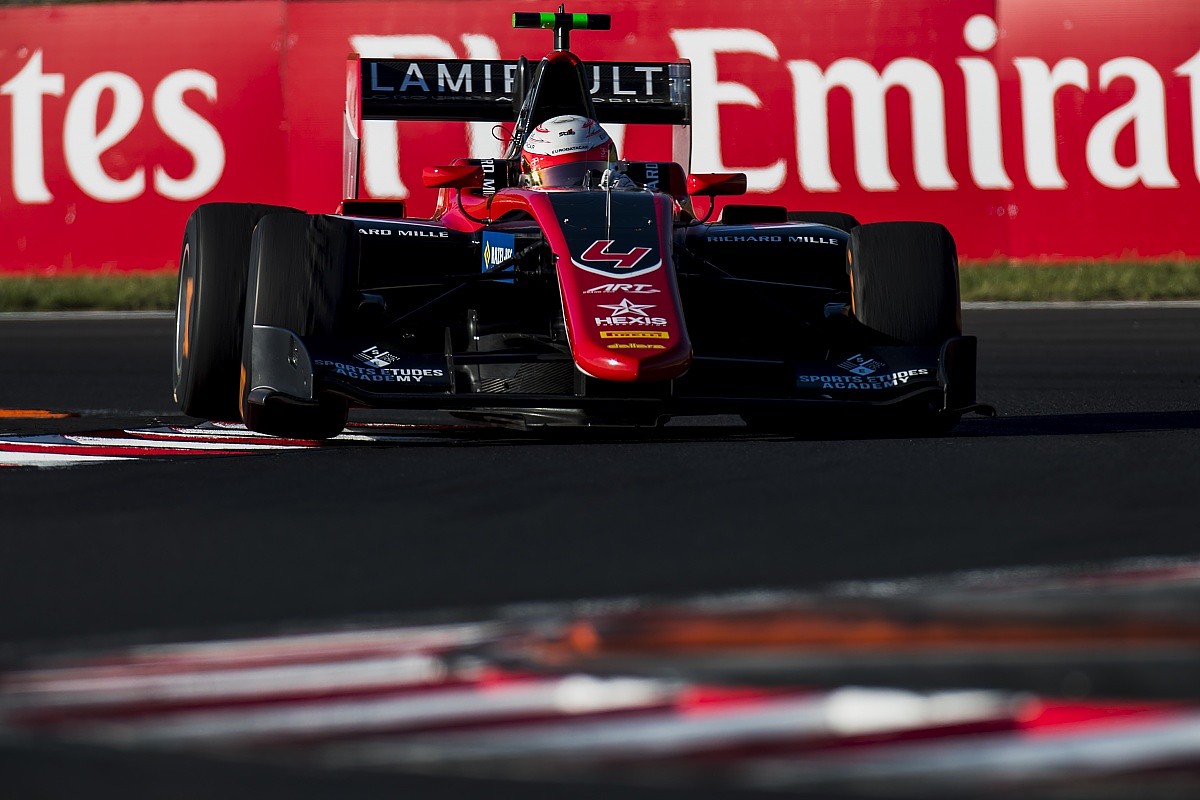 There was a theme developing at that point. When you look up to the end of 2017 on Hubert's CV, it looks very average after F4 even though he at least won races in every category he contested. He's a driver who always struggled for budget - properly struggled, but he never used it as a sob story - and that had inevitably affected his prospects.

It wasn't until 2018 that he really turned his career around and began to show people what he was truly capable of.

Coming into that season, still at ART but now alongside Ilott, established GP3/F3 race-winner Jake Hughes and the well-funded Nikita Mazepin, Hubert was something of an outsider for the title.

He only won two races in 2018, but so many elements of that season added up to prove how Hubert had made a massive leap forward. The days when anyone could suggest any hint of mediocrity were put behind him on his way to his first major success.

Two victories mated to nine other podiums pushed him across the line in 2018 for the biggest achievement of his career as he followed the likes of Russell, Charles Leclerc, Esteban Ocon and Valtteri Bottas to become a GP3 champion. He would be the last one ever, since the series was merged into FIA Formula 3 for 2019. 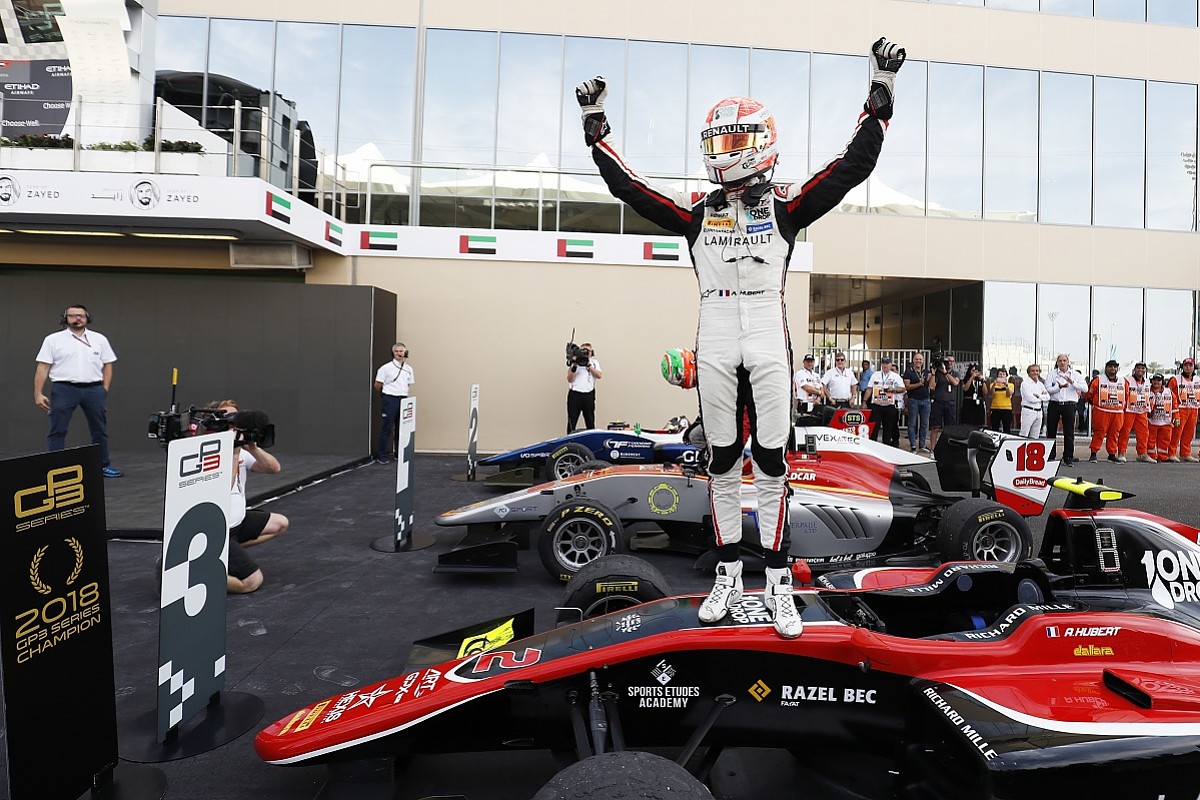 Hubert's Renault F1 affiliation had begun from the 2018 GP3 season-opener at Barcelona. The idea was that if he won the title then Renault would consider making him a full-time member of its junior programme and help him grease the cogs to get a move into Formula 2 rolling.

That meant the opposite outcome was also possible. He knew at the start of 2018 that if he failed to win the title, he could be destined for GTs or another sideways step that would signal the end of his F1 dream.

But Hubert's biggest asset was his ability to digest and adapt to data, allied to a harmonious and effective working relationship with his engineers.

He found another level with the class act that is ART in 2018, taking an early series lead that persuaded the legendary team to throw its weight behind him. The pressure must have been intense, but in the paddock it never showed because he was always free for a chat, interview or intense football-related banter.

The amount he had grown during last year was proved when he entered F2 with the Arden team for this season. It had been second to last in the 2018 teams' standings and he had his expectations well under control heading into the year. The squad also had a number of new key personnel to integrate after a tie-up with the HWA juggernaut, which has helped with engineering advice this year. 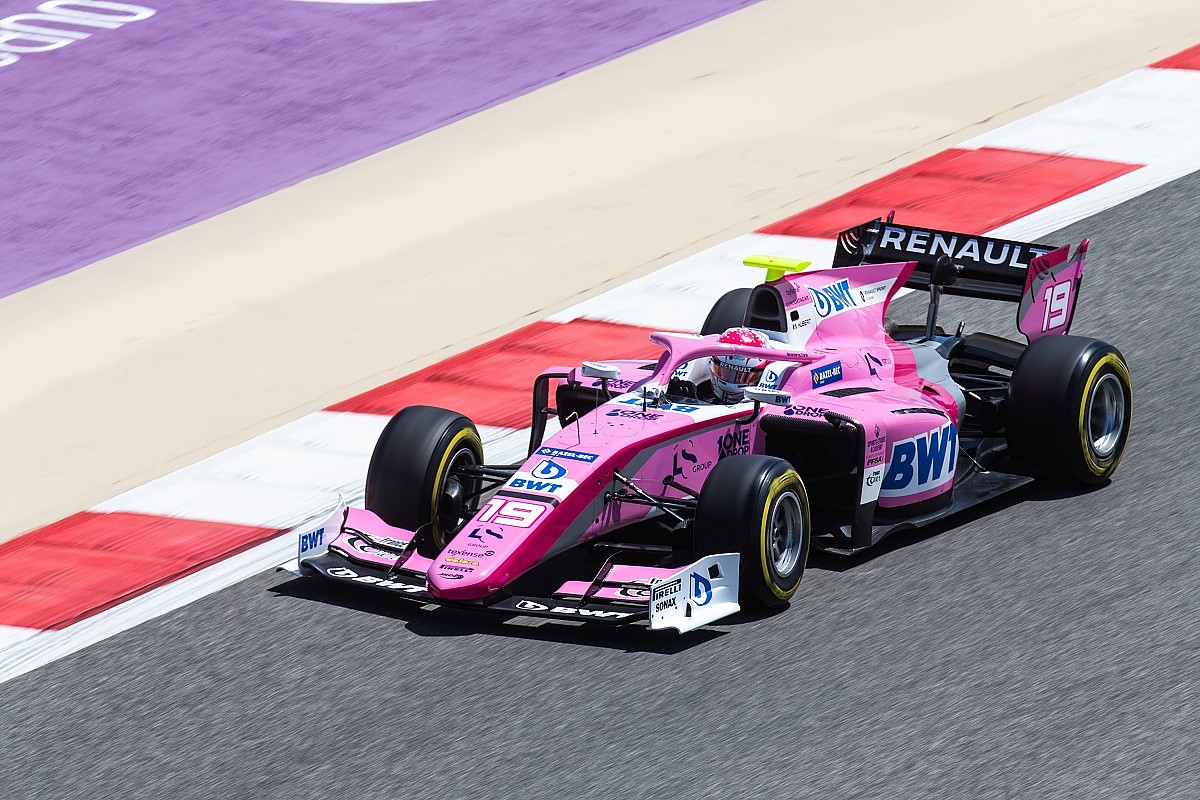 While that has not suddenly turned Arden into a top team, it has - under the leadership of team boss Kenny Kirwan and with HWA on board - made major improvements.

But it has been Hubert that has made the ultimate difference. Two wins and a strong start to the season meant he was the second highest-placed rookie coming into the F2 weekend at Spa, second to fellow Renault protege Guan Yu Zhou - who drives for one of the best teams in the championship, Virtuosi Racing.

Hubert's form, along with word spreading about his attention to detail, unwavering work ethic and keen eye for detail, meant he was highly sought-after for 2020

The very first race of the year in Bahrain showed how far Hubert had come. Eleventh on the grid, he had no radio from the start of the race. Having to manage the delicate F2 tyres is difficult enough, but doing it in the extreme heat of Bahrain without any advice from the team was a superb achievement in his first experience of the F2 rubber. He even managed to pit and execute the strategy as planned despite the lack of the radio, and turned that 11th place start into a fourth place finish.

Despite the phenomenal result he urged that he and the team needed to "stay calm, stay humble". That was so Anthoine. He could have won the Le Mans 24 Hours and the Daytona 500 in the same day, and still demanded that - his favourite phrase - everyone would need to "stay focused".

He was always calling for focus. Once the champagne was dry from a win and the trophies bubblewrapped and safely stowed in the team truck, it was back to business.

His last two years show a Prost-like approach to racing - Alain Prost being one of his heroes who he was most excited to work with following his Renault affiliation. 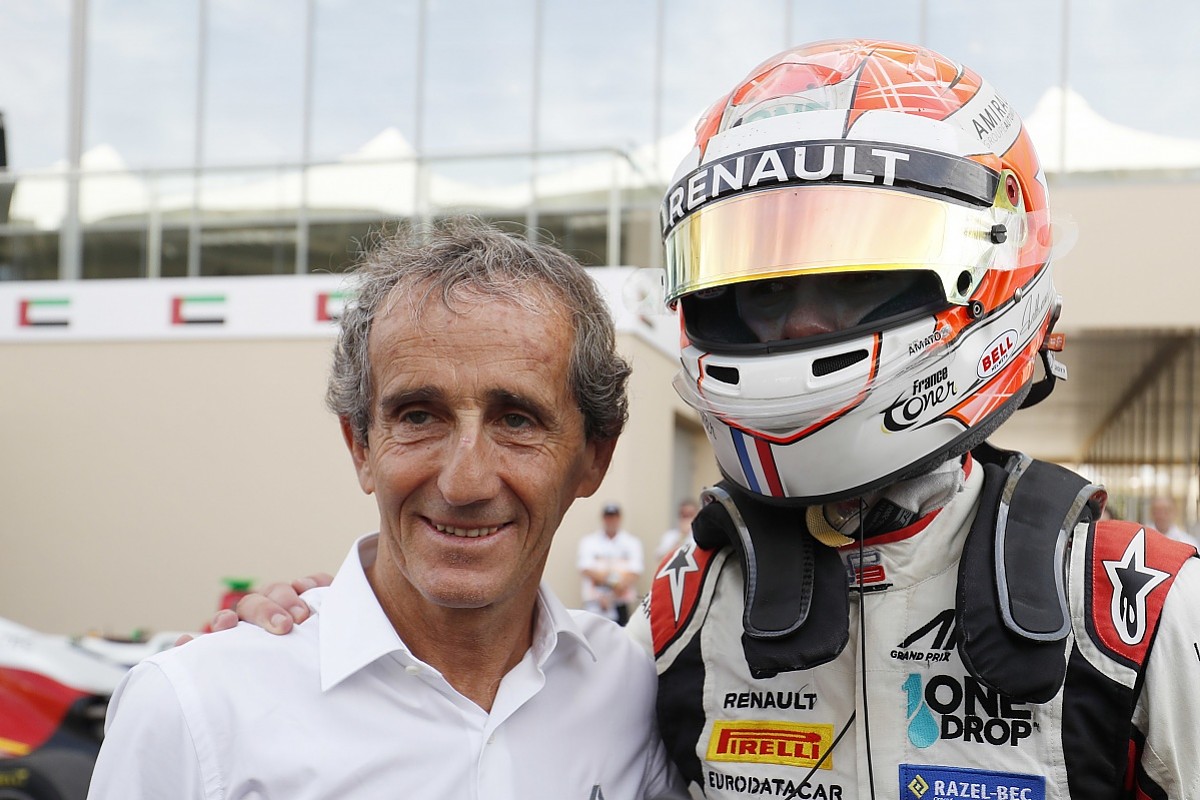 There may have been only two race wins on his way to the GP3 title, but every weekend he consistently took the top result available and the only time he didn't score points was when he was hit by Mazepin at the Red Bull Ring.

During the summer break I wrote a short feature on Hubert titled 'The cash-strapped Renault junior every F2 team wants'. We made it free to read as we felt the story deserved the widest possible audience.

After it was published, he messaged to say "nice article, thanks mate". It's rare enough to receive a thank you from drivers after a story these days but Anthoine was always grateful for coverage. So much so that he asked what percentage of his next deal I would be requesting after writing that one! I declined and said I'd take the exclusive on whatever his next move was instead. It's heartbreaking that there will be no move, no future.

Hubert's form at Arden and ART across 2018/19, along with word spreading about his attention to detail, unwavering work ethic and keen eye for detail, meant he was tipped for future success by many and highly sought-after for 2020 by teams. Not least Arden, which was confident of persuading Hubert to stay as it has big plans for F2 next year.

In series such as GP3 or F2 where track time is so limited, that work ethic and attention to detail were a big part of what instigated his recent rise. 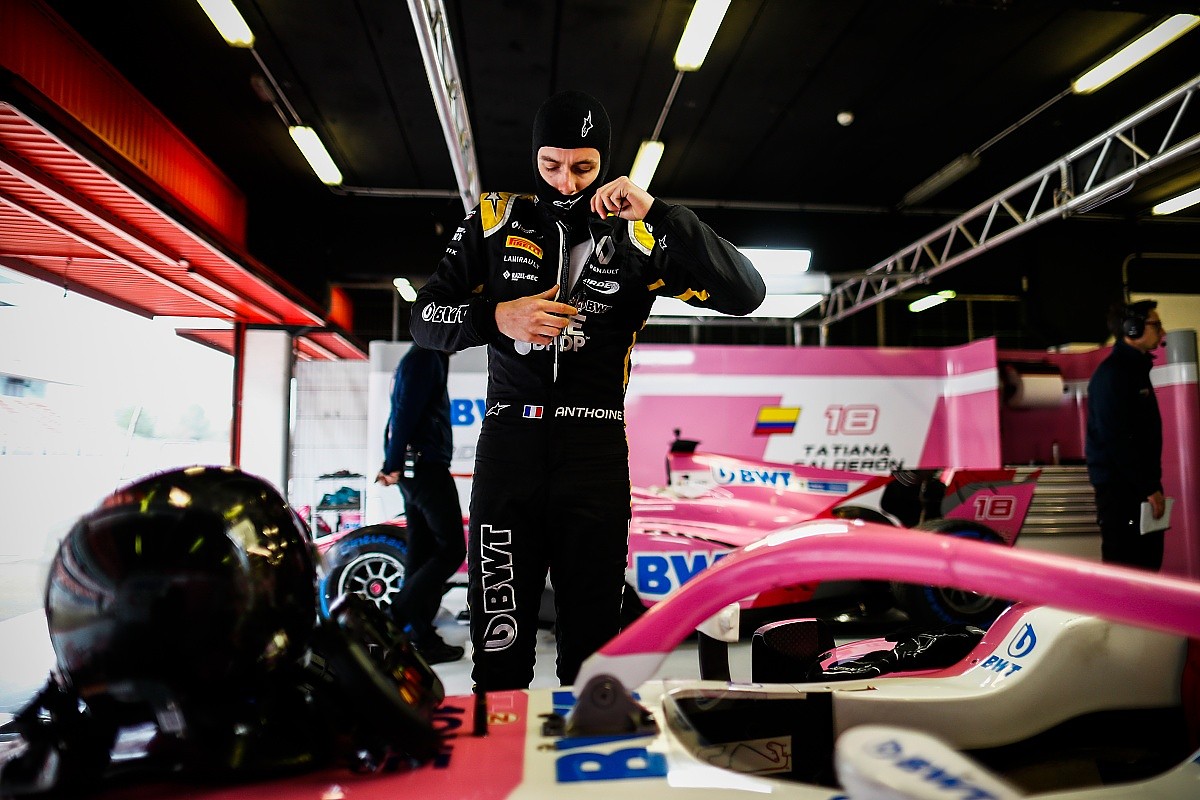 You can't afford to turn up to an F2 weekend and be working on set-up for days. You have one practice session and then it's on to qualifying with a softer set of tyres and new track conditions. Hubert's ability to absorb information from the data and work closely with his engineers meant he usually quickly made big steps if they were required.

He was such an intelligent driver, maybe not always the outright quickest, but few had a combination of his ability to break down what a car was doing and work with the team to fix it, as well as his work ethic in doing so.

Renault was certainly pleased with his performances, and while getting to F1 may still have been a stretch for Hubert, a third year of performing at his current level following 2018 and '19 would surely have at least put him into discussions about an F1 seat in the future. And even if he hadn't reached the absolute top level, there was no doubt he was going to be a successful professional driver in motorsport for a long time.

Hubert has had many successes, not least the GP3 title last year, but the happiest I've ever seen him was at Silverstone in 2018.

With all the pressure of trying to win GP3 weighing down on him, a win in Britain came at the same time as his grandfather's birthday, his brother's higher-education graduation, and France doing pretty well in the football world cup, which he didn't let me or anyone English in the GP3 paddock get away with forgetting. He was so full of joy that weekend and even pointed to it in a post-season debrief as being one of the best moments of the year.

He was at his happiest with his family - his father Francois and brother Victhor almost always in attendance at races - and they will be the ones truly suffering after losing such a fun-loving character, the kind you don't find frequently enough in this world. A determined, thorough, intelligent, humble and talented individual who can never be replaced. RIP Anthoine. 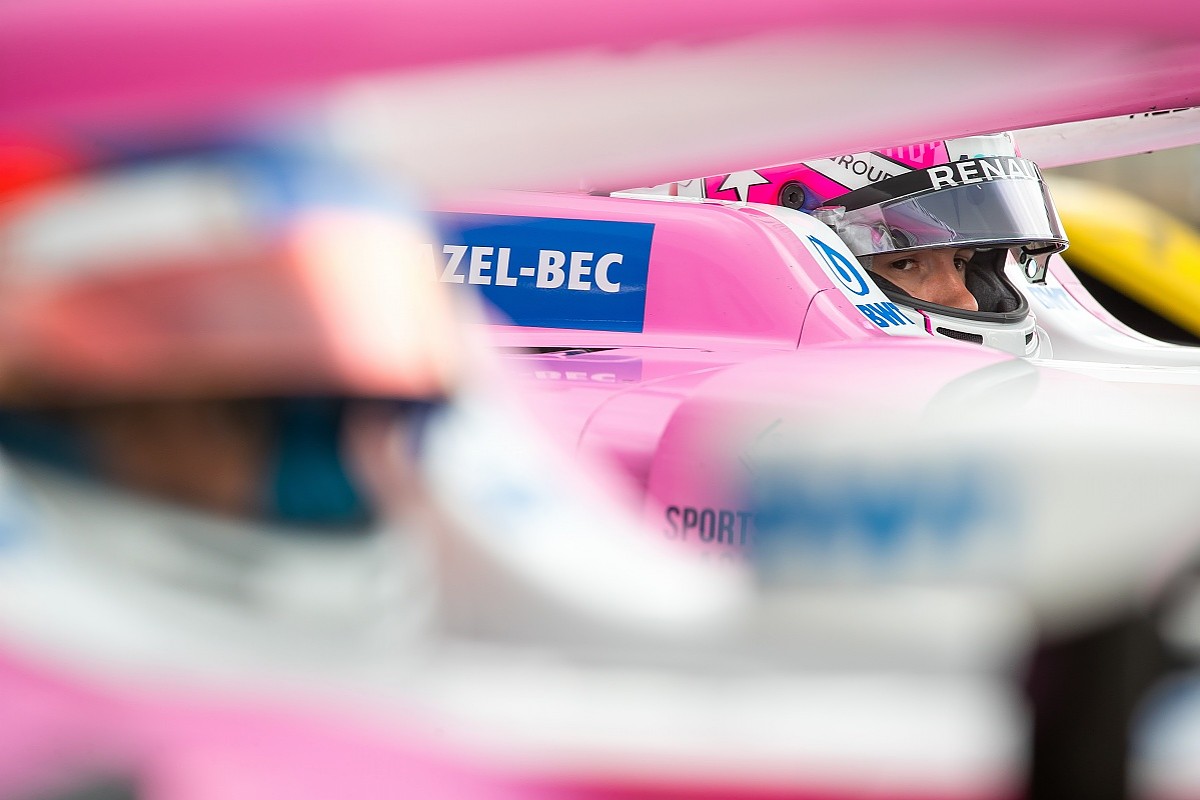