Zhou Guanyu says scoring a point on his Formula 1 debut in Bahrain this year felt “huge” after a wave of criticism and abuse following his signing by Alfa Romeo.

Zhou became the first Chinese driver to race in F1 this year, joining Alfa Romeo alongside Valtteri Bottas to form an all-new driver line-up for the Swiss-based team.

Ahead of his F1 debut, Zhou faced criticism and even racist abuse online as trolls claimed he only got the nod for the seat due to his nationality and the associated sponsorship.

But Zhou hit back on debut in Bahrain, fighting back from going into anti-stall at the start and falling to the back of the field to ultimately cross the line in 10th place.

“That was huge because of all the stuff I was facing over the winter break,” Zhou told Autosport in an end-of-season interview.

“When I was announced, a lot of people who don’t know me tried to judge me based on my nationality. So it’s not the nicest thing to have, when you’re fighting for your dream.

“But then I was just so grateful to have my first race and score a point, I got them off my back. To talk on-track, it means a lot to me, because then these people started switching around. They can start to understand you, start to know you more.” 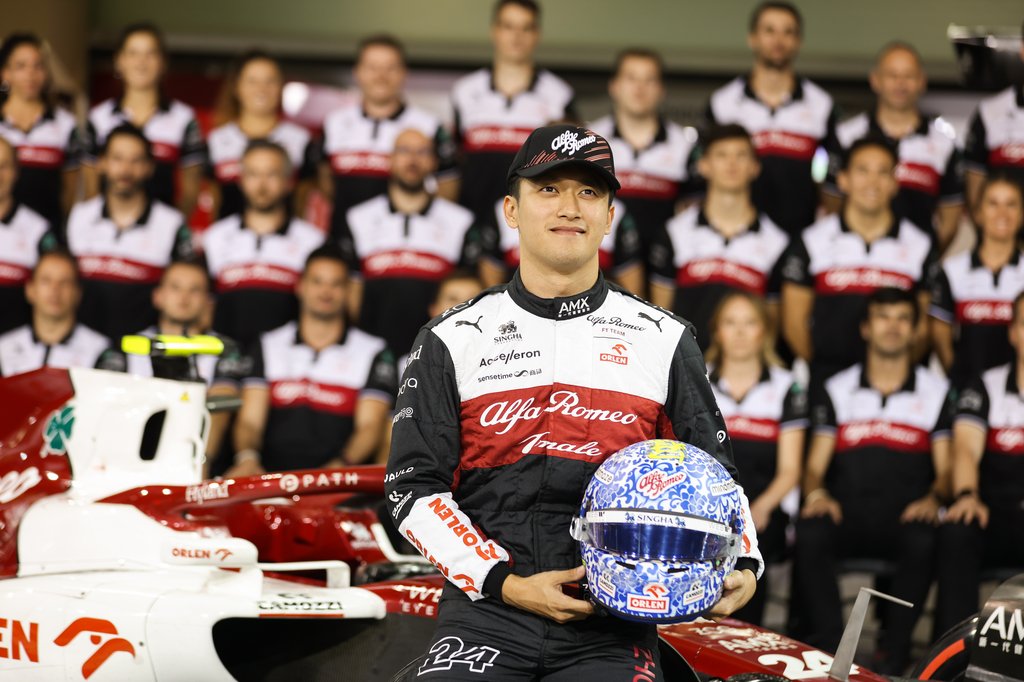 Zhou said the reaction from people from when he was first announced at Alfa Romeo compared to his contract renewal being confirmed in 2023 had been “completely different.”

“I’m grateful,” he added. “Like after all the years I’ve been through, I’ve achieved the stuff that I wanted to do.”

Bahrain would not be Zhou's only points-scoring effort of the season as he also finished in the top 10 in Canada and Italy. Although he was outscored 49-6 by Bottas over the year, 46 of Bottas’s points came in the opening nine races when Alfa Romeo was more competitive.

Zhou struggled with a lack of reliability in the early part of the season, failing to reach the finish in Miami, Spain and Azerbaijan, as well as lacking Bottas’s pace over a single lap in qualifying.

But the Canadian Grand Prix weekend marked a turning point for Zhou. After taming wet conditions in qualifying to reach Q3 for the first time, he put in a foot-perfect display on Sunday to take eighth place.

“That was something I never expected,” said Zhou.

“Canada is a tough track. It’s like a street circuit with no room for errors or area in the exits, because of the walls. So yeah, it was great.

“And I think also it shows that in terms of the progress, also it’s like the result I’d earned after three or four DNFs in a row. That was a breakthrough point for me.”

Gasly: 2022 F1 season was ‘quite far away’ from AlphaTauri’s expectations