Zak Brown sets out his vision for McLaren ahead of his new, high-profile executive director role with the illustrious Formula 1 constructor, speaking to Autosport.com's Anthony Rowlinson and Motorsport.com's Charles Bradley

Q. How do you feel to be joining McLaren?

Zak Brown: I haven't been this happy in a while. I feel like a little kid. It feels like Christmas has come early - it's an absolutely awesome feeling. It's been great walking around the building and looking at it through a different lens.

This is an opportunity to understand what was my dream team, growing up. For me McLaren are the Senna era, then the Mika Hakkinen era. They were always my favourite F1 team. There are lots of people here I've done lots of business with over the past decade. It feels really good to get the opportunity to help lead the way with what I think is the best team in Formula 1.

It's a great time to be joining McLaren. They're clearly on an upwards trajectory. I'm excited by my role in the areas of contribution that I have been asked to make. I have a great relationship with all the shareholders.

Then beyond F1 I'm very happy with what McLaren are doing in the automotive space. Even though that's not my remit and responsibility, the two go hand-in-hand from a brand standpoint. 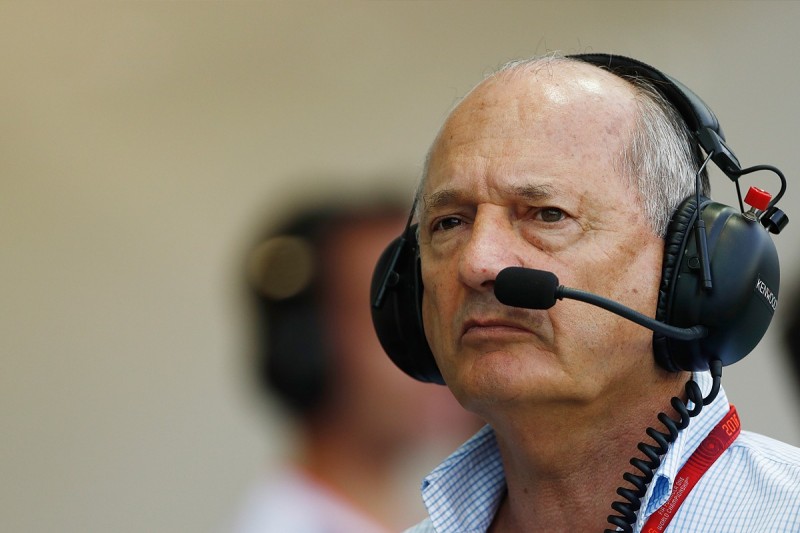 Q. What thoughts do you have about the departure of Ron Dennis?

ZB: I'm very close to Ron. I have massive admiration for what he and everyone in this team have built. He's currently a shareholder and CEO. I spoke to him recently and as a shareholder he will have a big vested interest in our success. What that looks like, I don't know.

Q. Will McLaren be involved in any other forms of racing?

ZB: Well I've already worked with McLaren to put together the NASCAR electronics supply deal with Ron. Then there's the GT project and maybe Le Mans one day.

Q. What will you most seek to improve? Financial performance? On-track performance? The need for a title sponsor?

ZB: I think all of the above. It's up to Eric (Boullier, Racing Director) and Jost (Capito, CEO McLaren Racing) in their respective teams who are ultimately responsible for making the car really fast. We also need to contribute to making the economics better. There's lots of space on the McLaren race car that needs filling with top luxury brands.
A title sponsor will help propel you forward. But I don't think this is a priority over the other. We need partners and ultimately a title partner is a critical partner. 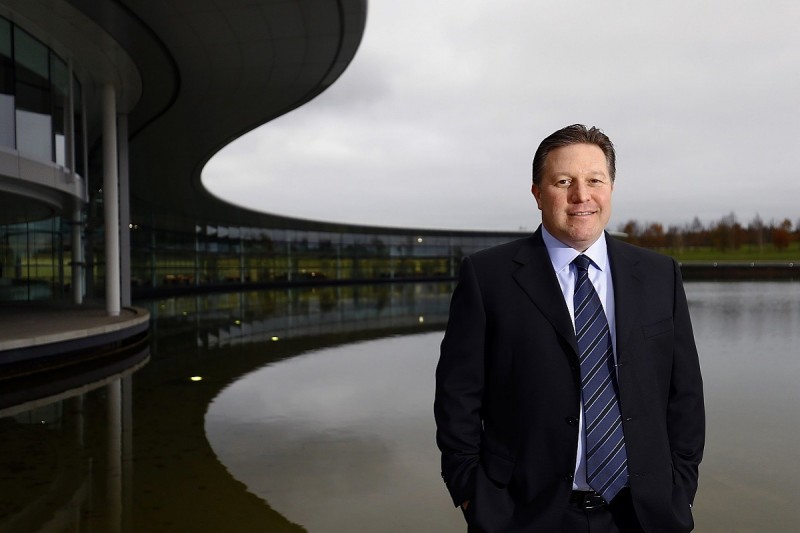 Q. Is there a timescale for seeing improvements?


ZB: I haven't started yet! There's a lot for me to learn but like in any business you've got to show forward progress as fast as possible. There has been good forward progress in the past 24 months. But I don't know enough yet to start predicting grid positions. I've got to get back to winning sooner rather than later.

Q. Will you bring a new culture to the team?

ZB: Well I love the winning culture that McLaren stands for. But certainly when I get settled in and working closely with everyone, there will be some ways of working that may be different. That should come out as what the race team and brand look like. 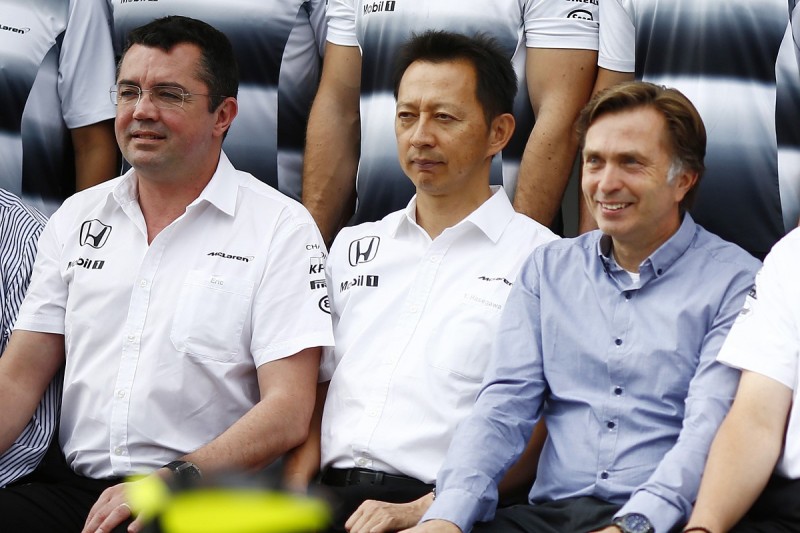 Q. How well do you know Eric Boullier and Jost Capito?

About Eric, I got to know him when he was running Lotus when we had the Unilever sponsorship with them. I knew him from before but that was the first time I really got to see him work. I was extremely impressed.

Given the challenges that Lotus had, what he did with it, and people thought Kimi was at the back-end of his career. So to turn it around and get to third in the championship, the car was great, they had a great team and culture that meant Kimi got back to winning. They clearly punched above their weight, and Eric was the team leader there. That's always impressed me.

Then if you look at McLaren, from since he joined, they've moved forwards. Everything I've seen, putting aside my friendship, he's got the results and it looks like we're going in the right direction. I'm bullish on Eric.

Jost I've known for 10-plus years - he was actually my client at Ford. He's been a winner in everything I've seen him do, I get along with him great and he's passionate about the brand. I think he's an extremely talented individual, so I think we've got a lot of the right resources from what I can see. Now it's about forward progress and coming together as a team.

Q. Are there any instant fixes you can spot right away?

ZB: No, I'm not close enough to it yet - of course I have some views, but I think it's important that I get settled in and learn more and not think I know best while working off limited information.

But clearly we need a title partner, so we need to become a more attractive proposition to commercial partners, and we need to go forwards because there's clearly a reason we're not winning as much as we should. That needs to be addressed but I haven't identified where those pockets are. 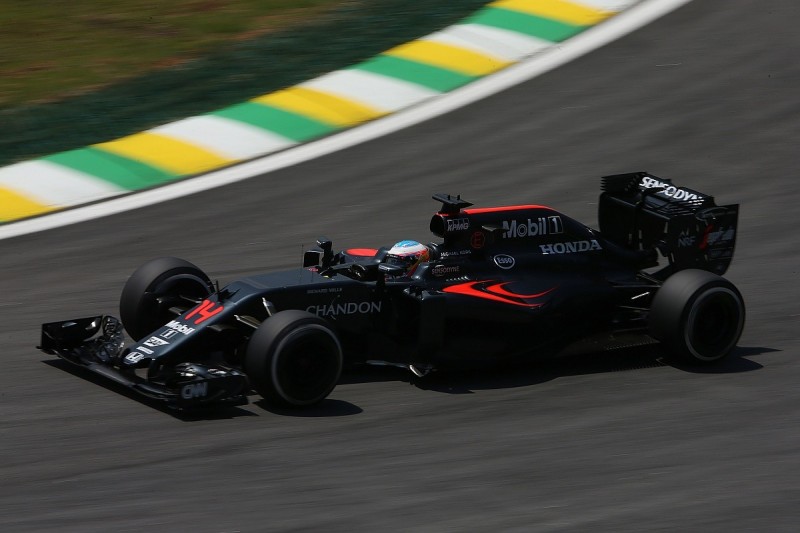 Q. Does the team need to become a little more humble when it comes to setting its commercial rate card, given recent performance?

ZB: I think all of us in F1, and I'd like to see McLaren lead the way, need to think about partnerships with a continued view and evolving in an innovative way. Sponsors are more sophisticated than ever on how they buy, they're more results- and measurements-oriented. We need to be a racing team that adapts how we go to market with corporate partners.

McLaren has led the way and created what modern-day F1 looks like. And I'd like us to do that on the track and off the track.

Q. How will your McLaren job impact on your non-executive chairman role at Motorsport.com?

ZB: I have a few roles such as Motorsport.com, Cosworth and my racing team [United Autosports] and those are all to stay. I spend my time on the business side of Motorsport.com and not the editorial side. Therefore, figuring out how to create better products and build organisations has nothing to do with editorial, so I don't see any conflict. It's only a conflict if you turn it into one, and that I don't intend to do. 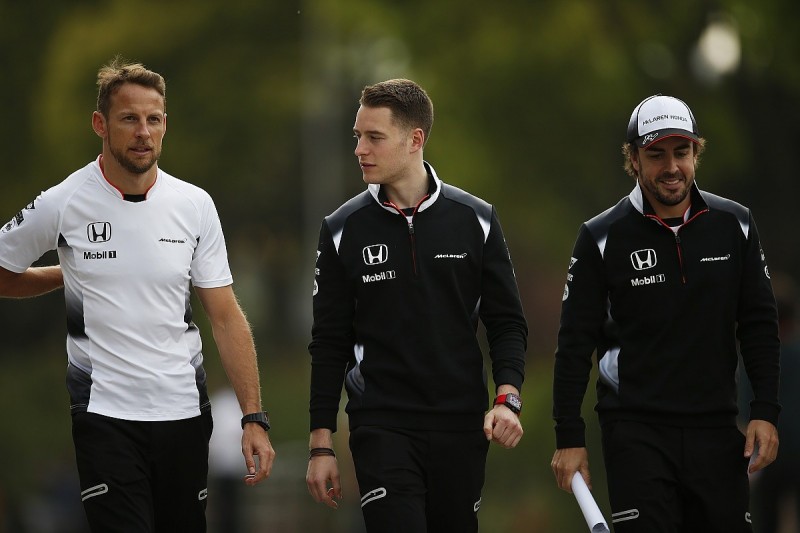 Q. How are you looking forward to working with driving talent like Fernando Alonso, Stoffel Vandoorne and Jenson Button?

ZB: Mega excited! I think we've got three unbelievable drivers, two of them being world champions. How cool is that? I don't know Fernando well, I'm looking forward to getting to know him, I'm a massive admirer of what he's achieved - he's an unbelievable racer. I would argue he's as good as anyone out there. I think most people would agree with me.

Stoffel is an amazing young talent, and the one grand prix he did I thought he was extremely impressive given the conditions under which he was brought in. Again I don't know him well, so he's another person on the team I need to get to know. Jenson, however, I have known and worked with, and he's one of my favourites.

The combination of those three is about as powerful a driver line up as anyone has.

Q. You're no stranger to driving McLarens, given your historic collection and GT exploits...

I love the McLaren brand, I drive the road cars and I race the race cars - my GT team has won races with McLaren cars, so I've always been a McLaren man.

Q. You hinted about a Le Mans future for McLaren, is it on your horizon?

ZB: It would be very premature to talk about getting into other forms of motorsport, as F1 is priority one, two and three. But, we do GT racing, and we do electronics in IndyCar and NASCAR.

Outside of F1, would Le Mans be on the list of a conversation to be had? Absolutely - McLaren has won Le Mans before. 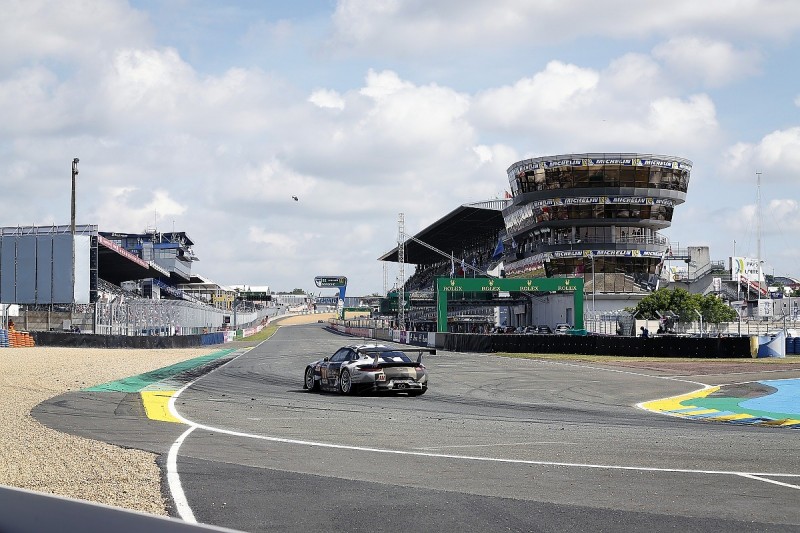