Would Mercedes let Hamilton back Rosberg up in F1 title decider?

Even if Hamilton wins the Abu Dhabi Grand Prix from pole position, Rosberg will be world champion provided he finishes on the podium.

Red Bull boss Christian Horner suggested it would be "smart" of Hamilton to back Rosberg towards the rest of pack but Hamilton rejected the suggestion.

When asked if Mercedes was prepared for such a possibility, Wolff said: "We can't really interfere in the final race, we have let them race until now.

"They both know what we deem as being sportsmanlike.

"But then there is a lot at stake tomorrow, it is a drivers' world championship to be won or lost.

"We have thought on all possibilities and as long as we are not overstepping the mark in what we see to be unsportsmanlike driving, we are fine.

"We need to let them go.

"We don't want change the rules for tomorrow because it would be wrong for the title decider and turn everything upside down that we have developed in the last couple of years. 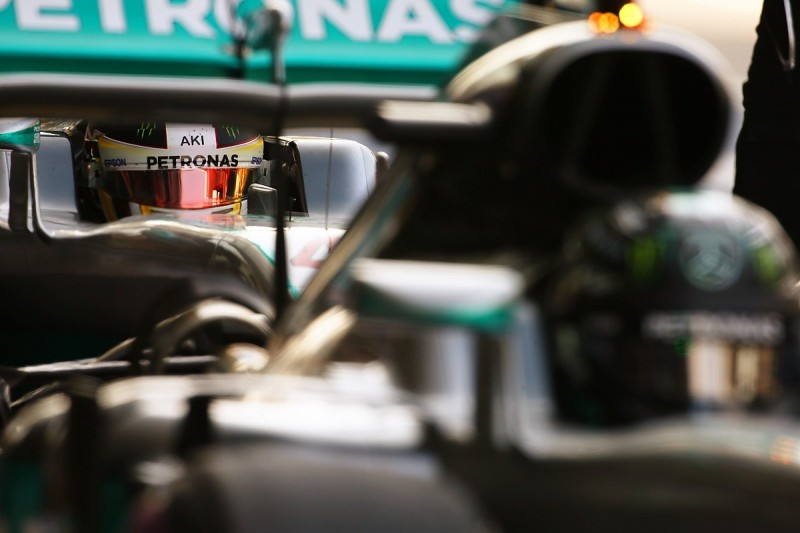 "The drivers are great sportsmen and they know what it would mean to overstep the line.

"It would cause a lot of controversy and therefore I trust this is going to go well tomorrow for the benefit of the team, the team spirit, and the effort it has been given, and the fans."

Wolff insists Mercedes will continue to give the leading car strategic priority because race victory remains the team's main focus.

"No matter what happens tomorrow the car which is leading the race or in a better position is going to have the strategy call and the priority because winning the race is our number one objective," he said.

"The second driver can either choose the same strategy or be on any other variances.

"The procedure for tomorrow doesn't change because it is a title decider."

Wolff added Red Bull choosing to start on the super-soft, whereas the rest of the top 10 will be on the ultra-soft, and Ferrari's pace is something to think about.

"I guess Red Bull hasn't got the pace here to win on the same strategy, that was the thinking, and the offset strategy gives them potential," he said.

"It is why it is a bit of a headache in the same way that Ferrari's pace is a headache.

"Our main objective is being fought out on track, when the lights go green it is all that matters."