Wolff suggested that Verstappen's clashes with Esteban Ocon on and off the track in last weekend's Brazilian Grand Prix indicated he still has some learning to do.

But Wolff, who tried to sign Verstappen to Mercedes' junior programme before he made his commitment to Red Bull while in Formula 3 in 2014, said he remains a huge fan of the Dutchman.

"You can see that there is a future champion coming together," said Wolff.

"Unbelievable talent and speed. And I think once the raw edges are off, he will be somebody who will be a world champion one day.

"In a few years he will look at the footage of [Interlagos] and maybe have his own opinion about whether that was the right behaviour or not.

"But you can't accelerate these things, this is a learning process."

Wolff defended the actions of Mercedes protege Ocon, who was penalised for clashing with Verstappen while trying to unlap himself from the race leader. 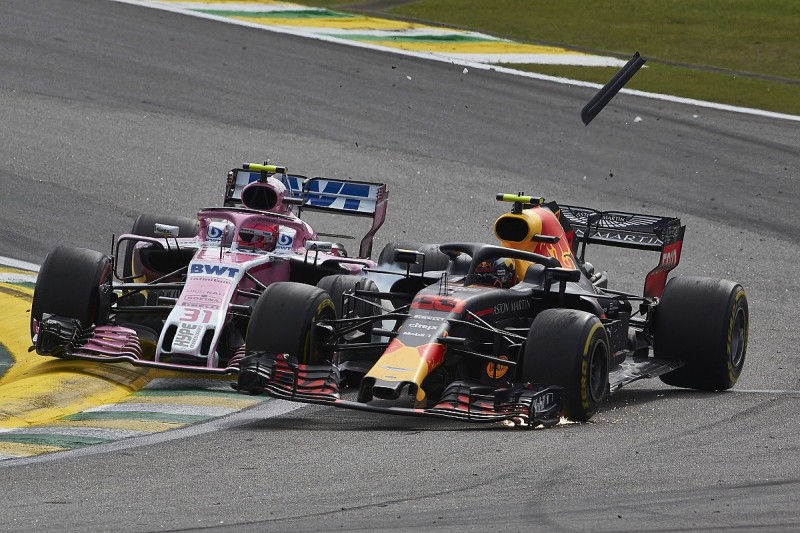 "He was on a new tyre, much faster, and tried to unlap himself, which is fair enough," said Wolff.

"Then they crashed and because Max was in the lead that was an incident that I'm sure Esteban would have wanted to avoid, rather than being out there in the press with all the criticism."

He dismissed an insinuation by Red Bull motorsport advisor Helmut Marko that Ocon's Mercedes connections had influenced how he drove around Verstappen.

"This is how Dr Marko sees the world, and I want to leave it with that," said Wolff. "I don't want to go on this level."