Toto Wolff says it will be up to Esteban Ocon and Alpine to decide on their Formula 1 future together before Mercedes has any input on his plans for 2022.

Ocon moved into F1 as a Mercedes young driver in 2016, and spent 2019 serving as its reserve driver before making a full-time return last year with Renault's works squad.

Ocon signed a two-year deal with Renault - since rebranded as Alpine - and has led its efforts so far in 2021, qualifying fifth for Sunday's Spanish Grand Prix.

Mercedes is set to decide later in the year on its 2022 driver line-up, with incumbent drivers Lewis Hamilton and Valtteri Bottas both out of contract. Mercedes junior George Russell will also be a free agent upon the end of his current Williams deal.

Mercedes team boss Wolff was initially coy when asked if Ocon could be an option for 2022, having previously been considered for a seat in 2020.

"Esteban is also one of the drivers that is connected to us, whilst being a full-fledged Renault or Alpine driver," Wolff said. 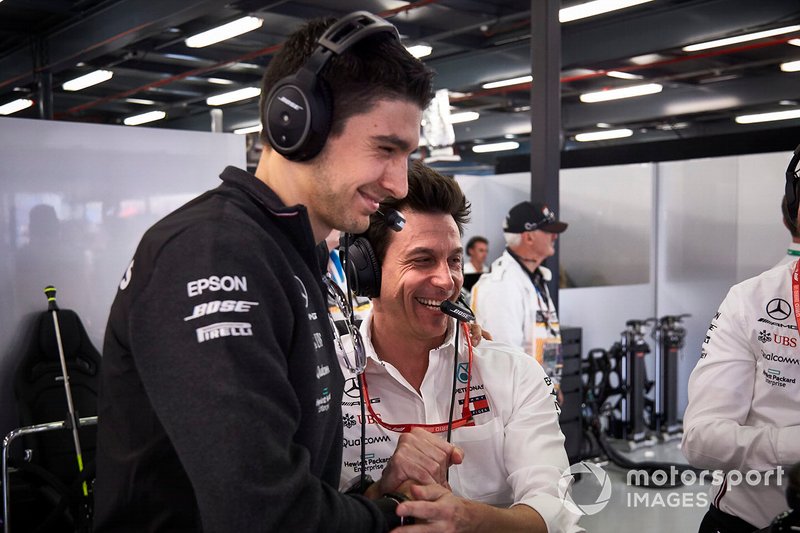 But when asked to expand on how seriously he came into consideration for 2022, Wolff said that it was up to Ocon and Alpine CEO Laurent Rossi to decide on their future before Mercedes would become involved.

"It's a little bit of a weird situation, because he's been a Mercedes junior for a long time, and he's an Alpine works driver now," Wolff said.

"That's a fact. I think the situation is good for him there. He's growing, he's putting in the performances. He's French. All that is very much the stars aligning.

"I think it needs to be Laurent and Esteban's call first, how to continue, before we start to give an opinion."

Ocon has out-qualified team-mate Fernando Alonso in all of the past three races, and finished seventh last weekend in Portugal, marking Alpine's best result of the season so far.

Wolff said he had been "impressed" by Ocon this year, but the French driver said his focus was on the current job at Alpine when asked if he was thinking about a Mercedes seat in 2022.

"What I'm focusing on is to do a good job here, at Alpine," Ocon said. "I think we have to be glad with our progress, and I'm glad with the progress I've made as well this year.

"I'm focusing on delivering the best I can at each single race, so you know, for sure if you perform, there will be always talks and things going on.

"But my aim is to deliver for the team that I'm racing at, and my home is here at the moment."