The Haas drivers had brought up the rear of the field in qualifying for each of the opening three rounds of the 2021 season – only starting ahead of Sebastian Vettel in Bahrain because of his grid penalty and likewise with Yuki Tsunoda at Imola after the AlphaTauri driver’s Q1 crash.

But Schumacher’s P18 in qualifying at Barcelona put him one spot and 0.102-seconds in front of Latifi, who he also beat in the race last time out in Portugal.

When asked by Autosport what had gone wrong for Latifi and if Schumacher’s qualifying result had come as surprise to Williams, the team’s head of vehicle performance, Dave Robson replied: “I'm not sure it's a surprise maybe.

“Because I think clearly Schumacher has been showing big improvements over the last couple of races and he was very strong in the race in Portugal.

“So, I think that's probably now a better reflection of where that car is.

“I think he's improved a lot.

“But it is disappointing with Nicholas. He's had a tough weekend really.

“He was not too bad yesterday, but not happy with the car.

“And then this morning, he was never as happy in FP3 as George was with the changes overnight, which we haven't really understood [why] yet. 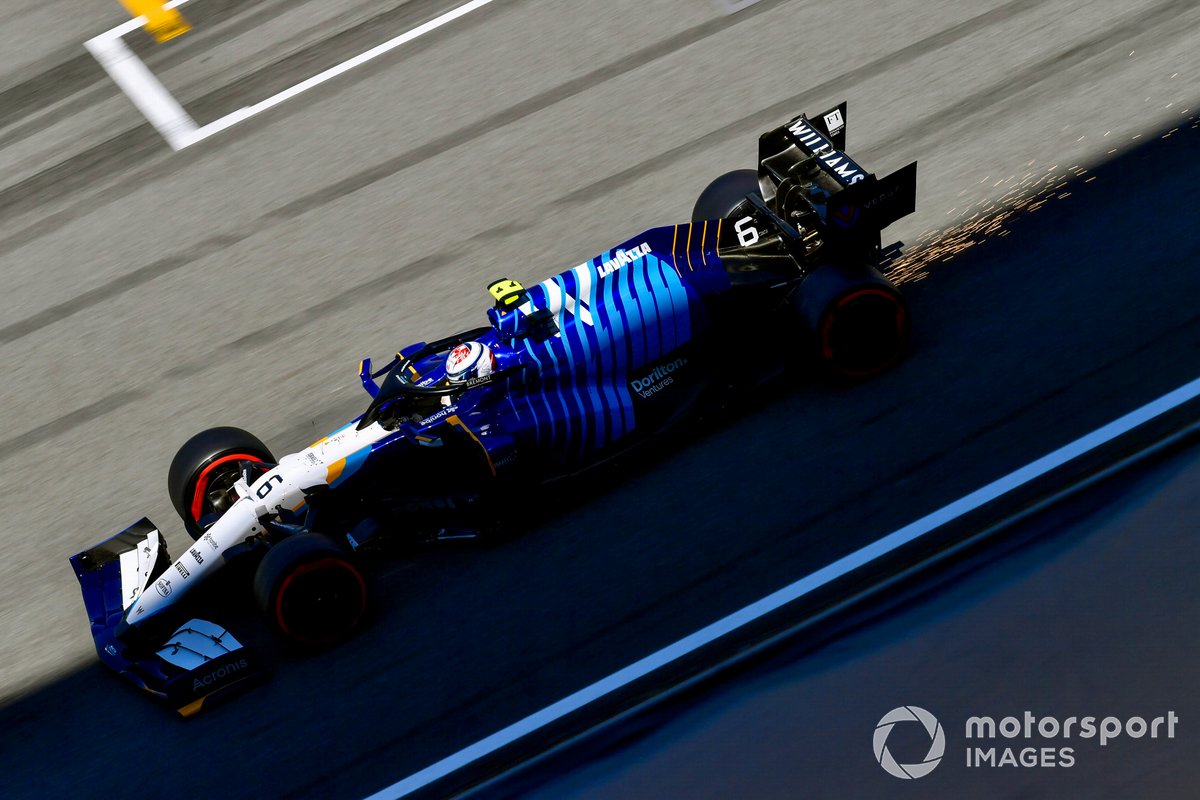 “And then I think the main thing in qualifying was that he, to his surprise, had much better grip in Turn 9 on one of those early time laps.

“He actually ran a bit wide with some understeer, which the first time he'd had that there all weekend. [He] rode over the kerb and damaged the bargeboards on his car.

“So, I think that definitely hurt him for the following runs. We're sorting out replacements for those bargeboards ahead of [the race].

“He definitely had a wounded car as he got further into Q1. But, yeah, he's just struggled a bit this weekend, unfortunately.”

Schumacher’s Q1 time was 0.2s slower than Alfa Romeo driver Kimi Raikkonen and the German reflected afterwards that he could have gone two-tenths quicker, which would have matched the 2007 world champion’s time of 1m18.917s.

In fact, had Schumacher delivered his best sectors on his final Q1 run he would have beaten Raikkonen, who did deliver his ideal qualifying lap time at the of the opening segment of qualifying, as the Haas driver would have produced a 1m18.899s.

“I think that in this lap I just did probably around two tenths [off my best],” Schumacher explained.

“That would be equal with what Kimi did. And so, I think therefore we can be quite happy.

“It's just about bringing those lap times together and closer and [making] the spread of the sectors smaller.

“So yeah, I think that in general we are quite on a good way. Definitely, we can be happy about [my qualifying] performance.”