Wolff: Russell's Williams F1 future is out of Mercedes' hands

Williams announced back in July that Mercedes junior driver Russell would continue into the third year of his contract with the team in 2021, partnering Nicholas Latifi.

But a change in ownership in September has led to a fresh review of the team's driver line-up, with new owner Dorilton Capital considering alternative options.

Russell said on Thursday that he had "no concerns" about his future and that he would look to talk to the team's management this weekend. Dorilton Capital chairman Matthew Savage was on site at Portimao on Friday, watching practice for the Portuguese Grand Prix.

Acting team principal Simon Roberts said on Friday that "nothing has changed" with Williams' line-up for 2021, but refused to confirm that both Russell and Latifi would remain for next year.

Russell has been part of Mercedes' junior programme since 2017, and was linked with a move up to its senior team earlier this year prior to its decision to retain Valtteri Bottas, but now faces the possibility of not having a seat at all should Perez be signed to replace him.

Mercedes F1 boss Wolff said Russell's future was entirely up to Williams to decide, and that he could not judge the financial picture the team faced.

"At the end, it's Williams' decision," Wolff said.

"We all know about George's capabilities. He's a star of the future, and remains unbeaten by his team-mates in Formula 1 [in qualifying]. 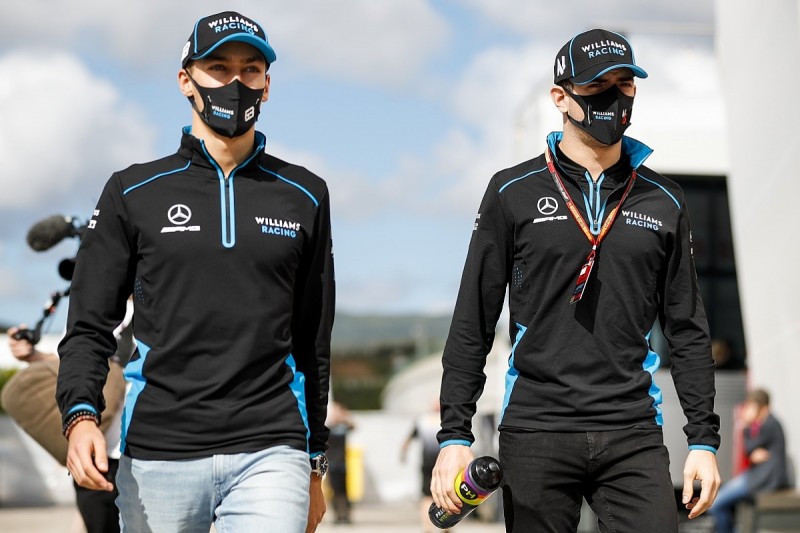 "Sometimes he is able to show highlights in a car that is not competitive at the moment, and I think he's a great team asset.

"But then obviously there is a financial reality that I cannot judge at all.

"It's absolutely the discretion of the new owners and Simon to decide what they want to do going forward."

Russell does not bring any financial backing to Williams, which is something that both current team-mate Latifi and Perez would be able to offer.

Perez said on Thursday that he hoped to have news on his F1 future soon, but refused to be drawn on whether he was in talks with Williams.

Wolff confirmed that Mercedes had been in contact with Williams to see where the ground lay regarding Russell's future since the Perez links emerged.

"Yeah, we touched base about George," Wolff said. "But at the end, like I said, it's their call."