Wolff: Mercedes haunted by "scepticism and pessimism" over F1 results

Mercedes boss Toto Wolff says his team continues to be haunted by 'scepticism and pessimism', despite having taken a record-breaking seven consecutive Formula 1 world championship doubles

The German car manufacturer has been dominant since the turbo hybrid era started in 2014, and was a step clear of rivals last year as it was beaten just three times.

Wolff says that the scale of the advantage it had in 2020 caught it by surprise, with Red Bull's challenge falling short and Ferrari's pace dropping off.

However, Wolff says in an exclusive interview with Autosport that key to its ongoing success is a paranoid mindset at the team that makes it fear that its run of dominance will soon end.

"Every year, performances that are similar to the ones that we had [in 2020] come as a surprise, because by nature, we are sceptical people," said Wolff.

"That keeps us on our toes for the targets that we set ourselves, and we are always a little bit behind.

"In that respect, we are all pleasantly surprised when we get out of the blocks and see that we are in a good position. But that scepticism and pessimism around our own performance level continues to haunt us during all of the seasons.

"We're never quite sure that we make it, until it's really done. And we are not fishing for compliments here. It's simply the attitude we have." 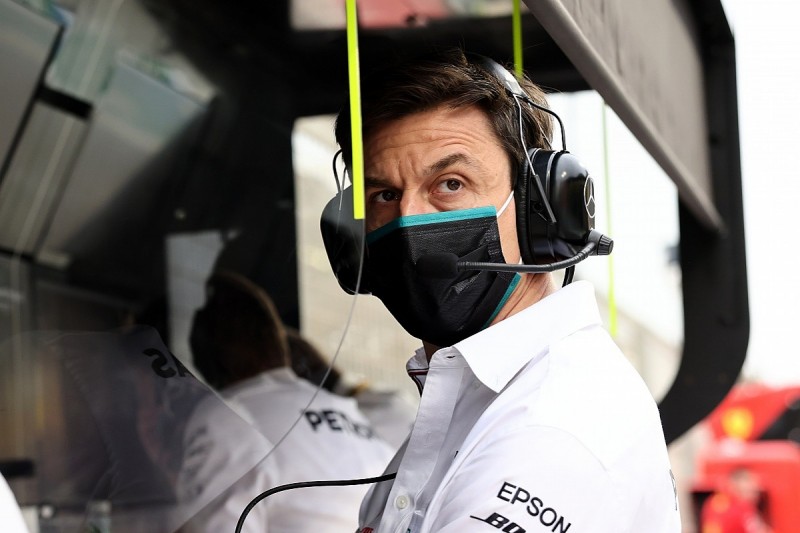 Wolff says he has no answer as to why immensely strong rivals like Red Bull and Ferrari have not managed to pull together a strong enough title challenge over recent years, although he suggests some core strengths of Mercedes have helped.

"We respect our competitors, and we have great respect for the people in those teams," he said.

"I cannot really look into other organisations, and that's why it's very difficult for me to pinpoint where their weaknesses lie or where we have advantages.

"I just know we are a good place to work, we are a fun place, but we are also a place that puts pressure on ourselves.

"You need to empower. You need to be a safe place for the employees. You need to allow them to speak up, to make mistakes and have the right values. And all that can only be built up over time." 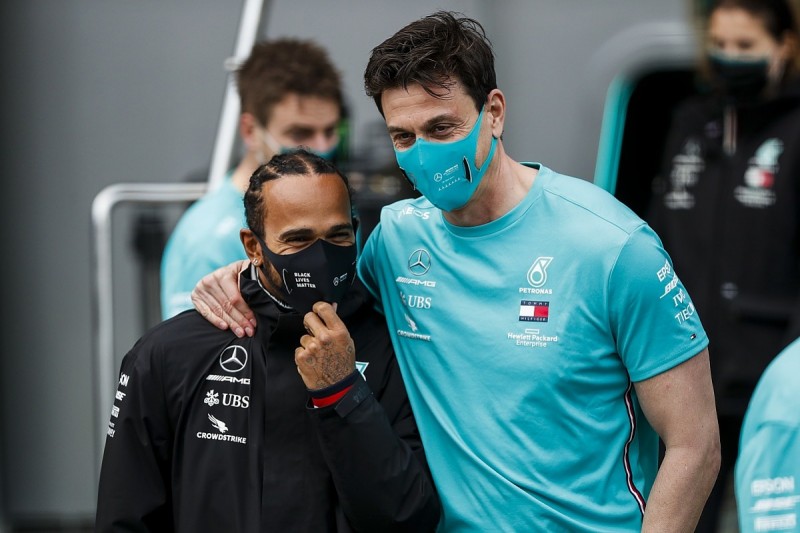 Wolff is clear though that sometimes Mercedes' determination not to get beaten can push its staff to the edge, as happened when its engine department faced the challenge of Ferrari's powerful 2019 engine that was eventually pegged back by FIA technical directives.

"When I look within MGP and HPP, or Mercedes' motorsport organisation, I can see that the last year on the absolute edge of performance delivery, amid a cost cap environment and the restructuring needed because of COVID, it's been, taking its toll," he added.

"We have we do everything within our arsenal of instruments to try to be in a good space and keep our energy levels high, set the right objectives and find purpose in what we do.

"But years like 2020 are sometimes very difficult and not as straightforward as previous years have been."

Reflecting in particular on Mercedes' engine division and the stress it was put through in recovering lost ground to Ferrari, Wolff said: "HPP has been pushed to the limits in 2019, trying to catch up to the benchmark power unit that was Ferrari [in 2019].

"I would say at certain stages, overstretched into unhealthy territory with the support of MGP, where chassis related items to the power unit needed to be developed.

"I think we just pushed ourselves so hard that we made a big step over the winter and, in a certain way, it's ironic that we got pushed so much by the ones that fell back in 2020."

2021 F1 Australian GP set to be postponed amid COVID restrictions