Toto Wolff says that Mercedes has made its decision between George Russell and Valtteri Bottas over who will race for its Formula 1 team in 2022.

Mercedes has been considering for a number of months who will partner Lewis Hamilton next season, having agreed a new two-year deal with the seven-time world champion earlier this year.

Bottas has raced for Mercedes since 2017 and helped the team win four constructors’ championships, but could be replaced for next year by Russell, who has starred during his time with Williams and is a member of Mercedes’ young driver programme.

Mercedes previously said it expected to make a decision between Russell and Bottas in the summer months, but no announcement had been made ahead of F1’s return at Spa this weekend.

Russell and Bottas stayed coy on any decision being made during Thursday’s FIA press conference, with both drivers saying there was “no news to share yet”.

But Mercedes F1 boss Wolff revealed on Saturday that a decision has already been made, replying “yes” on two separate occasions when the question was put to him, adding in one response: “I’ve always been genuine with you.”

Russell put in his latest great display for Williams on Saturday during qualifying for the Belgian Grand Prix, taking second on the grid in torrential rain to mark Williams’ best grid slot since the 2017 Italian Grand Prix.

Wolff joked that he was “a little bit disappointed, because [Russell] should have been on pole”, but added that the performance made no difference to Mercedes’ view of him or its considerations.

“I think we know what we have with George,” Wolff said.

“And if I needed to have that ultimate proof, then something would have been wrong. The decision is also considering other factors.” 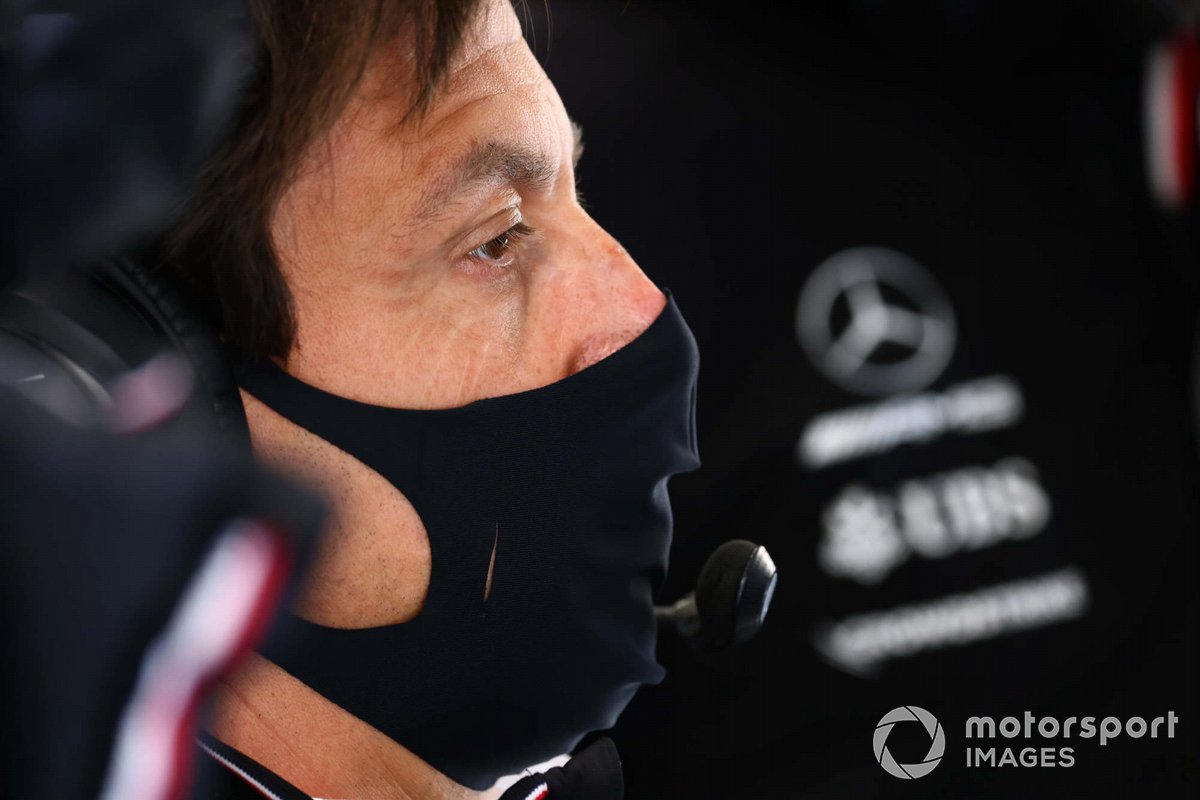 Wolff also spoke about the importance of ensuring that whichever driver did not race for Mercedes next year has a good alternative option.

“Both of them deserve being looked after. Both deserve to be looked after in the best possible way, because both of them are part of the family, and we hold them up high.

“So there are pros and cons, like with any driver line-up, and at the end, there is no such thing as a perfect discussion.