McLaren Formula 1 driver Lando Norris has been cleared to race in Sunday's Belgian Grand Prix despite his heavy crash in Eau Rouge during qualifying.

In the final Q3 shootout, which was run in very wet conditions, Norris lost control of his McLaren through Eau Rouge as his car appeared to aquaplane off the track.

Norris made heavy sideways contact with the tyre wall at the top of the Raidillon, a high-speed impact which destroyed both ends of the cars and sent him spinning back onto the track.

Norris was soon able to step out of the car under his own power, but appeared to have some discomfort around his elbow, and later went to a nearby hospital to get precautionary X-rays taken.

Those scans have not brought any injuries to light, with Norris' team boss Andreas Seidl confirming the Briton will be able to race in tomorrow's grand prix.

"The checks were done in the hospital, also on his elbow that was hurting a bit. Everything is good, and he’s good to be back racing tomorrow," Seidl told the media on Saturday night.

Given the severity of the damage to Norris' McLaren, he is likely to require a new chassis and engine, which would force him to start from the pitlane rather than from his ninth position on the grid. 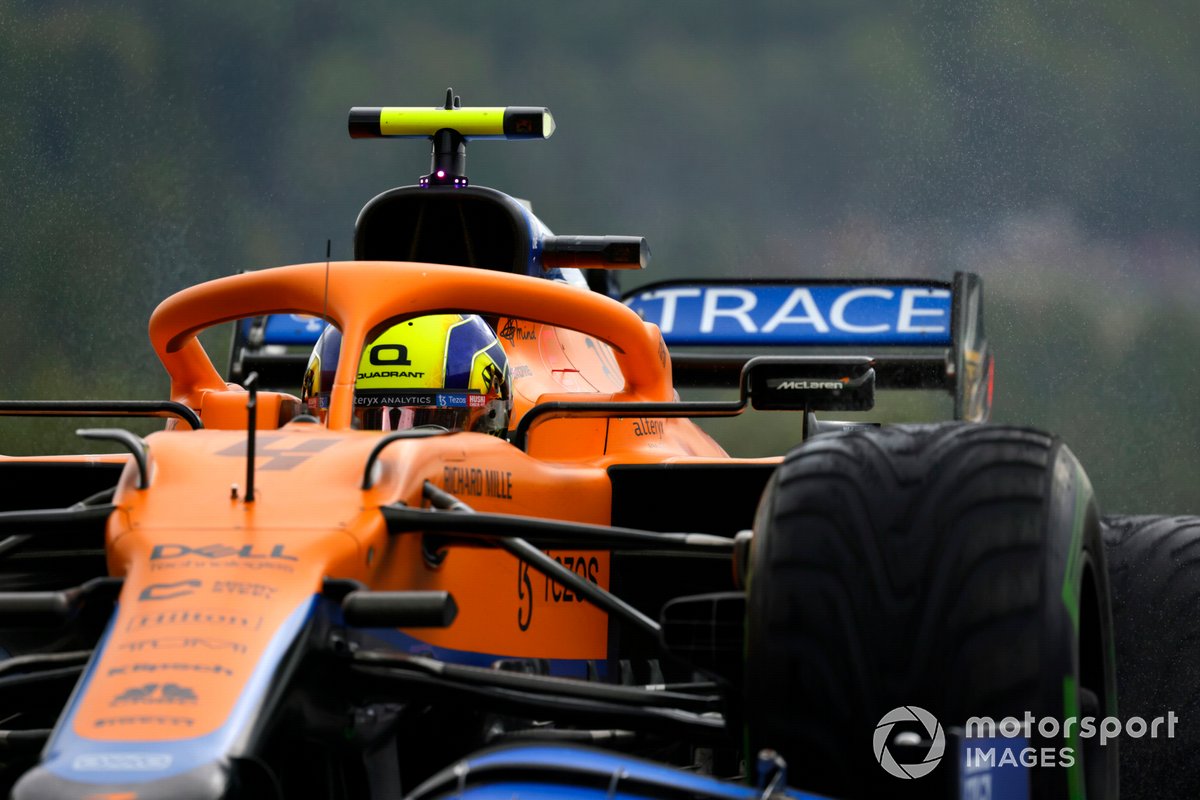 Seidl explained that McLaren was assessing the level of damage on Norris' car, and whether the car can be put together in a state that does not require a grid penalty.

"The assessment of the damage is still ongoing, in terms of what we have to change," he said. "And the impact on the starting position tomorrow. That's still in progress.

"The most important thing is Lando is OK, now our focus is on getting the car ready for tomorrow. Knowing that Lando is in top form hopefully we can get back into a position to score points with him.

"I didn't speak with Lando in detail, it's something we'll do tonight. I think it was a reasonably heavy impact, but with the safety we have in F1 and the safety the circuit is having luckily he ended up with just bruises or whatever."

Norris' team-mate Daniel Ricciardo qualified fourth for the Belgian GP, and will start alongside Lewis Hamilton on the grid in tomorrow's race.