Mercedes boss Toto Wolff thinks his team was right to gamble on trying to get Lewis Hamilton through Formula 1’s Turkish Grand Prix on a single set of intermediates.

The world champion had made a strong recovery from 11th on the grid to run fifth behind Red Bull’s Sergio Perez during the midpoint of the race.

But as a number of cars ahead of him pitted for fresh inters, Hamilton joined Ferrari’s Charles Leclerc in electing to try to stick it out until the end without a change.

Although that decision cost both drivers when it became clear that the inters were not going to last, Wolff thinks that Mercedes made the right approach in pushing for what could have been a much better result.

“The intermediate obviously looked really scary but we thought that we could maybe hang out there and finish third with not stopping,” Wolff told Sky F1.

“And, if a dry line appeared, maybe even going onto a soft tyre until the end. So we balanced between pitting, taking it very conservative in fighting with Leclerc and Perez on the track for P3, or taking a little bit of a gamble but either winning or finishing third.

“But when we saw Leclerc dropping off and then Lewis started dropping off, it was clear we wouldn't make it to the end.” 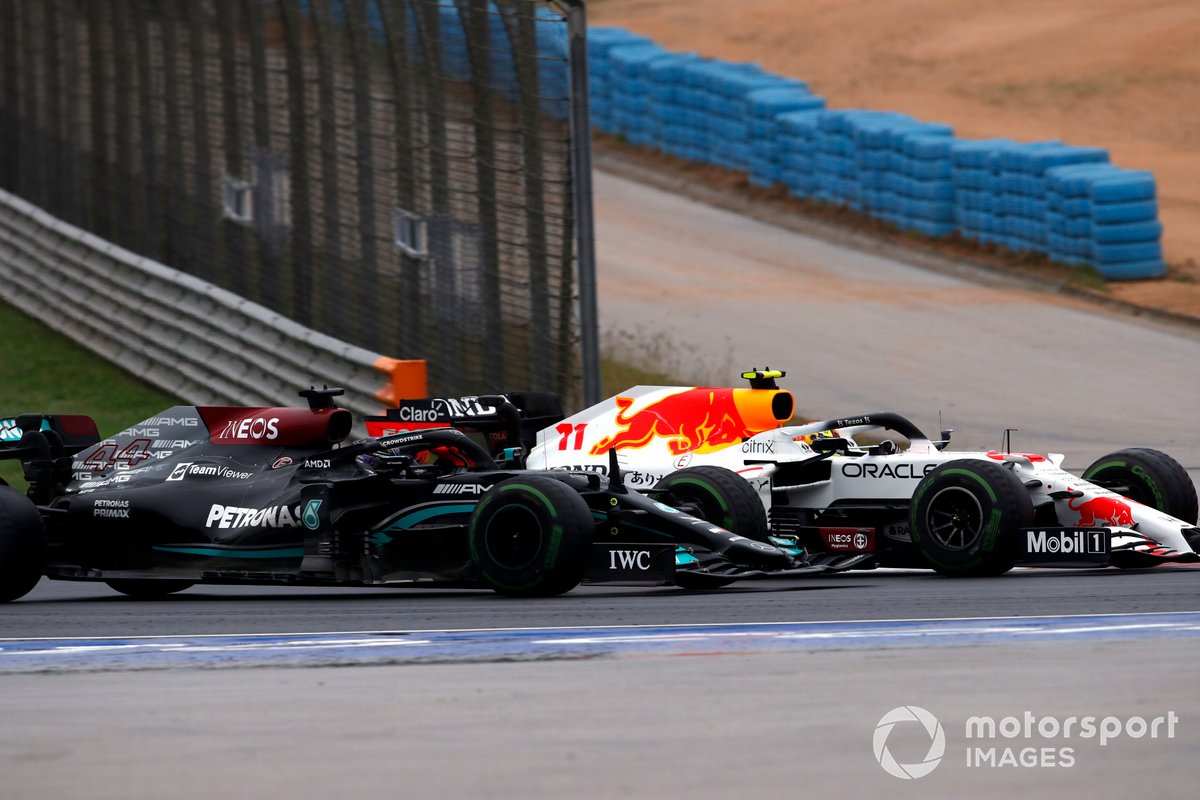 Despite the later than ideal pitstop dropping Hamilton behind Perez and Leclerc, Wolff thinks that it was worth his team trying to go for something better – and said there would be no finger pointing at his strategists about points that were potentially lost.

“We've never had any problems, and there is plenty of time to debate it here and on the flight,” he said.

“But it's clear in the car you just have a limited amount of information and overall I think that was worth the try today.”

Wolff accepts that with hindsight a better option would have been to stop earlier – potentially when the idea was first discussed between the pitwall and Hamilton.

“The correct call would have probably been taking it very conservative and pitting when everybody pitted for the intermediate, coming out behind Perez, probably behind Leclerc, and then fighting with them on track for P3,” he said.

“That would have probably been the correct choice, but this is only with hindsight after the race.”