Williams still needs more parts for its 2019 Formula 1 car to arrive before it can start the bulk of its aerodynamic work, following the FW42's delayed pre-season testing debut

The team missed the first two and a half days of testing due a delay finishing the build of its new car, which only arrived at Barcelona at 4am on Wednesday.

George Russell gave Williams its first tentative laps of testing in the afternoon and the team plans to commence other elements of its programme in the final hours of Wednesday running.

Deputy team principal Claire Williams said: "There are a few parts that are coming later tonight, and then we will be able to start really concentrating on our aero programme tomorrow.

"We can get on and do other stuff today."

Williams admitted it was a "big relief" when Russell was finally able to take to the track with the new car.

"It would be an underestimation to say this has been difficult for everybody," she said.

"It wasn't done intentionally, nobody wants to do this and I can't express how hard this has been for everybody in the team.

"To see the car make its way out of the garage was a palpable sense of relief."

Williams said she is certain the team will have enough parts in time to take two complete cars and a spare chassis to the season-opening Australian Grand Prix next month. 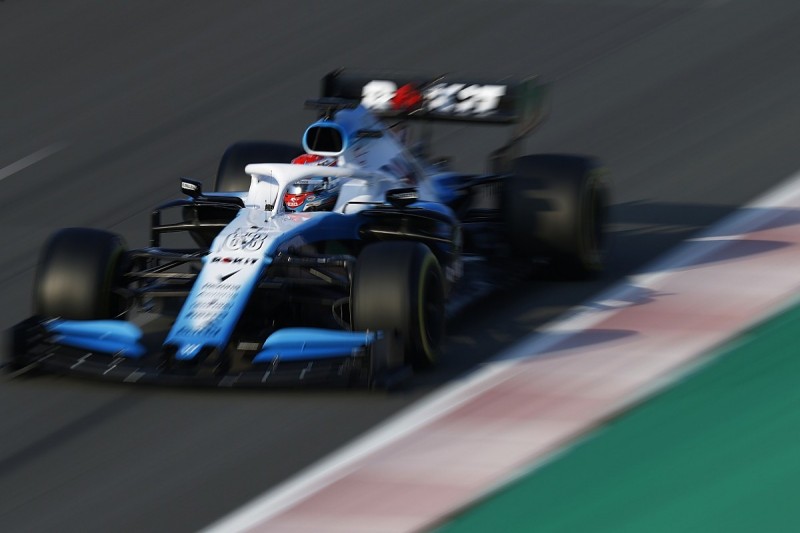 But she admitted it is too early to tell what impact the delayed start to testing will have on Williams's season.

The team is hundreds of laps of running behind the leading squads already.

"It's early days," she said. "We've missed two days of testing, that's not ideal, it's a lot of potential kilometres.

"But I don't think we will actually know the full impact of missing those two days until probably a bit later on.

"Clearly we're doing everything we can to condense the programme we had to maximise the time available.

"We will really focus our efforts and attention on the most important and critical areas to make sure the car is in the best shape possible for Australia."

The team will make "some compromises" to its testing plans but Williams hopes it will still be left with a "comprehensive programme" to utilise new testing equipment.

"The most important aspect of that is going to be doing the aero evaluation work over the coming days," she said.

"We have a lot of great new rakes that we have brought out here.

"It is just a case of making sure we can maximise that time and make sure that the car is reliable so we get as many laps as we can possibly get."