Following delays in the production of parts, Williams was only able to get its new FW42 on track briefly on Wednesday afternoon after missing the first two and a half days of running.

Williams, the squad's deputy team principal, said that her squad had only became aware of the trouble it was in last weekend, although the team has declined to elaborate on exactly what had gone wrong.

"This is not a situation we anticipated," Williams said at the Barcelona test on Wednesday afternoon.

"It's not a situation we ever wanted to find ourselves in.

"We're not just disappointed but it's embarrassing not bringing a race car to a circuit when everyone else has managed to do that.

"Particularly for a team like ours that has managed to deliver a race car to testing for the past 40-odd years. So, we can only apologise." 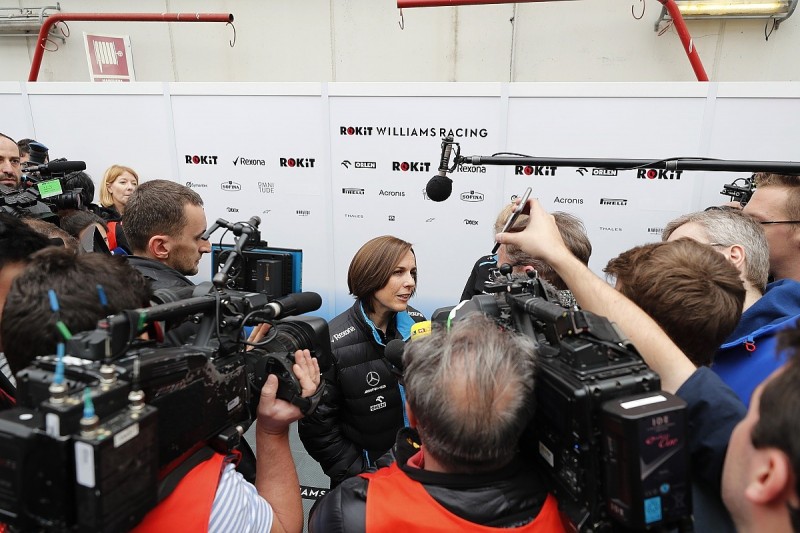 While Williams will analyse what happened at a later point, Williams said that the focus for now was just on getting the new car running and try to minimise the disruption to the team's pre-season programme.

"It became apparent quite late on actually, that we weren't going to make the shakedown and subsequently not make the first day," said Williams.

"We thought we could get everything we needed to together in order to make Tuesday.

"But I'm not going to go into any detail as to why that happened. I don't think it's appropriate to discuss the ins and outs of what went wrong.

"Completing that inquest has not happened at Grove yet anyway.

"We're clearly aware of some of the issues but it's too early to start discussing them in any detail and probably something we wouldn't do anyway.

"We need to resolve what went wrong so this doesn't happen again at Williams."

The difficulties that Williams has faced have prompted questions about the future of its technical chief Paddy Lowe. But Williams refused to comment on the situation.

"I've been reading a lot of speculation in the media recently about Paddy's position," she said.

"Right now, all I'm focused on, and all the team should be focused on is the car, and making sure the car is in the right place."