Williams has explained how the decision to successfully make downforce and drag improvements has left its 2021 Formula 1 car exposed to wind sensitivity issues.

Speaking after his single day driving the FW43B in pre-season testing earlier this month, Williams driver George Russell said he expected the team’s 2021 performances to “yo-yo” depending on how much wind was blowing at each venue.

Russell and team-mate Nicholas Latifi outlined this again ahead of this weekend’s Bahrain Grand Prix – taking place at a venue where gusts of wind regularly catch out teams and drivers – and Dave Robson, Williams’ head of vehicle performance, explained that the team’s approach to its 2021 car design alterations meant that, while it had made gains in adding downforce and reducing drag, these came at the expense of wind sensitivity.

“All aerodynamic cars have got a yaw sensitivity,” he said. “And any that don’t simply don’t generate any downforce. So, it sort of goes with the territory.

“I think we have made it a bit worse. Not by intention, but it’s part of how you have to make some trades to make some breakthroughs with generating downforce or reducing drag.

“And then what you try and do is, once you’ve got that base car, you then start working on the yaw sensitivity side of it and hopefully you ratch it up – [that] is certainly a way of developing the car.

“And it’s kind of where we’re at, at the moment.

“We’re in that phase where the straightline downforce and the drag of the car are both better than they were last year.

“The current price we’re paying for that is a slightly increased sensitivity to the wind and the job at the moment is to hang onto the good stuff and recover some of that yaw sensitivity.” 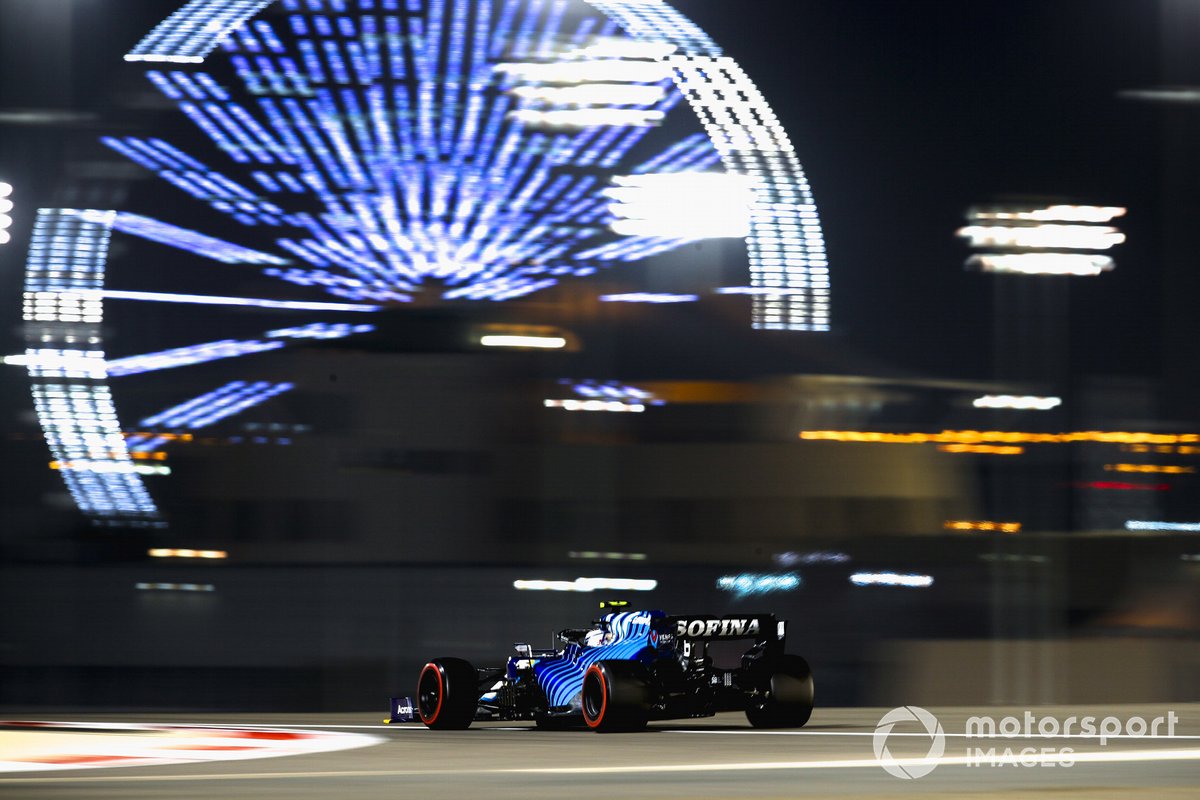 When asked if the issue could be fixed during the 2021 season, Robson said: “So there are some upgrades planned.

“The factory, the aerodynamicists are currently working hard on that.

“I think we’ll see fewer upgrades than normal – because a lot of the factory’s attention now is turned onto next year’s car.

“But I think we would definitely like to improve the wind sensitivity this year and I think there will be some test parts hopefully in a few races' time that will help us take a step in that direction – that’s the plan, anyway.

“I think if we can understand on this car how to better trade one for the other then that should also apply to next year’s car, at least philosophically, if not in direct component comparison.”

In qualifying for Sunday’s Bahrain race, Russell escaped Q1 for the 10th time since the start of 2020, but went significantly slower on his sole run in Q2.

In response to a question on why this had occurred from Autosport, Robson explained “it was a used set of tyres” following the team sending Russell out for a short, untimed, run at the start of Q1 to get a full read on the wind conditions at that stage.

“We did the three runs in Q1 deliberately because we wanted to understand what that change in wind direction had done for the car,” said Robson.

“We just did a ‘once past’ to get a feel for the wind conditions.

“So, he used that set [in Q2]. They hadn’t done a full timed lap but it was definitely used. But otherwise, nothing was wrong with the lap, just a lack of grip from the tyres.”