Sebastian Vettel will start the 2021 Formula 1 season opener in Bahrain from the back of the grid due to a penalty for ignoring double yellow flags in qualifying.

The four-time F1 world champion, preparing for his Aston Martin debut after switching from Ferrari over the winter, was knocked out in the first session of qualifying in 18th place ahead of the Bahrain Grand Prix after aborting his final flying lap due to two separate yellow flag incidents.

Vettel, who was initially cleared in an FIA stewards’ hearing for not respecting a single waved yellow at Turn 8 during qualifying along with Esteban Ocon, Lance Stroll and George Russell, was summoned into another stewards' hearing over a double yellow flag incident at Turn 1 earlier in the lap.

Vettel had to slow down at Turn 1 after Haas rookie Nikita Mazepin spun ahead of him, with the Russian having just jumped the queue and passed the Aston Martin driver on the warm-up lap.

The hearing, which took place at 1:30pm local time in Bahrain, led to Vettel being given a five-place grid penalty for failing to respect double yellow flags at Turn 1.

The penalty drops the German to the back of the grid for the Bahrain Grand Prix, and promotes both Haas rookies Mick Schumacher and Mazepin up one spot each. Vettel has also been given three penalty points on his licence. 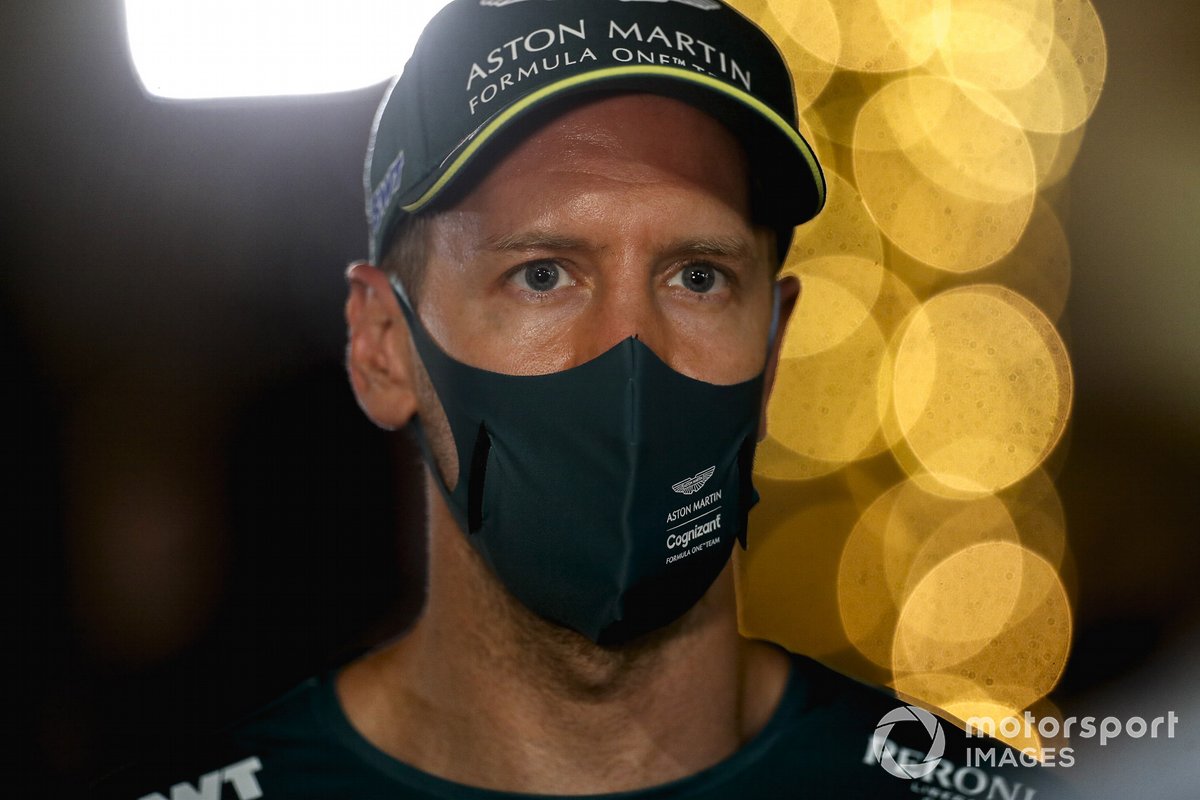 In the FIA stewards document released following Vettel’s hearing, the Aston Martin driver was judged to have not followed the double yellow flag rules which “the race director emphasised that the flag code must be rigorously enforced” during the pre-event drivers’ briefing.

“Vettel did not abandon his lap. He explained to the stewards that he saw the smoke ahead of him, but was unsure if it was a lock-up or a stopped car until he was quite close to the car and the smoke was lifting,” the stewards’ document read.

“The stewards observed that he had already passed the signal panel when it illuminated as he approached the scene, and that the marshals in that turn had not yet reacted with a yellow flag.

"Nevertheless, Vettel was approaching a car that was stopped sideways on the track and by the rule this would necessitate a double yellow flag.

“While the argument that the driver was already inside the sector when it went double yellow evokes sympathy, the stewards feel it is important to note that he was approaching an incident visible ahead of him.

“Further, the car ahead, in the same position, was instructed to abandon the lap, as is intended by the race director’s notes.

“The stewards therefore order the usual penalty in this case, a drop of five grid positions.”

Vettel said: “We were already quite far back so it doesn't make a difference. Hopefully we can come up with something clever on strategy so we can move up and enjoy it along the way.”