Both drivers encountered contact in separate incidents at the first corner in Austin, with Bottas clipping Lotus' Romain Grosjean and Massa tangling with McLaren's Fernando Alonso.

Bottas, who had changed his gearbox between qualifying and the race, gambled on dry tyres when he pitted with damage, but returned to the garage shortly after and retired.

Massa fought back to 10th, but three laps after fitting dry tyres, the team told him to retire the car for the same reason as his team-mate.

"We have already put plans in place, different action paths which we are going to try and take," said Williams performance chief Rob Smedley, whose team suffered its first double retirement since the 2012 Brazilian GP.

"Once we have understood the problem and fully actioned these processes and designs, then the next stage will be to test new parts and make sure we are going into the race robust."

When asked by Autosport if he was confident Williams could get the problem fixed in time for Mexico next weekend, Smedley said: "We have to, there is no alternative. We can't not do it. 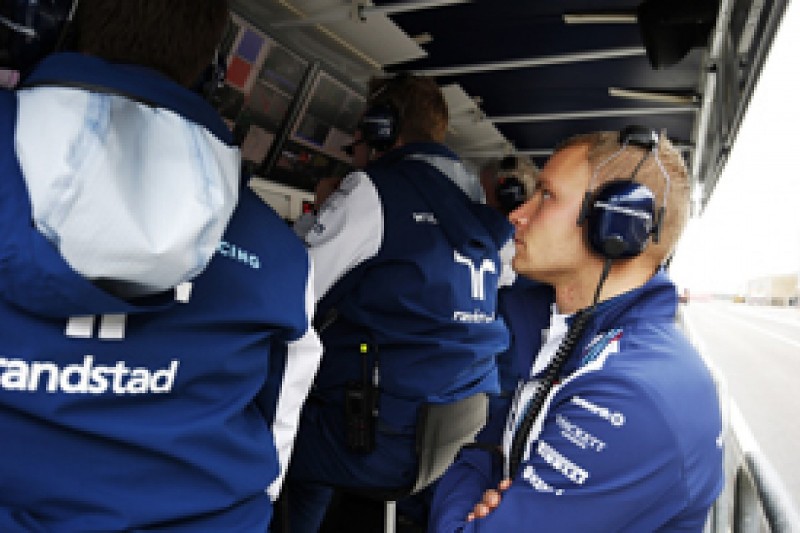 "Any kind of reliability issue we have to be able to sort, both understand and resolve and bring the manufacturing forward and get it on the car in a matter of days.

"If we have to work 24 hours a day to get the cars ready both here and Grove, then we'll do it. We'll be ready for Mexico."

Smedley said the team had not previously had a problem with this particular part, adding that the team also changed Bottas' gearbox before the race following a damper failure.

"Because the dampers are internal to the gearbox, we just changed the gearbox wholesale rather than trying to change single items," he said.

"In the race, both drivers had the same problem. We have fair idea of why it happened but we still have to get the dampers off the car and analyse the failed parts.

"The bumps here are quite severe and that has been the contribution to why we have failed that.

"Obviously nobody [else] has had that problem, it's particular to our car.

"The problem is a first. The piece we have on the car is proven, it's not a new piece.

"We've done the whole season and last season with pretty much the same design so it was very specific to this circuit."