The reigning European Formula 3 champion has had a turbulent start to his F1 career, failing to finish four of his first six races and struggling to get close to team-mate Felipe Massa in qualifying.

From 17th on the grid in Montreal, Stroll finished ninth to score points for the first time, mixing it with some established names along the way.

Williams believes that has gone some way to answering critics of the Canadian and his recruitment.

"I think it was real vindication for him wasn't it?" Williams told Autosport.

"He proved all those doubters wrong, and he truly deserves his place.

"He came from 17th from ninth, and he did it twice.

"I'm really proud that he's done what he's done. It takes the pressure off everybody, which is really good.

"I think it's a monkey off his back, and it's only taken him seven races to do it."

Stroll's result prompted technical chief Paddy Lowe to mistakenly head towards the podium, so strongly did it resemble his feeling of winning with Mercedes in recent years. 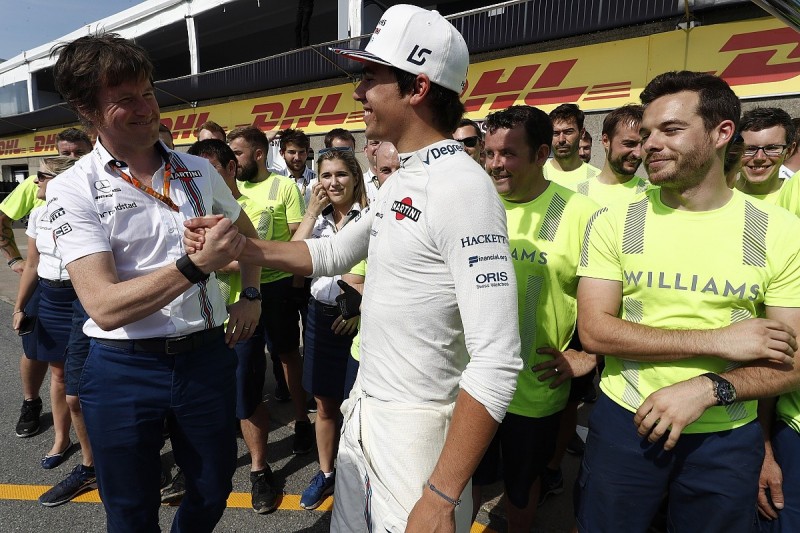 The teenager has said he found criticism of his tough start "funny", and Williams paid tribute to his ability to soak that up.

"I think he's been under a huge amount of pressure, and that pressure comes from himself," Williams added.

"He's one of those drivers for whom that's a good thing, it drives him forward and I think he's dealt with it really well.

"Considering he's only 18 - and we should all remember that - the fact that he keeps coming back shows his bounce back quality is pretty impressive considering the negative commentary that's been going on on top of everything."

Williams remains sixth in the constructors' championship leaving Canada, with Massa collected by Carlos Sainz Jr on the opening lap.

Force India finished fifth and sixth with Sergio Perez and Estaban Ocon, and Williams is now 49 points behind the fourth-placed squad.

"[Massa] could have maybe even got on the podium again," Williams said.

"It was great to see the Force Indias up there fighting with the Red Bulls and Ferraris.

"Good for them, they deserve it, they've worked really hard.

"The gap between us is now enormous, but that's our fault, not theirs."