The 18-year-old rookie had a shaky start to pre-season in the opening Barcelona test - including two spins and a crash that cost Williams a full day of running - before a smooth second week of running at the Spanish track.

While Stroll, the son of Canadian billionaire Lawrence, is seen by some as a 'pay driver', the teenager says he is not fussed by the criticism.

"I don't care about the critics. It's none of my business," Stroll said.

"We're all professionals. Things happen in motorsports and you've just got to bounce back from it.

"It's all pretty straightforward to everyone. It was a frustrating [first] week but we set our minds on [test two] and did a good job.

"We got all our running in: long runs, short runs, all compounds of tyres, so it was a good week.

"I was going to do a 1m19.5s before I went off. I was eight tenths up on that lap on the ultra-softs. 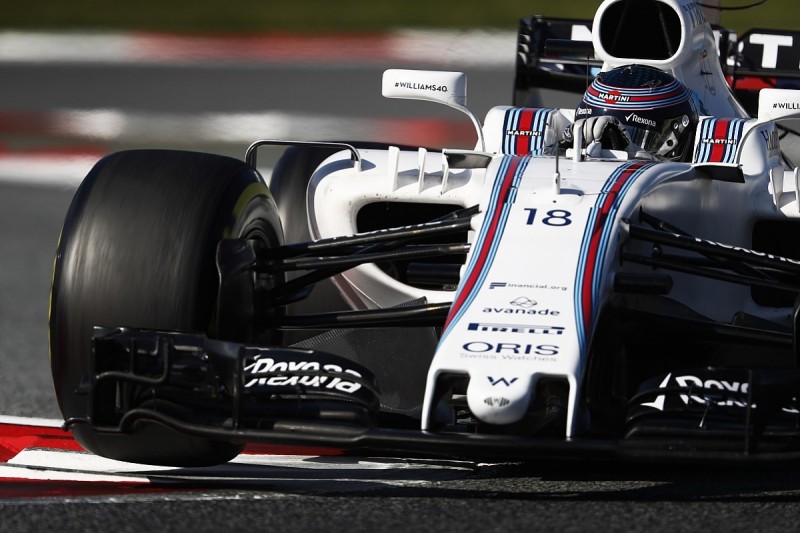 "I think it's quite OK but it's not the time to be focused on lap times."

Stroll insists he is not setting any particular goals for his first F1 race, which takes place on the streets of Melbourne's Albert Park next weekend.

"We've still got to stay calm and I don't think we really need to set an objective," he said.

"It's obviously a new track for me. It's a different track - it's not like a normal race weekend.

"It is a road course, so there's a lot to learn over there but I'm just going to take it step by step, run by run."

The Canadian reckons Williams needs to stay open-minded about its goals for the season ahead, but concedes Mercedes, Red Bull and Ferrari could be out of reach.

"The top three teams will be very hard to catch, but after that, it's a battle," Stroll said.

"We must not set a figure in our mind. We'll see the result when races come."