Brazilian Massa reversed his decision to retire from Formula 1 to partner Lance Stroll at Williams this season, which in turn allowed Valtteri Bottas to move to Mercedes, but does not currently have a deal for 2018 in place.

Williams's decision over drivers is complicated by the fact that its Martini sponsorship deals means the team needs to have one driver over the age of 25.

Fernando Alonso was rumoured to be in the frame at one stage, but the Spaniard's deal to stay at McLaren is expected to be confirmed soon.

Massa suggested he does not want to be seen as a last resort when no other suitable drivers are still available.

"I'm interested to stay if I think everything around is correct for me to stay - what is the plan for the team, what are the ideas for next year," said Massa.

"And the team needs to show that they want to have me inside.

"I need to carry on the position I always try to have, and I always have, to be honest.

"And I think that's what I'm looking forward to next year.

"If I find a way to stay in the position that I want for myself, everything around the team, then I stay. Otherwise I don't stay."

Massa added there appear to be few realistic alternative candidates still on the market.

The 36-year-old believes that he has driven well this year, but that his current points tally does not reflect his maximum potential haul.

"The most important thing is how I feel in the car," said Massa.

"I feel really good in the car, quite competitive in the way I'm driving.

"Unfortunately I was a little bit unlucky in three races - Russia I was sixth [then] I had a puncture, I had to stop, I finished ninth.

"In Barcelona I had a fantastic start - I passed two cars, even Perez, and then I touched with Fernando in the first corner and then I had a puncture. 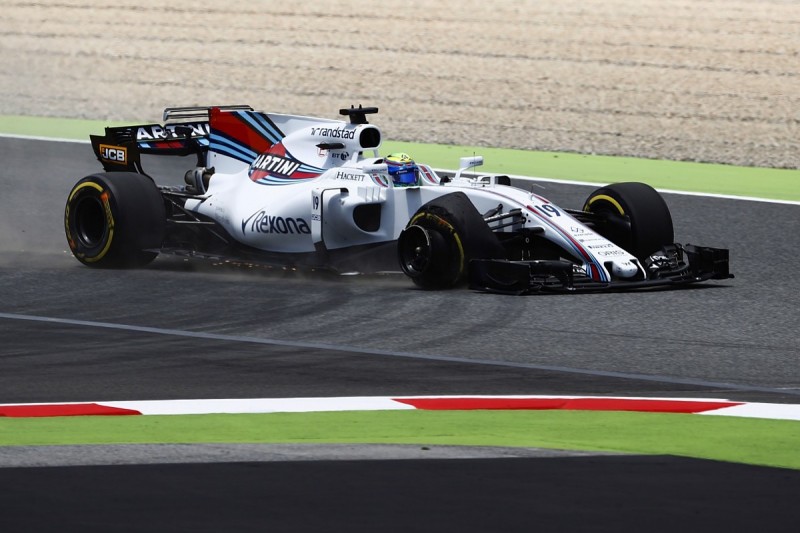 "Perez finished fourth, my pace was similar to his pace, so I could finish fourth, because I was in front in that race.

"And Baku everybody knows what happened, I had a problem in the car, and it was a race that I could even win.

"And this is what gives you more motivation."