© 2021 Motorsport Network. All rights reserved.
TV Tickets fashion Giorgio Piola jobs
Previous / Williams F1 needs to show it wants Massa if he is to stay for 2018 Next / Renault made bid to grab Daniel Ricciardo for 2018 Formula 1 season
Formula 1 News

Kubica's F1 career stalled after he suffered life threatening injuries in a rally crash in 2011, but he has been pushing to return to the grand prix grid next season and twice tested with Renault this year.

Renault admitted it was evaluating Kubica for a race seat in 2018, but after a promising run in a '12 Lotus at Valencia in June, results from a further outing in a '17 car at the post-Hungarian GP test proved inconclusive and the team has instead opted to take Carlos Sainz Jr from Toro Rosso.

But Kubica's manager, Alessandro Alunni Bravi, told Autosport during the recent Italian GP that Kubica now has "no doubts he can drive an F1 car without limitations" and that he has interest from other F1 teams for next season.

Now Rosberg, who retired unexpectedly at the end of last season after beating Lewis Hamilton to win the world championship for Mercedes, will join forces with Bravi to bolster Kubica's quest to return to F1. 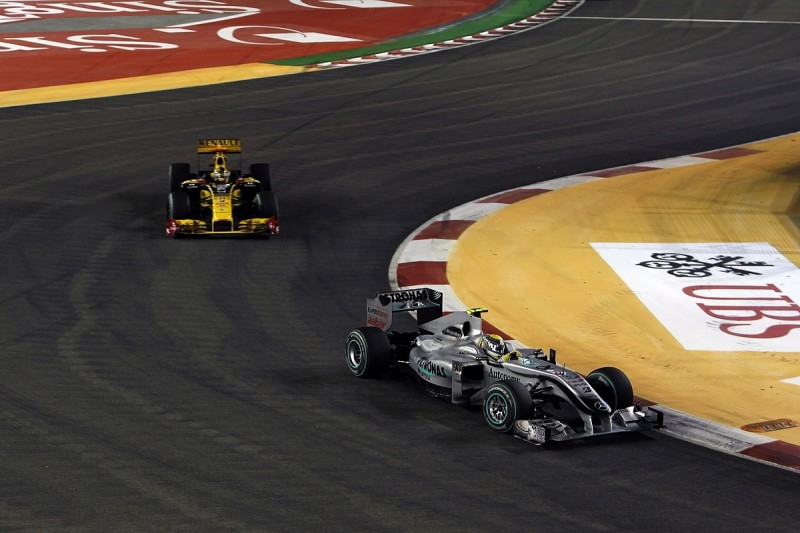 Kubica told Autosport: "It's fantastic to be working on this with Nico. We've known each other since we were kids and he is, and will be, a great asset in my F1 comeback."

Rosberg suggested earlier this year that he would like to remain involved in racing, "maybe as a counsellor or in a management capacity", and has chosen to throw his support behind Kubica, whom he has known since they were teenaged rivals in international karting.

Rosberg said: "Robert and Lewis are the fastest I ever raced against. Therefore, I am thrilled to join forces with Robert on his journey back to racing in Formula 1."

With Mercedes recently re-signing Valtteri Bottas and McLaren expected to retain Fernando Alonso now it has secured a switch from Honda to Renault engines for 2018, Kubica's options for a 2018 race seat appear limited.

Force India has yet to confirm Sergio Perez, though it recently said a deal to retain him alongside rookie Esteban Ocon was "close" to being completed.

Assuming that deal gets done, the only remaining race seats would be at Williams (alongside Lance Stroll), Toro Rosso, which traditionally runs young Red Bull drivers, and Sauber.

Red Bull is expected to promote 2016 GP2 champion Pierre Gasly to Sainz's vacated STR seat after impressive displays in Japanese Super Formula this season, so would have to block that move or dump incumbent Daniil Kvyat to make space for Kubica, who has driven Red Bull's simulator during his recuperation.

Sauber is widely expected to promote Ferrari junior and Formula 2 points leader Charles Leclerc to F1 next year, after signing a new Ferrari engine deal, so would have to deny Leclerc or dump Marcus Ericsson, whose sponsors have invested heavily in the team, to make space.