Williams says George Russell’s Italian Grand Prix driver’s-eye helmet camera is “not ideal” because of the information it captures but it happily runs the technology for Formula 1’s overall benefit.

F1 introduced a version of the technology that has been used in Formula E since the start of 2020 at last month’s Belgian Grand Prix, with Fernando Alonso’s helmet being fitted with the 2.5g camera that has been produced in conjunction with Bell Helmets for practice running at Spa.

Russell became the first driver to wear the camera in a race setting during the sprint qualifying race at Monza on Saturday after it was also used inside his Williams earlier in the weekend.

There has been considerable discussion about whether or not revealing the dash display and steering wheel settings to fans and rival operations puts a team such as Williams at Monza or Alpine at Spa at a disadvantage.

The dash display on FE steering wheels is blurred when the driver's eye camera is used during live action.

When asked by Autosport if Williams minded the situation, the team’s head of vehicle performance, Dave Robson, replied: “It is not ideal, really, I suppose from our point of view.

“But then again if people find it interesting and entertaining then that is all part of the sport.

“It is not where I would choose to put a camera for us but if people like that view then that’s all part of it and it’s OK.”

Robson also revealed that Williams “did discuss it a couple of days ago whether we'd just run it for the two free practice sessions and then take it off”, before allowing F1 to keep broadcasting from Russell’s helmet during the competitive sessions at Monza. 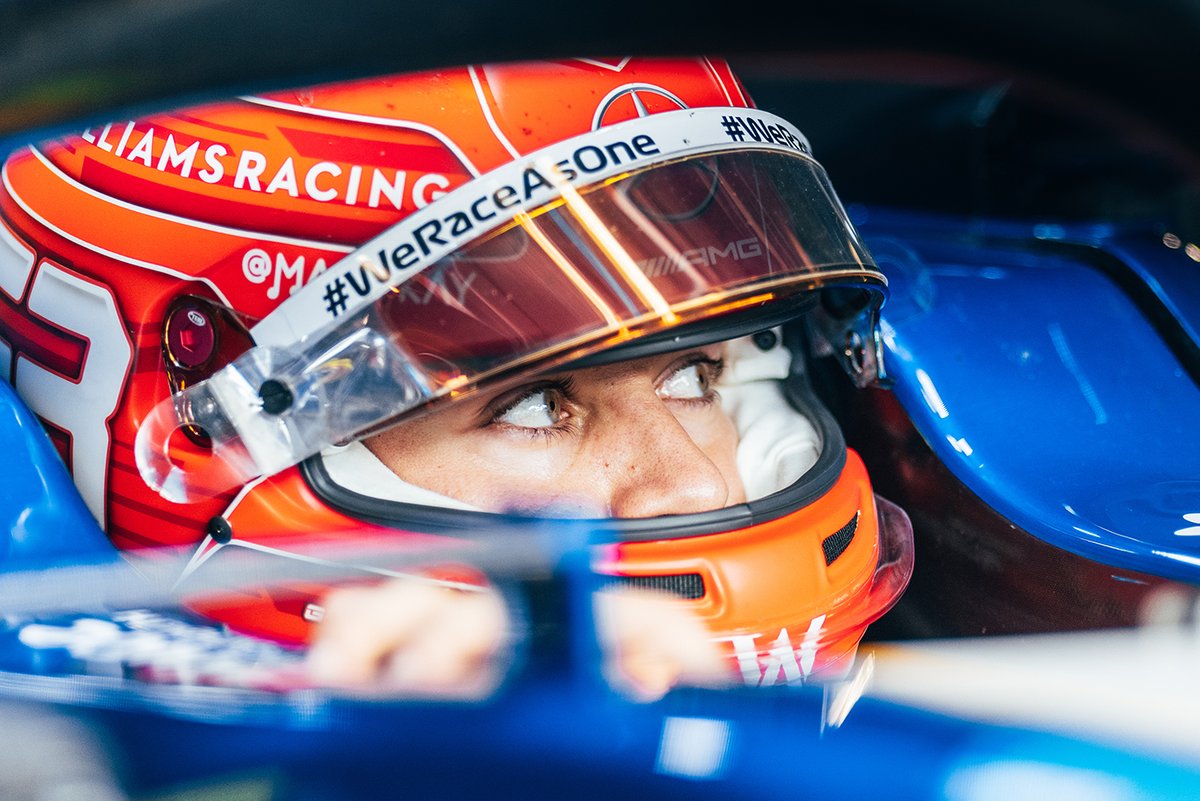 He said “I think we will see it again” in Sunday’s grand prix and that “I've got no particular objection” to Russell or team-mate Nicholas Latifi, who are two of 11 drivers running Bell helmets in F1, being fitted with the camera again at future events.

“Obviously, Formula 1 were keen to run it through the competitive sessions,” Robson explained.

“The installation of it is absolutely fine and it doesn't cause us any problems or disadvantage, it's purely down to what we were talking about before in terms of what's visible on the dash.

“But I think for where we are and for the good of the sport we're quite happy to run it.

“There's nothing in particular to hide on the dash.”

Williams is unique among F1 squads in fitting its dash display permanently to the front of the cockpit, with other teams opting to incorporate the displays – larger, customisable versions of which were introduced for 2014 – into their steering wheel designs.

Robson said Williams has considered moving to a steering wheel-mounted dash display, but “decided it wasn’t really worth the effort”.

He added: “And it was absolutely fine where it is – stationary.

“I don’t know how much [the drivers] look at it when the wheel is turned anyway to be honest – you would like to think they have better things to do at that point in the corner!

“It is something we will continuously review as and when we redesign the steering wheel but we are pretty comfortable with it and where it is at the moment.”