The Williams Formula 1 team has extended its title sponsorship deal with telecommunications company ROKiT from three years to five, taking the relationship to the end of the 2023 season

The news represents a major vote of confidence in the outfit from ROKiT owner Jonathan Kendrick, at a time when Williams's performance on track has been poor.

ROKiT's primary business is mobile phones and wifi services, but the company is involved in other markets, such as the drinks industry.

Despite Robert Kubica and George Russell regularly being slowest at grands prix in 2019, Kendrick has been encouraged by the exposure his company has received since the start of the season.

"I'm happy with my brand recognition and what it's done for me," Kendrick told Autosport.

"Our phones are going into 4000 Walmart stores in the US, and in every car park ROKiT Williams has a banner. 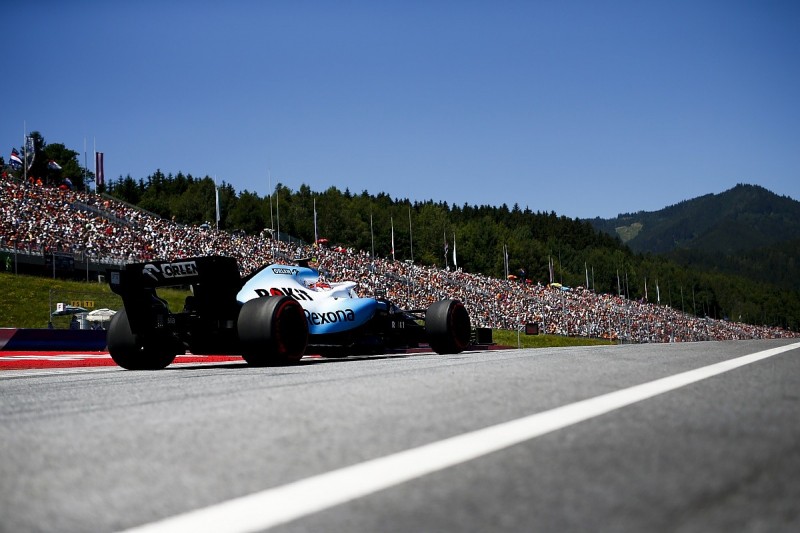 "In India ROKiT Williams is going to be in every one of our wifi cities. So there's masses of potential for Williams to leverage their brand in a way that they've never done before.

"Obviously nobody's happy with finishing last. But I've been to factory, I know what they are capable of, I've seen the incredible engineers they've got, and it's just a hiccup.

"It's cyclical, isn't it? After Ferrari won with Jody Scheckter in 1979, it took them 20 years to win again.

"I know what they've got planned, I've seen what they're doing. We've got to put the finances in place, which we are, and they will be back. I really believe that."

Regarding the extension, Claire Williams said: "This is a natural partnership based on shared values of innovation, engineering excellence and trust.

"ROKiT joined the team at a challenging time and it means a great deal to us that they believe in our vision and are committed to helping us achieve it.

"I've personally enjoyed working with the team at ROKiT and look forward to continuing this work in the years ahead."