Williams has explained why George Russell apologised for setting a “too fast” time mid-way through Formula 1’s Austrian Grand Prix qualifying, which related to its significantly preferred starting-tyre race strategy.

Russell qualified ninth at the Red Bull Ring on Saturday – he will start eighth after Sebastian Vettel’s grid penalty is applied – after getting through to Q3 for the first time as a Williams driver.

The Briton had maintained his record of escaping Q1 at every race so far in 2021 when Williams sent him out for his first run in Q2 on the soft tyres, which the team’s head of vehicle performance, Dave Robson, later explained it “desperately” did not want him to start the race on, as the red-walled rubber is expected to wear heavily during the longer stints.

Williams therefore instructed Russell to back off at the final corners on his soft tyre lap, and he later told Sky Sports F1 that he “just brought it back very slightly” at this point of the lap in a bid to avoid setting his fastest time on that rubber.

But Russell’s 1m04.650s at that stage meant he sat ninth and in contention to progress to Q3 with that time and starting tyre and, as he returned to the pits, he asked on his team radio: “Sorry guys, was that too fast?”

His engineer, James Urwin, replied: “It's on the faster side at the minute, but that's a good problem to have.” 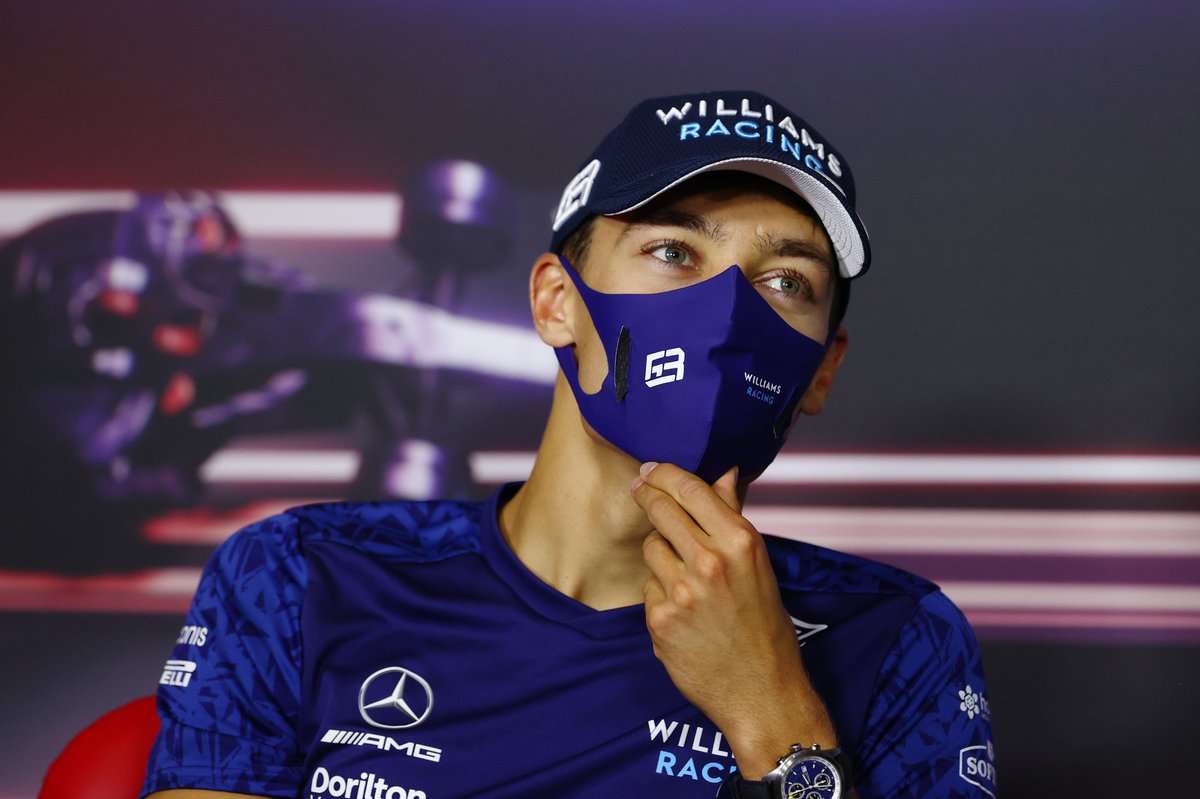 Williams then switched Russell to the mediums, which he used to set a 1m04.553s and secure the team’s first Q3 appearance since the 2018 Italian GP, along with its preferred starting tyre strategy.

When asked by Autosport if Williams had instructed Russell to lift off at the final corners on his soft tyre Q2 lap, which was followed by the apology, Robson confirmed it had and said it was “a very tough call”.

“And it doesn't feel like the right thing to do at the time,” he added.

“But yeah, we desperately didn't want to be 10th on the soft tyre.

“It was a little bit close as to whether we'd backed off enough. But it was just about alright.

“But yes, that's exactly what that was - backing off to make sure we didn't start the race on that soft tyre.”

Robson said he was “not completely confident” that Russell would be able to go quicker on the mediums, as he felt “we didn't think we had a Q3 car on absolute pace”.

“That was the first and only set of mediums we ran,” said Robson.

“And we were pretty sure that the laptime delta between the compounds would be different in the hot conditions than it had been [on Friday].

“So, during qualifying, we were a little bit surprised when some of the cars rolled out in Q1 on the option, but at least it gave us a chance to try and recalibrate the offset.

“If anything, I think George was probably a bit quicker than we would have liked on that first run on the softs in Q2.

“So, we were a little bit concerned. But I think we felt, even if he couldn't better his time, probably other cars would do enough to knock him out.

“I think we would have just about got away with it even if he hadn't been able to do such a good lap on the medium. But yeah, it was touch-and-go for sure.” 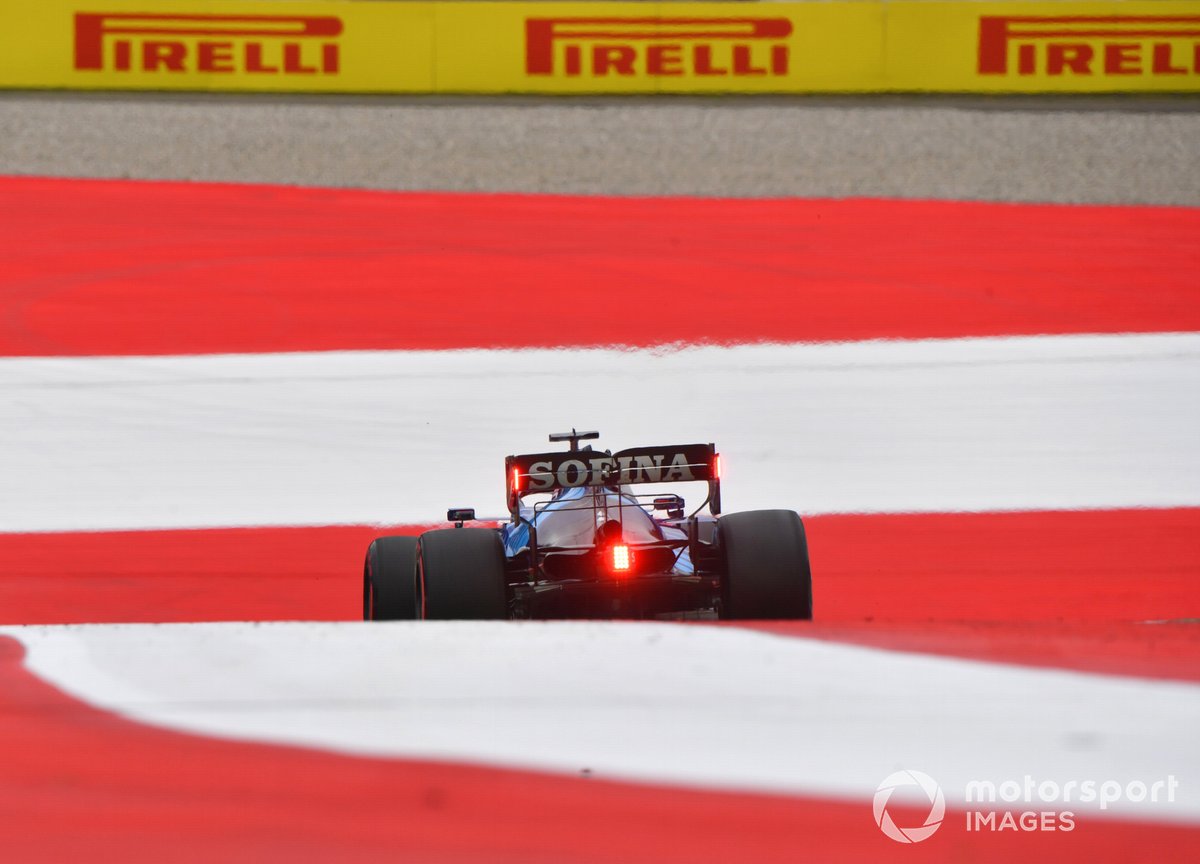 Russell’s “solid”, per Robson, sole Q3 lap back on the softs ended up being 0.038s slower than he managed in Q2, but he nevertheless still beat Lance Stroll’s Aston Martin and will start with tactical advantage over the Canadian and the AlphaTauri pair Pierre Gasly and Yuki Tsuonda – just ahead on the grid.

Regarding Williams’ expectations for the race, following Russell’s strong pace in last weekend’s Styrian GP before his retirement due to a loss of pneumatic pressure, Robson said: “We'll have to see whether we were right to fear starting on the soft tyre.

“Hopefully we were, because there's two cars ahead of us starting on that tyre.

“Hopefully they'll have to pit relatively early, which will allow us to move up.

“And then to be honest, based on the first stint that George did last week, we can definitely fight up there.

“We might be a little bit ahead of the true pace of the car [with this qualifying result]. And there's clearly some quick cars behind us.

“And the Ferraris were exceptionally good last Sunday, having been maybe not quite as good in qualifying by their own standards.

“So, there's a lot of threat. We're definitely not going into [the race] convinced we've got some right to score some points - definitely not.

“But I think we can fight and it will be a scrap.

“And this tyre combination – depending on the track temperature we find – could be quite fascinating.

“Everyone's going to have to be pretty sharp on their game to make the most out of it.

“Hopefully, we're one of those. But, yeah, I think the result for us could hinge on a few very decisive, but brief moments potentially. You've got make the right call.”