Will Stevens is hopeful he has done enough with Manor this year to earn another deal with a team he believes will finally be "competitive" in the 2016 Formula 1 season.

Having emerged from administration, Manor is using a year-old F1 engine and chassis in 2015, but will be powered by Mercedes, enter a technical partnership with Williams and build a new chassis next year.

"Obviously this year was always going to be difficult, but with Manor I have good stability, I know the team well and I really enjoy working with everybody here," Stevens said.

"The package they're bringing for next year is going to be a lot more competitive than what we've had this year.

"I feel it would be nice to have a year with this team where we would have more of a chance of scoring points and fighting for position.

"We just need to work out what's best for me and move forward from there.

"But I'm enjoying working with these guys and I don't see why it can't continue into next year."

With Manor becoming a far more attractive proposition, Stevens is set to face competition for the seat.

"Discussions are going on all the time at this time of the year, and it's obviously no secret lots of drivers are trying to sort out a deal," he added. 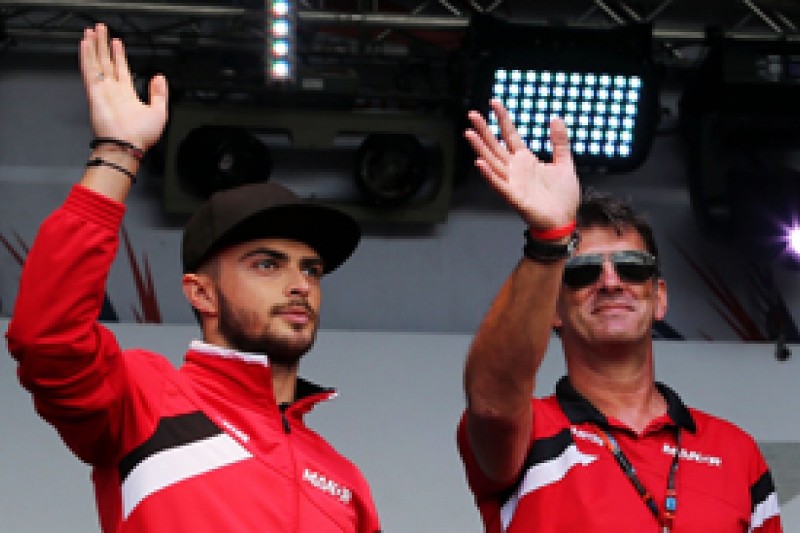 "We're no different to that. At the moment, we're trying to evaluate what we want to do and what we feel is the best move for my career for the next few years."

The team moved into its new base in Banbury last week, having been forced to operate out of its old site in Dinington and temporary offices at Silverstone.

"The cars and flyaway stuff don't return until the end of the season, so we still haven't fully moved in until that comes back," sporting director Graeme Lowdon told AUTOSPORT.

"But the offices are populated with everybody, and it's nice to have everyone back under one roof again.

"If you look at the past five, six years, we've operated out of a number of different factories, so we know better than most the pros and cons of working out of multi sites.

"You do have to manage things differently when you're structured like that, but bringing everything under one roof has quite a lot of tangible benefits.

"Without doubt, for our future, we will benefit from it."

The team is also rebuilding towards its intended staffing levels.

"We're still recruiting, some of them from some time ago as we're still waiting for them to join as they are on long notice periods at other teams," added Lowdon.

"We were just under 200 previously. For how we are structured and the budget we have, the design of car, we're not structured to go above that level, that's for sure.

"I'm not sure we'll go up to that level again, maybe 10 to 15 short, because we have found areas where the budget doesn't require that many people."

Bernie Ecclestone reveals Formula 1 could be sold 'this year'