Lewis Hamilton may be serving a 10-place grid penalty for Sunday's Formula 1 Turkish Grand Prix, but it does not mark the end of Mercedes’ engine concerns.

Hamilton will start from 11th place at Istanbul Park after Mercedes was forced into changing the internal combustion engine (ICE) on his power unit, exceeding the season limit of three elements.

The charge to pole on Saturday helped Hamilton “limit the loss” from his penalty that Mercedes F1 boss Toto Wolff said it was “clear” had to be taken at one stage in the remaining races.

But unlike Red Bull, which lost one of its engines on Max Verstappen’s car in the crash at Silverstone, Mercedes’ change suggested that a concern had arisen on the ICE - after all, none had been lost.

Mercedes has seen its previous power unit advantage get ebbed away this year after a significant step forward by Honda for its final F1 season, having fast-tracked its planned updates for 2022 to give Red Bull a boost in the title fight.

Wolff opened up about the issue that had emerged on the engine, saying that when teams “push the boundaries with power unit performance”, it was inevitable that they would “experience some obstacles”.

“Our power units have been the most reliable since the introduction of the hybrid engines in 2014,” Wolff said.

“Because these boundaries are being pushed, we have seen examples of, let’s say, unusual noises, within the combustion engine that aren’t completely understood at that stage yet, and therefore caused some trouble in the past.

“We had engines that basically failed, and now it’s about containing the problem, because in that phase, redesigning parts is not something you would tackle.”

The proximity to the end of the season and current in-season freeze on power unit development means it is not as simple as working on a fix and implementing it. The added challenge for Mercedes in resolving the issue is the incoming power unit freeze at the start of 2022, locking in the engines until the introduction of the next generation of power units. 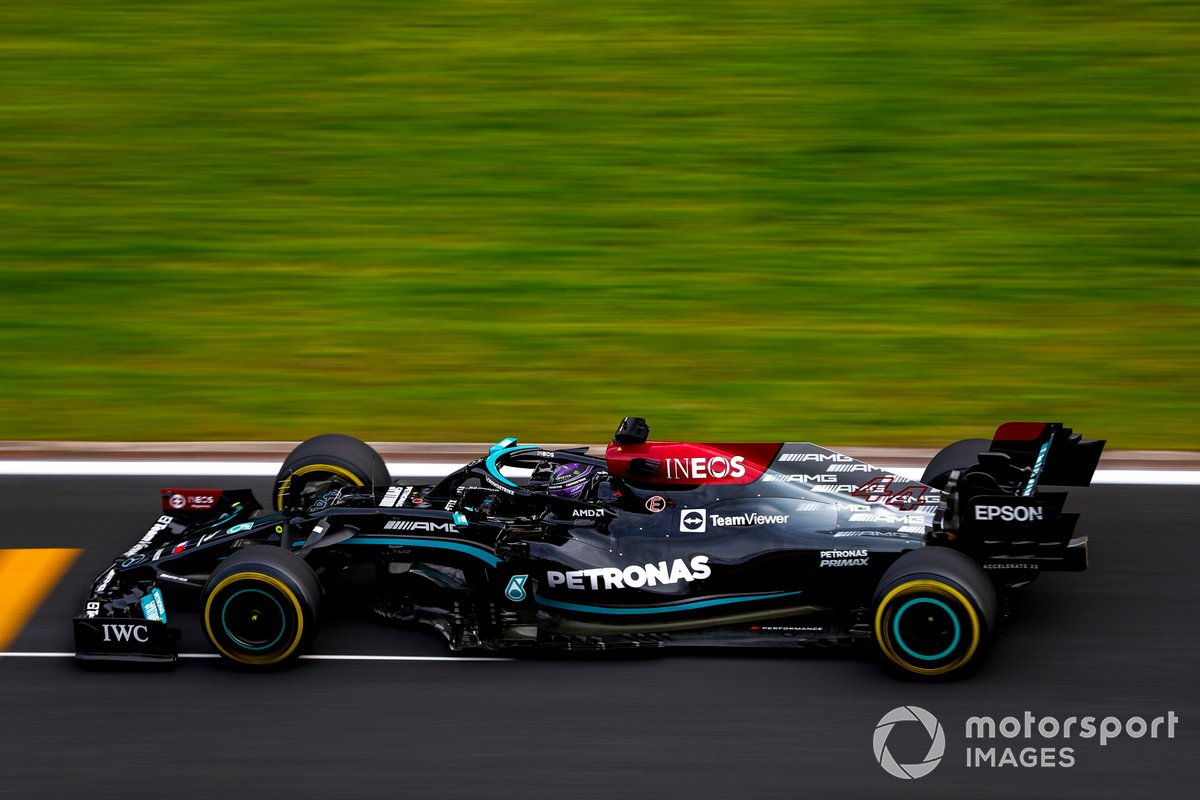 "Balancing performance and reliability has always been the key metric in the past couple of years, and it will be also going forward,” Wolff said.

“We will not be carrying any deficits into next year, because the deficits are being understood. And now it’s about finding solutions that contain these.”

Hamilton said after qualifying on Saturday that he thought winning in Turkey on Sunday would be “very hard from 11th, but not impossible”, with the fact the team only took an ICE and not a full power unit ensuring he was not resigned to a back-of-grid start.

“The other parts like the turbo or the other auxiliary elements are in wonderful shape and really happy, easily within the mileage limits,” Wolff said. “Therefore we didn’t need to take new components.”

Hamilton also claimed after qualifying that he had been “pushing to hopefully keep engine number three” to avoid the penalty. Wolff acknowledged that while it was still in the pool and available for Mercedes to use through the rest of the season, it would have to plan its usage carefully.

“The question is how and when do we want to deploy [engine] number three which is still in the pool,” Wolff said.

“That’s something we need to assess in the next couple of races. Because you could decide whether to run it only on Fridays, or also run it on Saturday or Sunday.”

He added: “We still have the third engine to help with that but we are not quite sure how far we want to push this engine. It is not necessarily only milage, it is more about understanding a different reliability topic.”

Containing the engine issue will be an additional task for Mercedes to juggle amid the fierce title fight against Max Verstappen and Red Bull.

The focus will be on getting to the bottom of the issue in time for next year’s engine freeze, as well as ensuring any limitations are managed through the final phase of this year in order to any further setbacks.