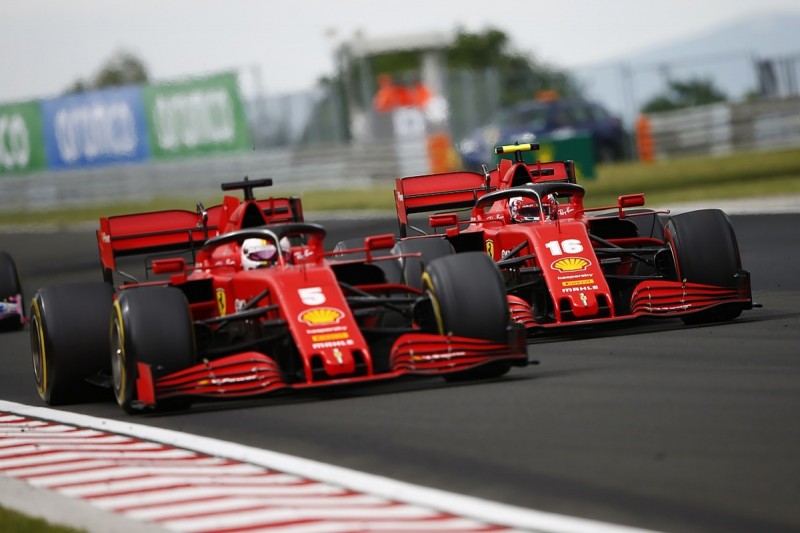 Ferrari placed much hope on its aerodynamic upgrades improving its form in Hungary, but while both cars made Q3 for the first time in 2020, judgement on their efficiency will be reserved as its greater struggles in the power department remain

The most salient facts about Ferrari's season so far make for sobering reading - at least, if you're a Maranello employee. After three races, Ferrari currently sits fifth in the constructors' standings, with 27 points to its name and a quarter of Mercedes' current haul.

Despite Charles Leclerc scoring a surprise second place in the season-opening Austrian Grand Prix, Ferrari decided to fast-track its planned Hungarian GP update package in time for the Styrian Grand Prix - but thanks to Leclerc's over-eagerness into Turn 3 on the opening lap, neither he nor Sebastian Vettel could gather a race's worth of data on them.

Jake Boxall-Legge Autosport’s Technical Editor. Having studied Automotive Engineering with Motorsport at the University of Hertfordshire, West Country-born Jake's original ambition was to design racing cars. During a year between studies in which he accidentally rekindled a love of writing, he took up a Master's in Motorsport Engineering at Oxford Brookes. Halfway through his master's year, he was offered a place on the Autosport Academy, conducting occasional freelance duties before becoming the press officer for Formula 2 and GP3 in 2018. Autosport offered him a return to the fold later that year to serve as its Technical Editor. His voice appears on a number of videos and podcasts, and can often be found writing about terrible Formula 1 cars in excruciating detail. In his spare time, Jake enjoys baking and blames his failure to make it past the Great British Bake-Off interviews on his tenuous grasp on choux pastry. His dream is to open a brunch cafe - and his willingness to make outrageous puns in inappropriate situations has earned him the contempt of his colleagues.

Why Hungarian GP was a race to recover from embarrassing errors