In the previous era of ultra-high-downforce, F1’s corresponding overtaking challenge meant teams would often focus more on setting their cars up to gain places in qualifying, knowing drivers behind would struggle to follow and wear their tyres more than a rival ahead at the same time.

The switch back to ground effect designs for 2022 has meant this phenomenon being reduced as dirty air is thrown higher and wider away from following cars, reducing extra sliding from drivers grappling with unpredictable oversteer snaps.

This has been a key factor in why Ferrari’s 10 poles to Red Bull’s five so far has nevertheless resulted in Verstappen’s squad more often than not being able to pass by in races – not including those where Ferrari’s strategy and driver blunders have gifted positions.

Ferrari’s F1-75 package has also generally been stronger on higher downforce tracks compared to Red Bull’s RB18, which led to Sergio Perez declaring the Scuderia to be “particularly strong around this place [Singapore]” in the pre-event press conference.

Sainz responded by saying, “if they think we’re going to be competitive, imagine what we think about how they’re going to be [as] they’ve won the last five/six races”, before suggesting the Singapore track’s layout will bring back the pole premium – as remained the case at Monaco earlier this year. 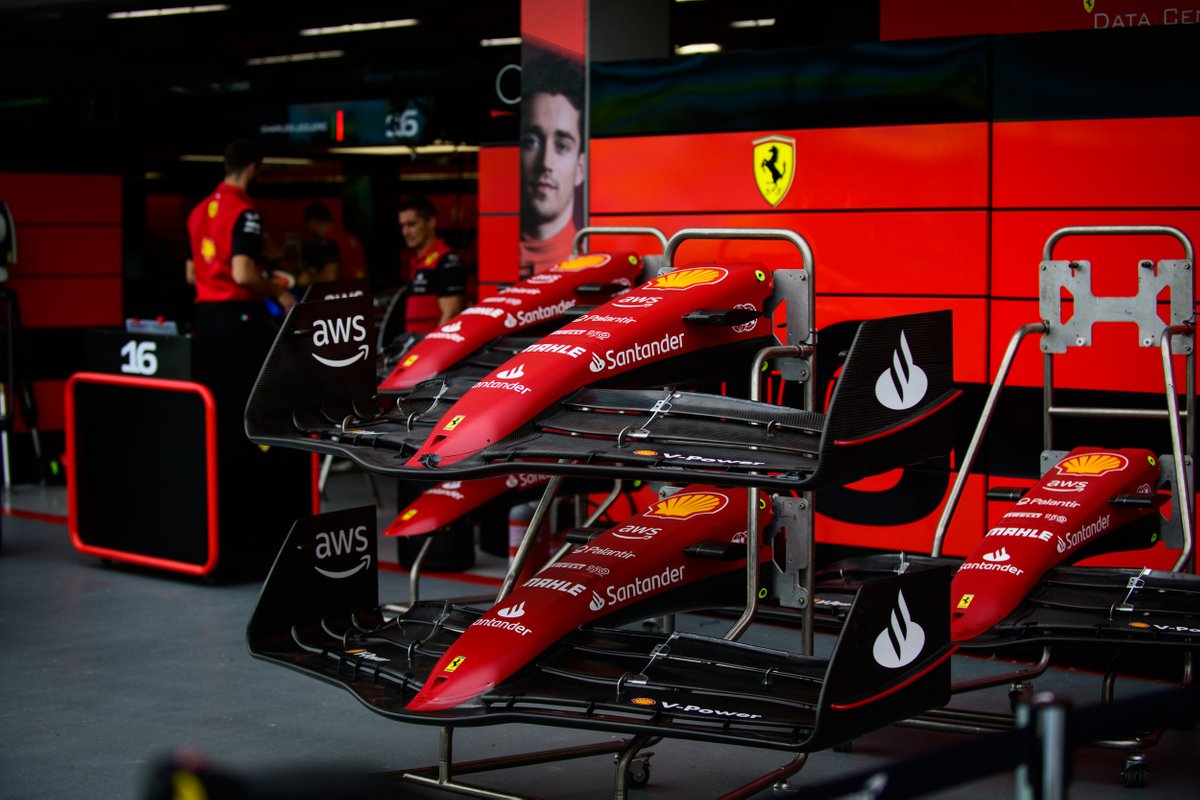 Unlike in the following street track in Baku, which has very long straights that aid overtaking, Singapore features a slew of medium speed corners with one line, while its acceleration zones are not as long.

This combination could therefore negate the improvements to F1’s overtaking show seen so far in 2022, which would encourage teams to focus more on qualifying and rely on their drivers hanging onto higher grid spots as was the case in the previous era.

Such an approach would suit Ferrari’s 2022 strength in qualifying, while at the same time alleviates pressure on its race-pace collapse against Red Bull in recent events.

“I think we can definitely bring the fight,” Sainz added, “especially in qualifying.

“It’s a track where if in the race you’re ahead you stand a bigger chance of winning the race than what we did in Spa and Monza when we were starting ahead of them.

“So, we’re going to give it our best shot – try and nail the qualifying and see what we can do in the race.”

Adding to the intrigue is Verstappen’s words to similar effect, which suggests Red Bull is so concerned about overtaking around Singapore it is primarily targeting beating Ferrari to pole – as it failed to do in Monaco.

There, rain thwarted Charles Leclerc’s run to a likely home victory and bad weather may also be a factor teams have to consider when it comes setting up their cars for the first Singapore race since 2019.

“I do think that our car might suit it a bit better than what we have done in Monaco,” said Verstappen. “But we really need to focus over one lap.

“This year, I think we've never really been incredible over one lap. We've always been good in the race. But around here, we know that one lap performance is really important.”

When asked if Red Bull was considering sacrificing long run pace for its best potential on a qualifying flier, Verstappen said: “Yeah, I mean, you can set it up more over one lap that for a race, that's for sure.

“But on most of the tracks then in the race you will struggle a bit more around. Here, you might get away with it.”