On Wednesday Lando Norris takes over from Stoffel Vandoorne in the McLaren-Honda in the post-Hungarian Grand Prix Formula 1 test, his prize for winning the 2016 McLaren Autosport BRDC Award

Over the last 28 years, many British drivers have got their first taste of F1 thanks to winning the Award.

Since Lewis Williamson won in 2010, the victor has received their F1 drive at Silverstone the following year, during a break from the latest finalists being tested in Formula 2, DTM and GT machinery.

The F1 car in question is always a few years old, with Button's 2011 Canadian GP-winning McLaren MP4-26 being the usual mount recently.

And that's why Norris taking his prize in a current car, in an official F1 test, at the Hungaroring this week, is such a big deal.

The European Formula 3 star's first run in an F1 car actually came in Portugal earlier in the year, but that was essentially to help his preparation for Hungary.

After a revamp of the Award last year, a simulator role at McLaren became part of the prize. Not only is this a good opportunity for the drivers - with sims increasingly becoming part of motorsport - it also gives the Woking squad a chance to assess them further.

Given his abilities in online gaming - Norris is part of one of the best online racing teams in the world - and his outstanding karting and junior racing CV, Norris's pace will not have been in doubt. But the sim work will have helped provide answers to other important questions.

What is his feedback like? Work ethic? Ability to operate within a team? Willingness to learn? These factors, almost as much as speed, determines who will be successful in F1.

The fact McLaren has decided to put the 17-year-old in the McLaren-Honda MCL32, so soon into their relationship, suggests he has passed all the tests with flying colours. 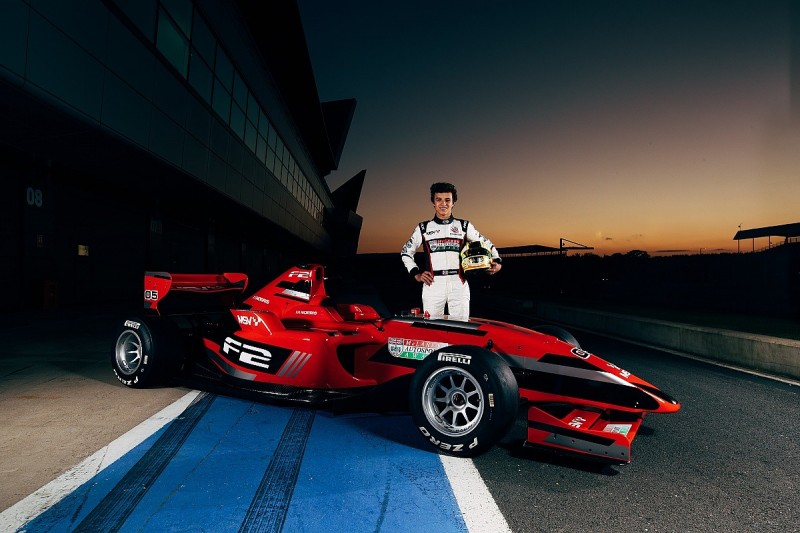 That's not a huge surprise given his performances during the MABA tests at Silverstone last year. More than one judge on the experienced panel was moved to suggest Norris is the best finalist they had seen for years. Perhaps since Button, nearly 20 years ago.

Norris is also one of the standout drivers in F3 this season, only a small error preventing a hat-trick of wins at Spa last weekend. He is currently second in the points, behind third-year driver Maximilian Gunther, who is driving for the Prema team that took Lance Stroll to the 2016 crown.

Norris's career shows no signs of losing momentum and his approach demonstrates a maturity that belies his age. There were times at the test where the other finalists seemed to be trying to rile him, get under his skin, but it made no difference. He delivered in every car.

Button started his F1 career with Williams a mere 15 months after being announced as the 1998 Award winner, after taking the British Formula Ford championship (forerunner of the MSA Formula category Norris won in 2015) and starring in F3.

It's a bit far-fetched to expect Norris to be on the Australian GP grid next March, but all the signs are that he will become an F1 driver.

And more than that, he'll be a star worthy of joining the list at the top of this page.