The Japanese manufacturer headed every speed classification in the 2019 season opener, leading the way at the speed trap, start/finish line and both intermediates around the lap.

On face value that supremacy simply bolsters an already encouraging result for its new team Red Bull, which scored Honda's first podium since 2008 at the first attempt.

But these numbers are significantly impacted by different factors - including the use of DRS, engine modes and the availability of a tow from another car - and this limits the value of drawing conclusions from speed trap information from the race alone.

A qualifying comparison is fairer, though, and Honda continued to show even greater competitiveness than its encouraging 2018 season.

The top speed recorded in 2019 Australian GP qualifying was 200.4mph, set by the Mercedes-powered Racing Point of Sergio Perez. 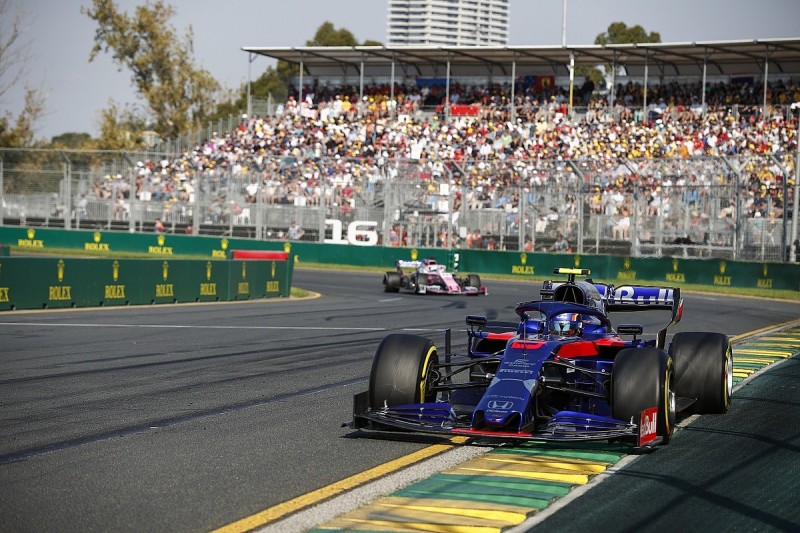 However, the lead-Honda powered car - Alex Albon's Toro Rosso - was very close behind at 200.0mph.

Honda is wary of reading too much into any speed-trap analysis, although jokingly acknowledges that it is better to be closer to the front than the back.

"It is very much affected by the conditions," Honda's F1 technical director Toyoharu Tanabe told Autosport.

"The position in the top speed is not very important for us. But it's better than being bottom!"

Critics could point to Red Bull's position in the pecking order - just below the average, at 197mph to 198mph - and argue that as it remains unchanged, Honda's made no difference.

It is true that the speed traps do not emphatically tell us Red Bull is better off with Honda than with Renault, because the Renault-powered McLaren team also features strongly in this metric.

However, it does provide further evidence that Red Bull has not suffered from the switch, and is indeed starting at the level it ended 2018 - which was the initial target.

The performance of Toro Rosso suggests Red Bull is not chasing an ultra low-drag set-up to try to battle an engine deficit.

While this lowers Red Bull's top-speed potency in qualifying, it is still in the ballpark and able to fight in race conditions. 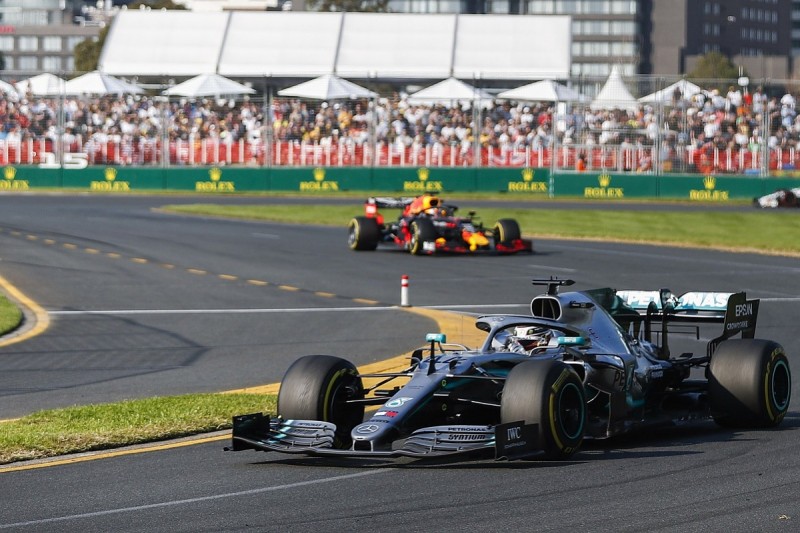 That tallies with Verstappen's ability to "have a go", as he put it, on the straights compared to the Ferrari and Mercedes, when the tow would have negated the impact of the Red Bull creating more drag.

Expanding the data comparison to when Honda first rejoined the grid in 2015 reveals just how much it has improved relative to the competition.

Last weekend's qualifying session was the first time Honda has been above-average in the speed traps in Australia.

When it first reappeared with McLaren in 2015 it was woefully off the pace, clocking 194.4mph through the speed traps compared to a 200.5mph average and 204.4mph peak.

In fact, Honda's progress is such that it can boast a 6mph speed-trap gain in the last four years despite the grid's average falling by 2.5mph.

This is a result of the aerodynamic changes of 2017 and '19 to bigger wings and increased drag, although the effect of the bigger rear wings of this season is offset in itself by a stronger DRS effect.

The bottom line is that Red Bull's main reason for switching to Honda was having more faith in its ability to progress than Renault's through the season, and beyond.

That means the pure performance Red Bull enjoyed with Honda at the first race should leave the team even more encouraged than the headline result itself.