But with McLaren failing this season following the introduction of the Honda engine and Lotus barely producing an update of any description given its financial status and impending Renault takeover, it could be said Force India has fortuitously inherited fifth.

The key now will be to prove this season is not a one-off, and deputy team principal Bob Fernley believes the team can build for 2016, and on into '17 when the regulations are set to change.

Fernley told Autosport: "Consolidating our position is key for '16, and giving ourselves - as an independent team - the best platform to build a competitive '17 car.

"Credit to the team. They dug deep in the first half of the season and optimised the opportunities in the second half."

The team was always aware the introduction of its B-spec car would be delayed, primarily given the necessity for proving results in a new windtunnel.

Earlier this year Force India switched to the Toyota facility in Cologne as the team felt it had gone as far as it could with the one previously used in Brackley.

Fernley added: "The biggest single change to us was the windtunnel where we knew it would hurt us badly for the first half of the season, and there was nothing we could do, but what a great decision we made in the end."

Force India had to run with the A-spec for the first eight races, with drivers Nico Hulkenberg and Sergio Perez in the top 10 on seven occasions between them, collecting a total of 31 points.

"Our goal was to extract the maximum out of it and really be there at every race to pick up whatever we could," said Fernley.

"Our team was amazing in the fact they dug so deep to get what was an under-performing car delivering very, very good results."

B-spec proved the wait was worth it

From the outset at the British Grand Prix in July, the team's improved package, sporting a heavily-revised chassis, was an instant success.

Problems arose in the subsequent race in Hungary as Perez and Hulkenberg suffered suspension and front-wing failures respectively over the course of the weekend, since when the results have been impressive.

Fernley said: "We had a few issues with the B-spec, but it has ultimately delivered the performance and results we fully expected.

"We're a team that has consistently punched above its weight from day one, but this result is justification for all the effort, work and investment that has been put in over the years." 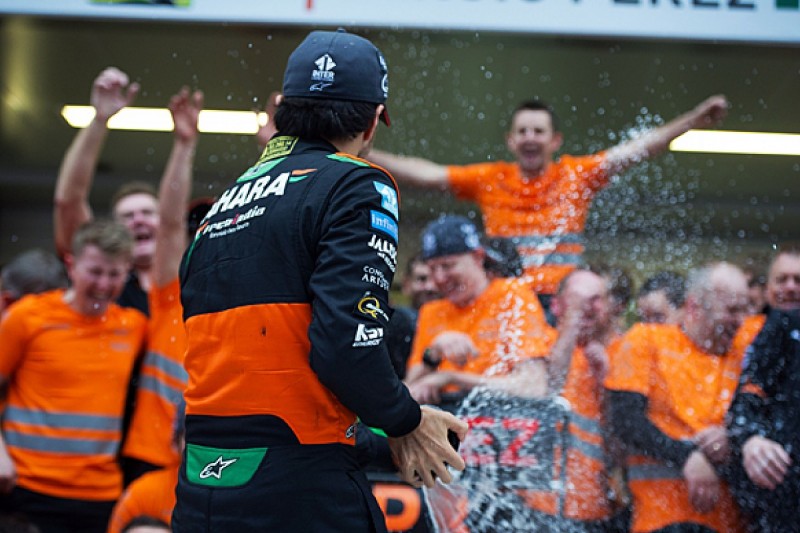 Analysis: The mood of change at Ferrari with an eye on F1 future