At the Hungarian Grand Prix, Force India appeared to be the team worst hit by the change of tyre specifications, introduced in response to a spate of failures in the British Grand Prix.

But Mallya hopes that the same qualities that allowed the team to make best use of the previous tyres will help it to recover.

"We invested in understanding tyres, which hopefully is going to overcome any potential disadvantages," he told AUTOSPORT.

"The [old] tyres did us no favours, we just understood the tyres better.

"When we realised how big a role the tyres would play, we hired one of the best tyre engineers from Bridgestone and supplemented him with one more [later]."

Mallya also warned that F1 must be careful to avoid a repeat of the situation whereby control tyres had to be changed mid-season.

While he accepts something needed to be done to combat the problems seen at Silverstone, he stressed the need for F1 to offer a level playing field to all teams.

"There has to be consistency," he told AUTOSPORT. "Change adds a lot of cost and additional work in understanding the tyres, redesign etc.

"I'm not suggesting what happened, with tyres delaminating, is the best scene for F1 but having said that, everybody has a level playing field."

There were always going to be winners and losers from Pirelli's understandable decision to change its tyres to a combination of 2013 compounds and '12 construction.

The data from the Hungarian GP weekend is insufficient to draw any definitive conclusions, especially in the case of Force India as the Hungaroring has been far from a happy hunting ground for it over the years.

But it's safe to conclude that Force India has not been helped by the change in rubber, which must be frustrating given the work it has put into it - work that intensified after the team found a massive time improvement on a one-off basis at last year's May Mugello test just because it stumbled into the optimum tyre operating window. 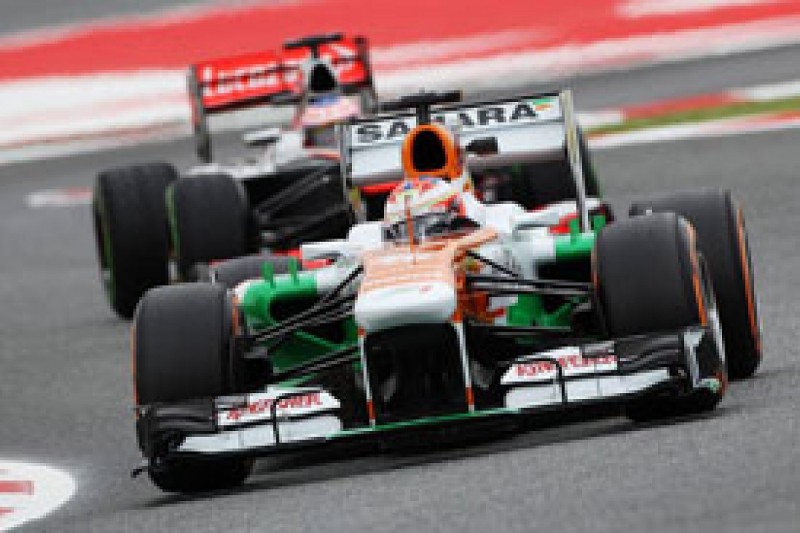 Force India is now only two points ahead of McLaren in the battle for fifth in the constructors' championship, having lost 20 points of its advantage in the past two races - both weekends when the Pirelli rubber has changed.

It would be wrong to say that is entirely down to the change of tyres, not least because McLaren has shown signs of finally getting to grips with its car. But it is very likely a factor.

No wonder Force India was among the teams not keen to change the tyres earlier in the season before the sport entered crisis mode at Silverstone.

The key now is to consolidate and try to re-emerge as a team capable of claiming top six finishes.

If it doesn't, Mallya and his team might have good reason to curse their ill luck having hit the tyre management sweet spot previously.