Vijay Mallya has resigned as a director of Force India and is expected to handed the board role to his son Siddarth, while he remains the team principal of the Silverstone outfit

Mallya says he want to focus on his own legal issues, and doesn't want them to impact the team.

Although best known in his home country as an actor and media personality, 31-year-old Siddarth has also worked in the family business, and served as a director of the Royal Challengers Bangalore IPL cricket team.

"There was no compulsion anywhere to resign, it's just that I decided that my son should replace me.

"I have my own legal issues to take care of, so it's better that the company remains unaffected."

Mallya downplayed ongoing suggestions that the team is close to a sale.

"That's what the F1 paddock is all about. The finances of Force India, whether I'm selling or not selling, has been a matter of speculation on and off for many years. 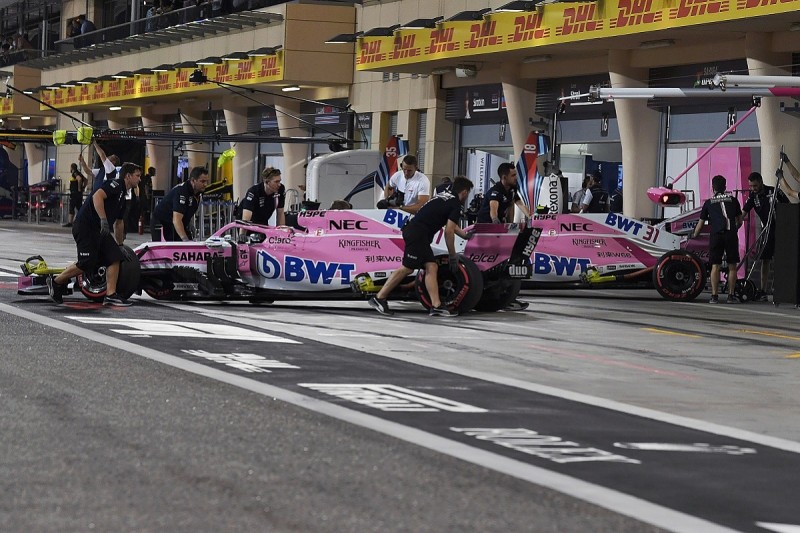 "There are three shareholders, remember, I'm not the only one.

"If somebody comes along with a serious offer, and puts cash on the table, we will jointly consider it."

Mallya also denied rumours Mercedes might strengthen its ties with Force India by extending the current cooperation on engines and gearbox and making into a junior or B-team.

"I have not had any discussions with Mercedes, they have not made any approach to us," he said. "This hasn't even featured in casual discussions."

Regarding this season's form he said: "We've not had the best of luck. Last year we had the good fortune of both cars finishing, and both in the points.

"This season for one reason or another both cars have not finished in the points yet. Hopefully that will get corrected as the season goes on.

"In terms of competitiveness and race pace this is evolving, and we're getting better through the year as we develop.

"We're quite pleased with where we are, we just have to make sure both cars are in the points from now on. There's a long way to go."

What F1 is trying to prevent with its 2021 rules