Sebastian Vettel says his brief appearance wearing his underpants outside his race overalls at the Formula 1 Miami Grand Prix was a “piss-take”.

The use of fire retardant underwear has become a talking point in recent grand prix weekends after a clampdown by new FIA F1 race director Niels Wittich.

Following the letter of the International Sporting Code, Wittich has told drivers not to wear their normal pants or any form of jewellery while driving as a safety measure in case of fire.

The subject of potentially flammable apparel emerged again on Friday in the regular team managers’ meeting.

Several drivers have expressed their frustration about the new focus on the subject, and before FP1 on Friday Vettel was seen in the paddock and pitlane wearing his Puma pants on the outside of his Aston Martin overalls in the style of Superman.

Asked by Autosport if his appearance was a form of protest about the rule, the GPDA director said: "It was just a piss-take. I don't care, but it's just funny that we keep talking about it."

Vettel meanwhile had a low-key day on track in Miami, finishing FP2 in 14th place after a slight slip when he had a late spin.

"It's a tricky one,” he said of the circuit. “I think we still can tweak our car to adapt a little bit more to the track. But yeah, overall I think it's fun, it's very quick.

“There's a lot of straights. Most of it is quite blind, which makes it very tricky for traffic, and I think the racing will be tricky. And then on the other hand, there is the asphalt that is breaking up. The patches they've put in some places work well.

"Like everybody else, obviously we'd like to do a bit more laps, especially when the track's new." 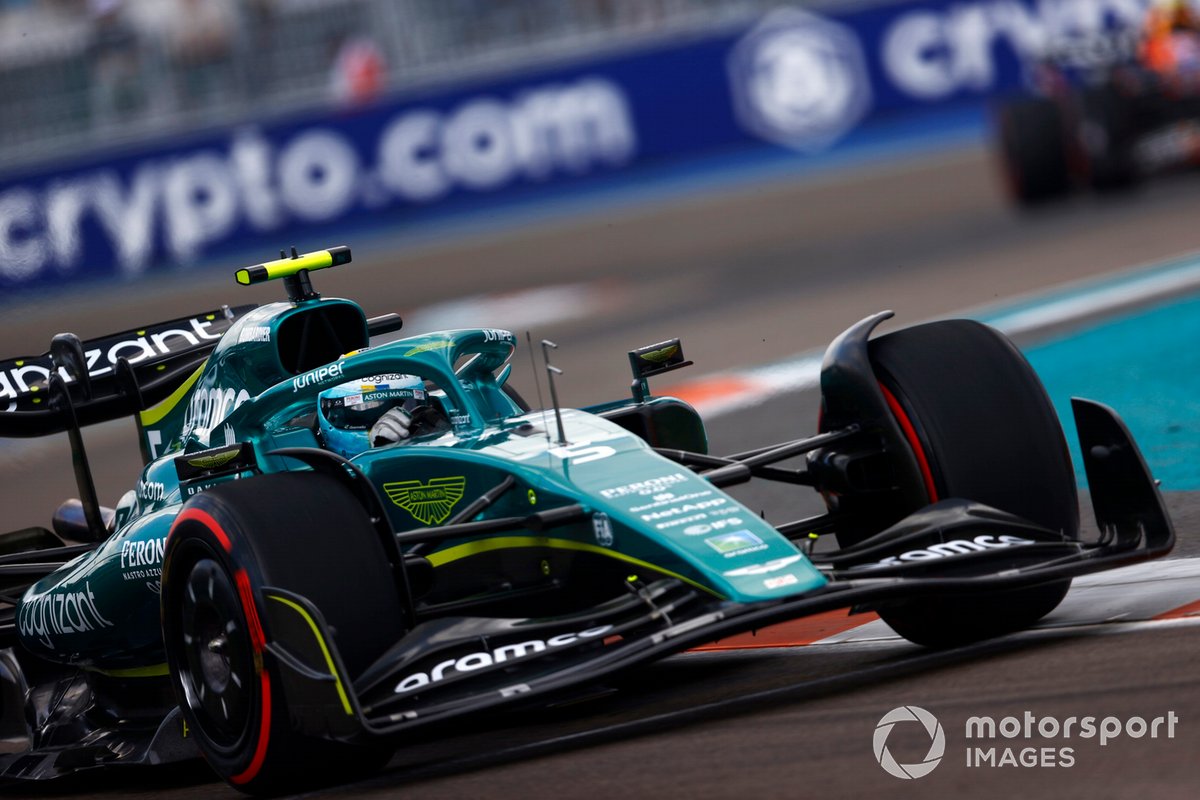 Vettel cautioned that passing may not be as easy as had been anticipated: “If we want to race, then we need to be able to go side-by-side, and at the moment it's like there is only one line. Overall, it's good fun.”

Vettel hopes that he can make it into Q2 in Saturday’s qualifying session.

“If I feel really comfortable in the car, then I think there's a lot more to squeeze," he said. "But it's probably a comment you get from most of the drivers after the first day here.

"So that would be crucial. And then I think we can improve a little bit. Probably somewhere around P10 to 15, that's realistic, but I would hope that it's more than that.”